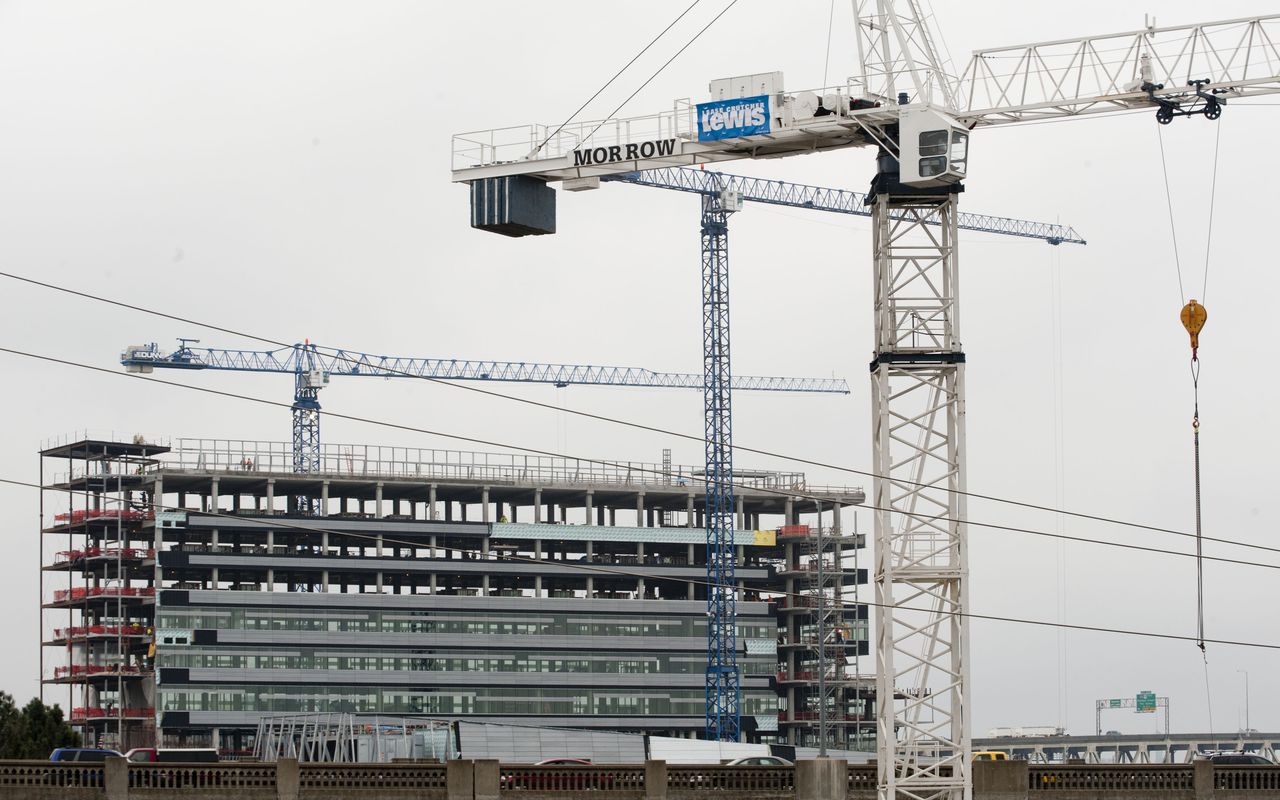 Here’s the Oregonian’s weekly look at the numbers behind the state’s economy. Here you can view past installments.

Some of the tallest structures on the Portland skyline in recent years have been towering construction cranes. The city was a booming city with a variety of large new industrial, commercial, and residential projects from Hillsboro to PDX.

Since 2016, the number of cranes in Portland has topped the six-monthly crane index for North American cities by Rider Levett Bucknall. Most of the metropolitan area’s cranes have built mixed-use commercial and residential projects, but they have also built hotels, medical centers, and Intel’s multi-billion dollar factory expansion in Hillsboro.

Now, however, the cranes are starting to fall, coinciding with a wider decline in construction activity in Portland. The number of new building permits filed in Portland last year fell 27%.

“We also see it in large projects that have nothing behind them. Intel had the largest cranes in the world out there, and that’s about to happen, “said John Tapogna, president of EcoNorthwest, in a presentation this month on the regional economic outlook.

“Watch out for a couple of years,” said Tapogna, “and it doesn’t seem that it will.”

The number of large construction cranes in the Portland area decreased only slightly last year – from 30 in the summer of 2019 to 27 last fall. However, Tapogna expects the downward trend to accelerate in the next few years.

In addition to Intel, major projects currently being carried out across the metro area include a terminal upgrade at Portland International Airport, the expansion of the Nike and Adidas locations, the growth of Oregon Health & Science University on the South Waterfront and the revitalized Vancouver waterfront.

It is not clear how much of the total construction activity in the region such large projects make up, but it is certainly significant.

For example, the construction industry and unions said the first phase of Intel’s D1X research factory in Hillsboro helped guide the entire sector of the state through the depths of the Great Recession.

It takes years to plan large projects, so the impending slowdown is not related to the pandemic or reputational damage Portland suffered during last summer’s unruly protests. However, if the slowdown continues, it could weigh on the region’s economic recovery.

In the long term, there are a number of options that could help replenish the region’s pipeline with major projects.

Portland Public Schools are continuing to upgrade their high schools, the Oregon Department of Transportation has proposed adding the Rose District to Interstate 5, and talks have resumed for a new Interstate 5 bridge over the Columbia River.

However, these latter two projects are very controversial and there is no certainty as to when they might occur – or if they will occur at all.

Can Montreal tame building season with a ‘constitution’ of rights?