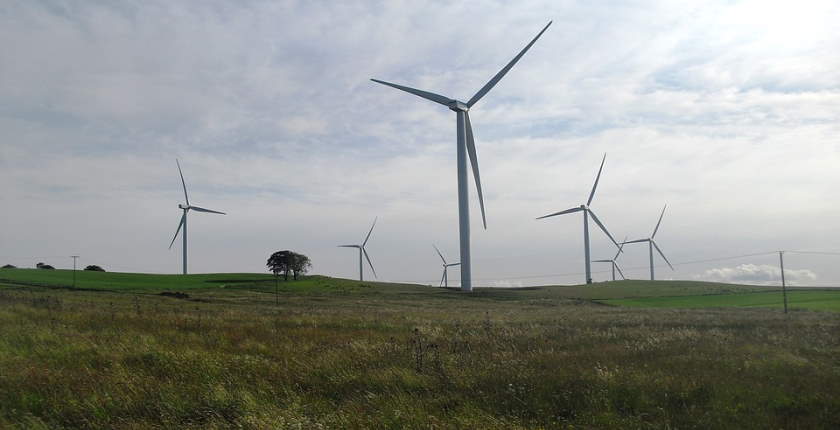 Bogoslovec is said to be the second wind farm in the country. The first was the Bogdanci project, which was commissioned by the state energy supplier Elektrani na Severna Makedonija (ESM) in 2015.

A financing package totaling 51 million euros has been arranged for Bogoslovec, announced the Wiener Erste Group.

As the only mandated lead arranger, major senior lender and agent, Erste Group arranged and structured the transaction and invited local banks, including Sparkasse Bank Makedonija, to be among the institutions that offer financing with a term of 17 years.

It was the first equity investment by the Green for Growth Fund, which is a minority owner of the wind farm

BNB Kompani, which operates five small hydropower plants, has a 65% stake in the Bogoslovec project. It developed it to the approval phase and partnered with the 35 percent minority investor Green for Growth Fund (GGF), an impact investment fund advised by Finance in Motion.

GGF has invested 3.5 million euros in Thor Impex for its very first equity investment to partially finance the construction and operation of the 36 MW wind farm.

The project aims to generate enough green electricity to supply over 20,000 households, resulting in 80,000 tons of avoided CO2 emissions annually.

The Bogoslovec project is directly geared towards the sustainable investment goal of GGF and at the same time supports the country’s broader climate change and the goals for renewable energies. In fact, the project will contribute directly to the implementation of the National Renewable Energy Action Plan of North Macedonia in order to achieve a 50% share of renewable energies in electricity generation by 2024, according to GGF.

The GGF is one of the first specialized vehicles to invest in renewable energies, energy efficiency and resource efficiency measures in its target regions with a blended finance approach, which uses public capital to mobilize private investments.

Curo Energy, based in Prague, is acting as the project’s financial advisor and acting as an experienced construction and operations manager.

In addition, Curo said that it had negotiated and secured the construction agreements with Siemens Gamesa Renewable Energy and the Croatian contractor ING-Grad on environmental and social issues.

The Bogoslovec wind farm is being built 80 kilometers southeast of Skopje near the village of Bogoslovec. The project is expected to be completed in early 2023.

According to Erste Group, Bogoslovec is one of the last wind farms in North Macedonia to sell their electricity at a feed-in tariff as part of a 20-year electricity purchase agreement with the state market operator. North Macedonia has now introduced competitive auctions for market premiums.

Karnataka: Fishermen attempt to bounce into sea to oppose razing of houses for port...