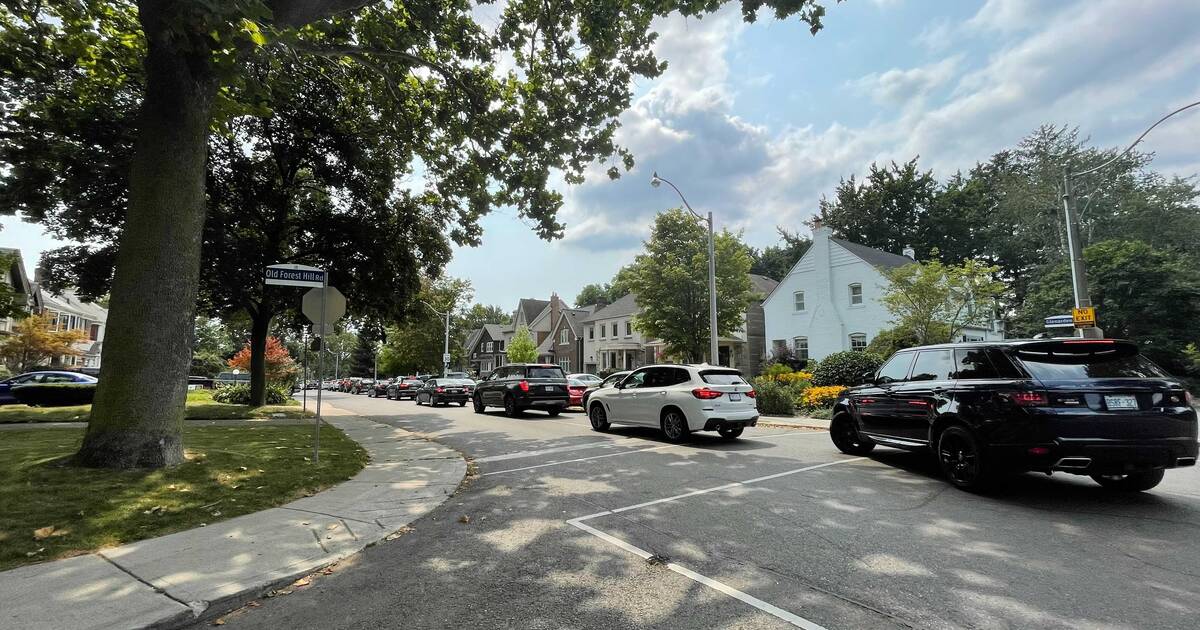 Stop me if you’ve heard this before, but building the Crosstown LRT along Eglinton is causing seemingly endless amounts of trouble.

One ongoing cause for concern is vehicles that want to avoid any delays in the Eglinton construction and are causing a bit of mayhem themselves.

Several streets in the neighborhood, including Forest Hill Road, Old Park Road and Glenarden Road, have been inundated with cars, trucks and other traffic trying to bypass construction going west on Eglinton past Bathurst, where the lanes are reduced and wait seemingly endless just to drive a few blocks.

I could have a great day, but the second I have to drive on Eglinton West is that great day over

The chaos has resulted in more dangerous residential streets and an increase in noise that has upset a number of families.

Not only the residential areas are affected. Several stores and other commercial properties have reported chaos due to construction and bypass conditions.

Crosslinx workers who park all day on construction sites in commercial and residential streets, leaving no more space for customers and an unbelievable amount of noise and dust have made the area a avoided area for many people.

“Sidewalks near the stations are in dire condition with lots of asphalt stains, stumbling blocks and poor accessibility,” Lais Fabricio, BIA manager for The Eglinton Way, told blogTO.

Eglinton West residents should be eligible for low rents or some form of allowance. The construction on Eglinton W disrupts city traffic and the neighborhood in general. No joke, over a decade of “building” with no end in sight. #toronto #eglintonwest

While the construction of Eglinton in Toronto has become a certainty as the opening date of the new LRT continues to be postponed, the spillage of traffic into residential back streets is an issue that needs to be addressed and something that at least one person suggests some gets some sort of grant.

Building Employment Alternatives on the Rise