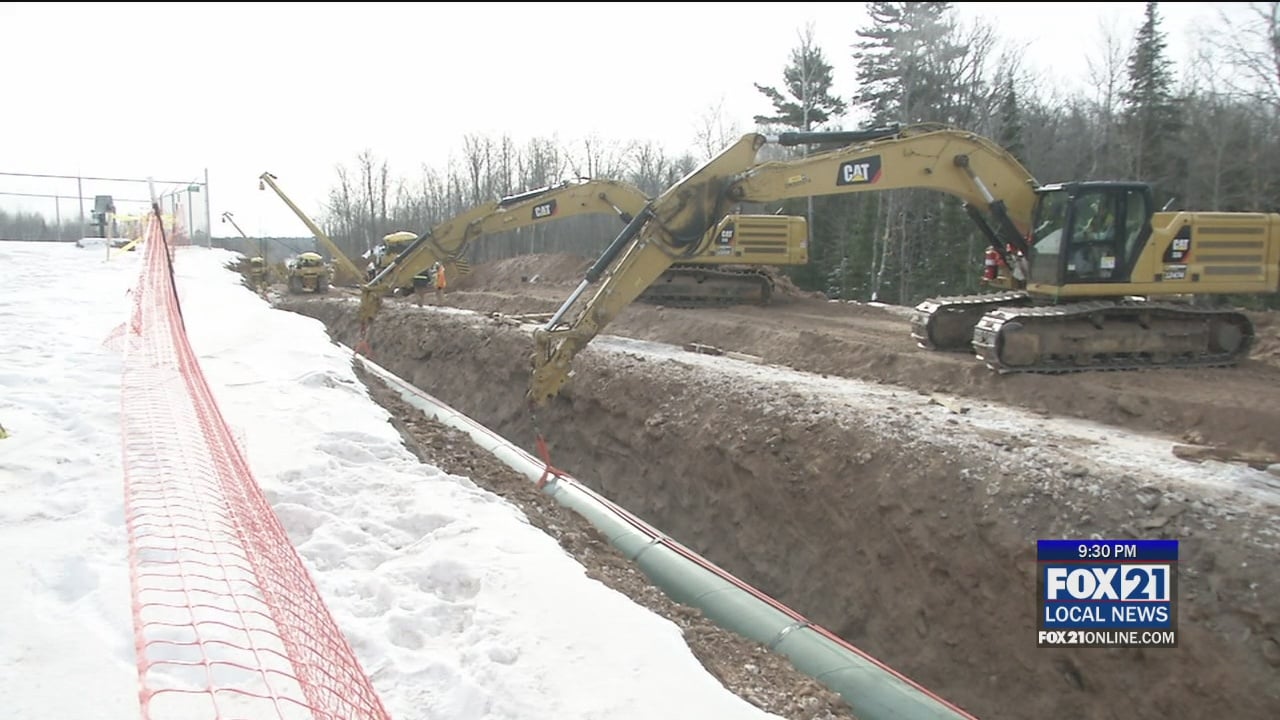 It was on October 24, 2014 that Enbridge Energy filed its termination plan with the Minnesota Public Utilities Commission to proceed with the completion of a massive $ 2.9 billion replacement project on its Line 3 pipeline, responsible for the transportation of crude oil is.

The foundation stone for the Minnesota portion of Line 3 was laid in December 2020.

Enbridge reports success in the first few months after years of working to obtain dozens of permits on the project.

For seven years, the project has been criticized by many indigenous communities and those who work to protect the environment.

It is no surprise that the controversy over the route of the replacement line is arousing the anger of those found on its path, especially those with ties to sacred indigenous lands.

“We’re out here raising awareness of the destruction of this cultural site known as Grandma’s Table,” said Taysha Martineau, a member of the Fond du Lac Band at Lake Superior Chippewa.

The sacred site is on the Fond du Lac Band reservation of Lake Superior Chippewa in Carlton County.

“Many people are ready and willing to do anything to stop Line 3,” said Martineau.

Two months later, the crews continue to work while the planned chaos and excitement unfolds in the distance.

The cultural significance and concern about what might happen cause Martineau to be vocal and create a routine visual presence.

“As Anishinaabe, I learned to look seven generations into the future, but I can’t even see a future for my grandchildren if they build this pipeline,” said Martineau.

Fearing the worst, she expects Enbridge Corporation to understand their concerns and shared hope among members of her tribe.

“I hope that we will continue to raise awareness of the anti-pipeline movement and continue our efforts to stop Line 3,” said Martineau.

It is a goal that most likely will not materialize unless action is taken at the federal level.

Barry Simonson is the right contact for everything that has to do with line 3.

As a project manager, he knows what it took and what was needed to complete this closely monitored, massive overhaul.

Safety is the top priority, ”said Simonson. “In terms of construction, it varies a lot depending on where you are within the 340 miles of replacement.”

Winter weather was crucial in the early stages of the project. Now is the time of crisis as spring returns in northern Minnesota.

“We need a certain amount of frost to safely build the pipeline in the winter areas,” said Simonson. “There are more than 23 miles of areas that DNR conditioned us to cover over the winter.”

The technique of freezing the soil is used where the soil needs to be stabilized so that it does not collapse next to excavations and to prevent contaminants spilled into the soil from being leached out.

“The process is very busy,” said Simonson. “The focus is on safety and environmental protection.”

Enbridge is aware of the sensitivity the project creates. They say that careful and thorough pre-construction planning will continue to be followed when the new and improved pipeline is put in place.

“Activities that have taken place so far have included securely identifying underground utilities, creating access roads, evacuating them immediately, as well as preparing them for the stringing, welding, digging and lowering of the pipes,” Simonson said.

The existing, corrosive pipeline on Line 3 is simply no longer safe. The pipeline, built in the 1960s, was put into operation more than 50 years ago, in 1968.

The existing line runs nearly 11 miles from Alberta, Canada to the main terminal in Superior, Wisconsin. The replacement comes with human-engineered improvements to keep it safe for decades.

“This is brand new, high quality, high strength steel. It’s thicker, much thicker than the existing line 3, which is currently in operation, ”said Simonson. “It has a fusion bond epoxy coating that is state of the art with respect to the pipeline itself.”

Improved shut-off valves also ensure that action is taken quickly in the event of a major spillage.

“If there ever was a release, we can close the pipeline. We have power, communications and allow access to each of these valves for every 340 miles of the pipeline, ”said Simonson.

It is the advancement of ingenuity that is helping Enbridge pacify those skeptical of the new 340 mile pipeline currently being installed in Minnesota.

This statement continues to be supported by the Pipeline and Hazardous Materials Safety Administration.

“The existing line 3 could and could previously flow around 760,000 barrels per day,” said Simonson.

Those who oppose the replacement of Line 3 argue that it is time to move forward with more sustainable, renewable energy sources.

“We need a green New Deal – we need to move towards a more sustainable future,” said Martineau. “There are permits that he could abolish with the stroke of a pen.”

Martineau referring to President Joe Biden and his recent actions taken to halt construction on the Keystone XL pipeline project, which is expected to run from Western Canada to Steele City, Nebraska.

“It gives me hope and I hope my brothers, uncles and relatives fighting KXL will join me here to stop Line 3,” said Martineau.

The hope that the new Line 3 project will be halted is not taken lightly by the unionized middle class workers. Enbridge says they are committed to employing skilled workers in many different communities.

“Enbridge is committed to providing more than 50 percent of the local union halls for highly skilled union workers in the state of Minnesota,” said Simonson.

A project work agreement is already in place with the national unions to build the replacement pipeline, create new jobs and stimulate local economies in many communities in Minnesota.

“We have a $ 100 million commitment to the PUC for tribal expenses that matter to both the project and the company. So we have a lot of tribal companies working across the project and it’s important that their companies grow, ”said Simonson.

According to Simonson, Enbridge is proud to provide a project that will help bring wages back into the economy, especially at a time when the COVID-19 pandemic is causing economic turmoil for many.

“This project boosts the economy of our union workforce for the project,” said Simonson.

Going forward, Enbridge hopes the process continues with little to no disruption such as this suspicious February 19 package incident that poses a threat to residents of the Fond du Lac reservation, the Northern Big Lake community and Line workers 3.

The band’s chairman, Kevin R. Dupuis, Sr., released a statement regarding the incident:

“Although we as FDL people have a long tradition of extending hospitality to respect
Visitors, family and friends, last week’s incident betrayed our openness and has
forced us to remind FDL band members and non-members alike that the FDL leadership will not tolerate violence or threats of violence in our community, ”said the band’s chairman, Kevin R. Dupuis, Sr.

“It goes back to relationships, it goes back to understanding that we are here in your church, we’ve been in your church for over 70 years and this is a different path for line 3, but we want to make sure landowners are the ones first defense also in preventive maintenance, ”said Simonson.

As for the protesters, they say don’t expect them to let go of their guard anytime soon.

The Canadian part of the replacement project has already been completed.

The $ 100 million construction of the 13 million mile Wisconsin segment was completed in December 2017.

For a full list of the permits obtained by Enbridge Energy for the Line 3 replacement project, click here.

Twin Cities development up 26% in February, because of housing