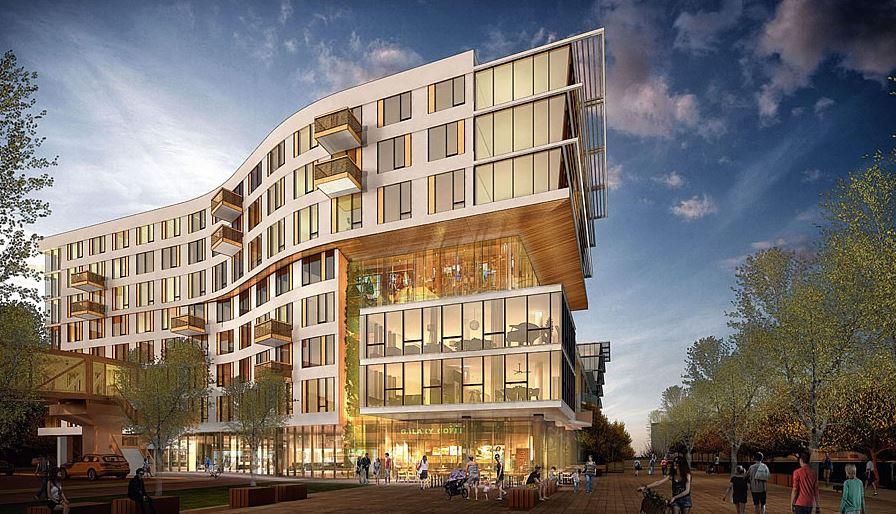 OAKLAND, CA – CIM Group announced that it has announced plans to build Channel House, an eight-story residential community of 333 apartments and retail stores on the ground floor, at 40 Harrison Street in Jack London Square, an 11-acre entertainment and business destination in Oakland, has completed right on the water. The Channel House is bordered by Embarcadero West, Alice Street, and Harrison Street and is also bordered by the San Francisco Bay Trail.

The CIM Group brings its many years of development and operational expertise to the table to improve Jack London Square. The development of Channel House and the ongoing leasing activities in Jack London Square are advancing the CIM program to create a complementary mix of uses and offers that appeal to residents, visitors and tenants. The residents of the Channel House have numerous shopping, dining, entertainment and recreational opportunities on their doorstep.

The architectural design of the apartment building takes full advantage of the waterfront location with a glass facade that offers expansive views of the bay, balconies and landscaped courtyards. The building offers residents a variety of on-site amenities, including outdoor patios and lounges, a fitness center, and bicycle storage and repair shop. The residences are configured as floor plans for studios, one-, two- and three-bedrooms. Around 2,000 square meters of retail space on the ground floor will liven up the pedestrian zone.

CIM has been operating in the Greater Bay Area since 2001 when it determined the community has the attributes that meet its rigorous criteria for qualified communities, including established and emerging urban areas with solid infrastructure and transportation networks. CIM’s first acquisition in Oakland was in 2007 and remains an active owner and operator in the area. In addition to Channel House, the CIM Group recently opened 1150 Clay Street, a 16-story, 288-unit home, and just completed the sale of Uptown Station, the redevelopment of a former department store in the Uptown neighborhood of downtown Oakland into a 355,000-square-foot facility Office building rented from Square.

BIM In Development: A Very important Instrument To Disrupt The Future Of Development Initiatives...