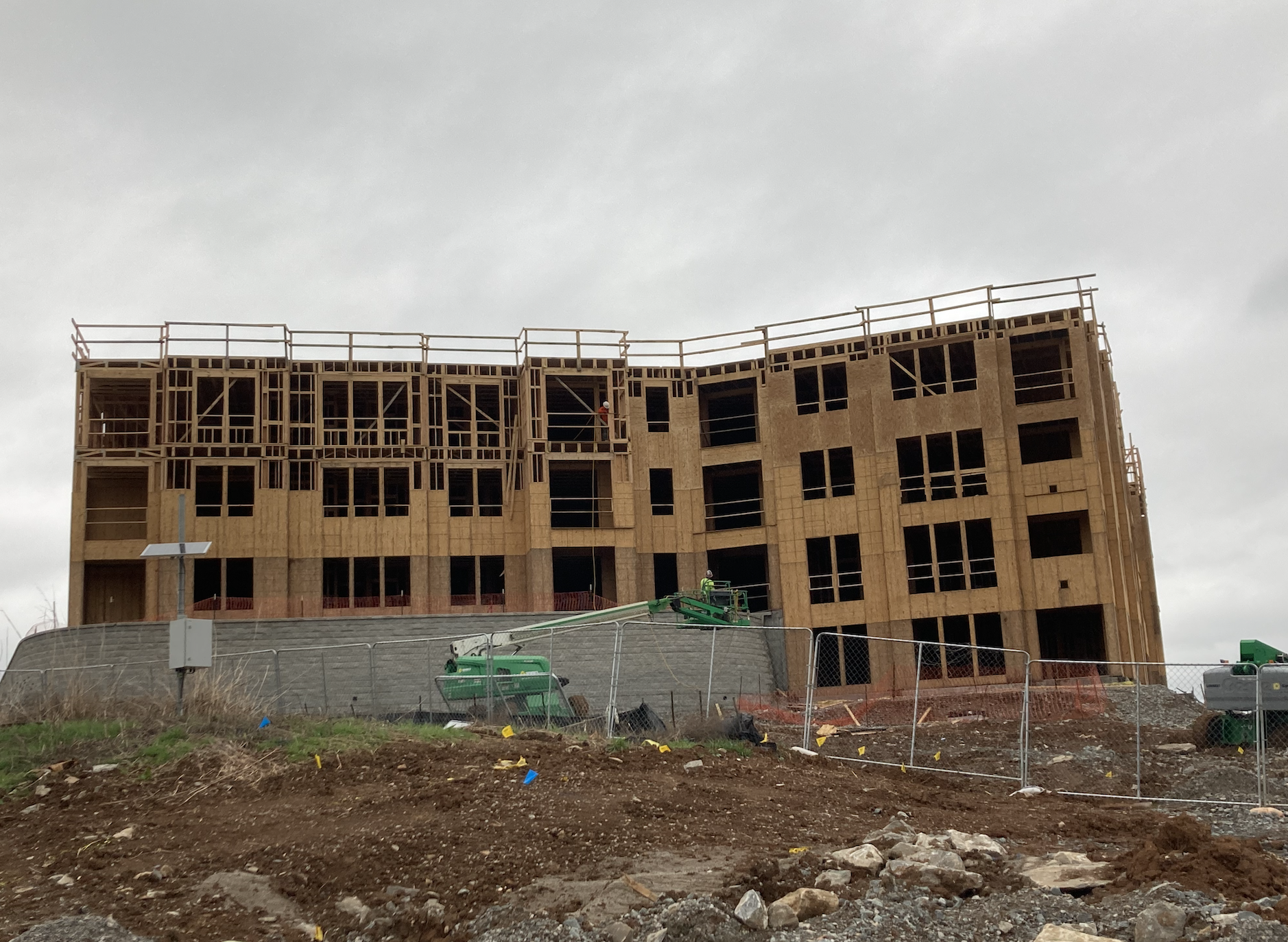 Cindy Whitt and Judy Alexander, neighbors in the Westhaven subdivision of Williamson County for nearly 15 years, have seen their development from a small new build subdivision of 500 homes to now more than 2,500.

During this time, on their regular walks together, they also experienced the consequences of dwindling green spaces with increasing building volume:

“Almost everything from the construction runs through our rain canal,” says Alexander. “Even though the builders put up fences (to keep mud from escaping), all you need is a really constant rain – it doesn’t have to be heavy – and it all flows into our Harpeth and West Harpeth.”

The two have contacted the Corps of Engineers, the City of Franklin, and the State Department of Environment and Conservation, but despite inspections, overflow pools, and new fences, the problem persists.

“It pisses me off when we can’t even enforce the rules in affluent Williamson County,” said Whitt, who worked for the Environmental Protection Agency in the 1970s.

The women are now among the more than 100 Tennessee residents who have expressed their opposition in public gatherings and written comments on proposed changes to the construction permitting process that Whitt fears will make problems worse.

The proposed change by the state’s environmental agencies would undo long-standing regulations governing runoff from construction sites – rainwater washing soil or other particles off the site into nearby waterways, often creating sludge deposits that affect water quality and aquatic life.

In an unusual step, a division of the Tennessee Department of Environment and Conservation – the Division of Natural Areas – dealt with the change in the permit. “We believe that site assessments remain an important tool for understanding the character of a site and documenting ecological resources before construction begins,” wrote a member of the Water Resources Department to colleagues at TDEC.

According to the Tennessee Department of Environment and Conservation, which proposed the changes anyway, silt was one of the top pollutants in Tennessee’s streams and streams in the past. Currently, construction sites are prohibited from disrupting 50 hectares of land at one time without a special rainwater permit, a process that involves public notice and the opportunity to comment. The proposed new revisions would remove this approval requirement.

Construction site disruptions currently require rainwater monitoring twice a week. The proposed permit revisions would include inspections twice a week at sites of 50 acres or more, but would reduce the required inspections for smaller sites to once a week.

The new rules are backed by the Tennessee Homebuilder Association and the Tennessee Chamber of Commerce and Industry, who have indicated that part of the change would reset Tennessee’s inspection standards to federal standards that only require site inspections to be carried out once a week.

“The Chamber appreciates and supports the changes proposed in the revised (Permit Proposal) to the discharge of rainwater for construction,” said Mallorie Kerby, vice president of environment and energy for the Tennessee Chamber of Commerce and Industry and the Tennessee Association of Manufacturers.

“The Chamber agrees that the frequency of on-site inspections should be changed so that it does not exceed federal minimum requirements,” said Kerby.

In an unusual move, a separate department within the Tennessee Department of Environment and Conservation – the Division of Natural Areas – dealt with the change in permit.

The Division of Natural Areas helps provide advice on the proper management of plants and animals on Tennessee’s protected and private properties. Scientists in the department are often asked to provide expertise on these potential impacts during the existing approval process.

“For the most part, we (the Department of Water Resources) see silting as the main threat to the maintenance of sustainable populations of target organisms, including fish, crustaceans, snails, mussels, insects and amphibians,” a letter from Roger McCoy to his colleagues at TDEC about the proposed approval changes.

“We believe site assessments will remain an important tool in understanding the character of a site and can provide documentation of environmental resources before construction begins,” he wrote.

“Construction storm water runoff pollution is a massive and ongoing problem in Tennessee, and there is reason to believe it will only get worse,” a letter from the groups said. “The draft (permit changes) represents an unacceptable decrease in the supervision of construction activities and the level of protection for the waters of Tennessee.”

TDEC officials said the change would streamline the permitting process and is based on TDEC’s long experience in regulating stormwater runoff. Regulators said weekly inspections were appropriate based on this experience and in line with federal standards.

The directive change does not require legislative approval and the final decision rests with TDEC.

Slum board suspends 2 officers for poor high quality of building

Sandra Cassels: How can building companies work with their provide chains to minimise disputes?