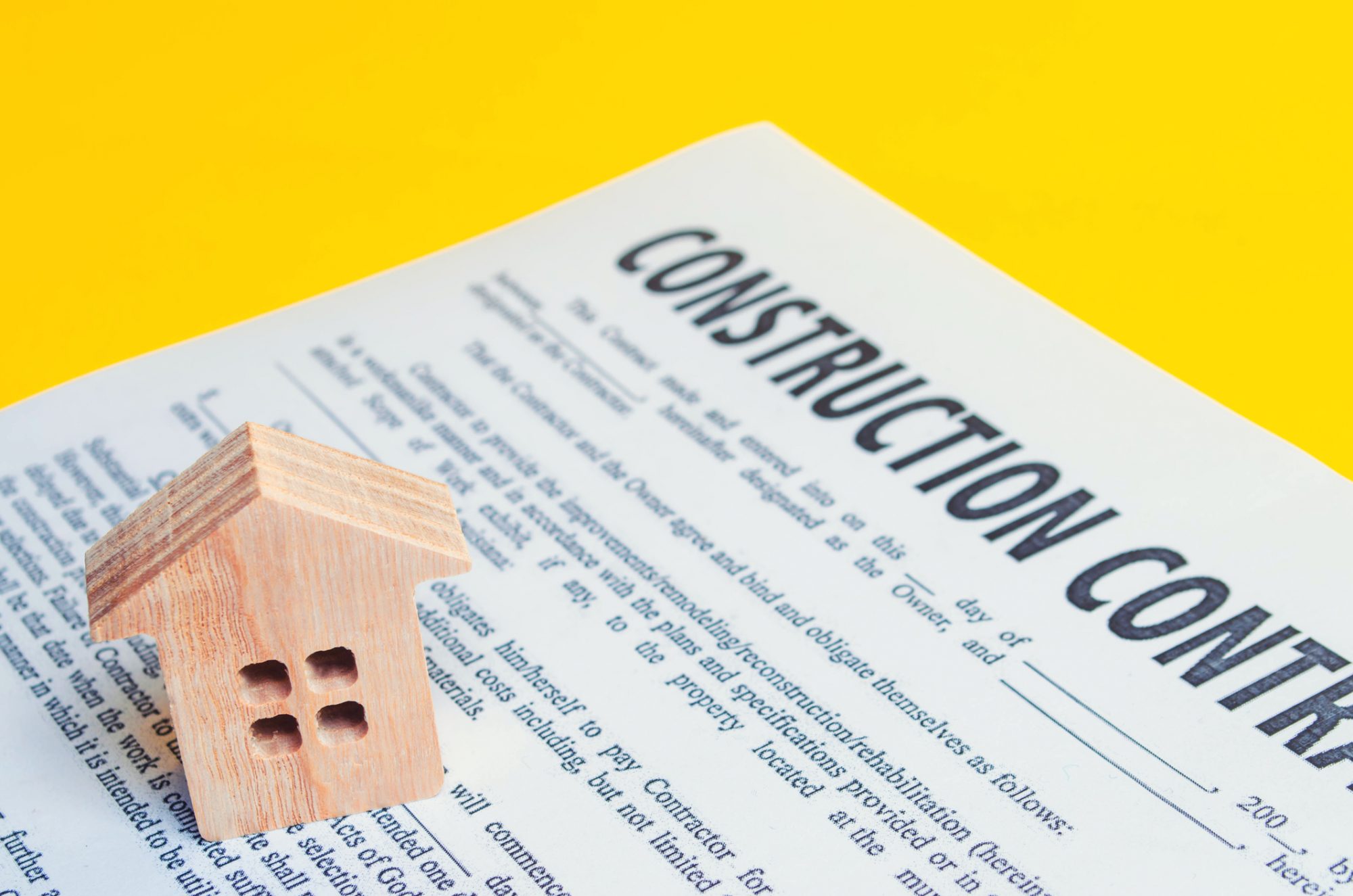 As the COVID-19 crisis brings many construction projects to a standstill, Alex Rayner, Head of Construction and Engineering at the award-winning Sintons law firm, is examining the possible contractual options that exist if work has to be suspended for a period of time

After initial confusion following the Prime Minister’s announcement of the lockdown, the government confirmed that construction sites should continue to operate during the pandemic, provided that it can be done in accordance with guidelines from Public Health England and industry, particularly the operating procedures of the Construction Leadership Council . This resulted in some sites remaining open and others closed as contractors grappled with the guidelines and reality of a shortage of manpower and materials. It is perhaps indicative that the third version of the CLC manual is now available. Contrary to this advice, many high-profile figures, including the Mayor of London Sadiq Khan, believe that construction sites should be closed.

The decision on whether or not to close sites is therefore a matter for contractors as prime contractors under CDM regulations, and many have chosen to do so until the lockdown is over as they cannot operate safely. We have provided a lot of advice to both contractors and employers as they deal with the contractual consequences of suspending work and we have listed below some of the most important and potential contractual issues that can arise. As always, the actual scenario and the terms of the specific contract will affect any consultation.

The most frequently asked question in the early stages of the pandemic was whether it could be classified as a force majeure event.

In the simplest case, force majeure can be described as matters that are beyond the control of the parties, which could not have been reasonably foreseen at the time the contract was concluded and whose effects prevent the fulfillment of the contract.

In the context of the JCT Design & Build contract, for example, force majeure is undefined and represents a “relevant event” that can entitle a contractor to extend the deadline. However, it is not a “relevant matter” that entitles the contractor to losses and / or costs.

In contrast, the NEC 4 contracts do not explicitly refer to force majeure but contain similar provisions in their compensation events (i.e. possibly time and money), with clause 60.1 (19) describing events that prevent the contractor from completing all of the work . what neither party could prevent and what could not reasonably have been taken into account at the contract date.

It goes without saying that the contractual notification obligations and other mechanisms must be properly followed in the above cases, e.g. B. An early warning and risk mitigation meeting under the NEC and an “Immediate” notification under the JCT forms. Furthermore, the obligation to prevent and reduce delays (in the case of JCT contracts, an obligation to perform as best as possible) must be observed.

We believe COVID-19 is likely to fall under the definition of force majeure for construction contracts that were already completed prior to the outbreak. However, this still requires the contractor to demonstrate cause and effect and an audit trail to justify the decision to close a website by referring to current industry guidelines. Indeed, given the changing nature of the guidelines, contractors should periodically review this decision to see if some parts of the work can indeed continue.

For construction contracts that were completed after the outbreak or after it became foreseeable that the outbreak could potentially reach the UK, this may be a different story. That is, in these circumstances, the requirement that the event was not reasonably foreseen was likely not to have been met; This depends on the circumstances and we can foresee disputes that arise from whether or not COVID-19 was foreseeable at any given time.

The exercise of legal powers

The government’s response to the pandemic is expected to be fluid and largely determined by the impact of current restrictions. It may be that the parties look to the relevant event 2.26.12 of the JCT DB 2016 under certain circumstances, in particular when legal powers to close certain construction sites or to cease construction activities, although this in turn is a relevant event but not a relevant one Matter.

Pursuant to Clause 8.11 of the JCT DB 2016 Contract, either party may terminate the work for the uninterrupted period specified in the contract details (two months, unless the parties have expressly stated otherwise) due to a force majeure event seven days in advance to terminate the contractor’s employment relationship (note that further termination is required).

Clause 91.7 of the NEC4 contracts gives the customer the option to terminate the contract for a Force Majeure Compensation Event, but not the contractor.

Again, we can foresee disputes related to the exercise of termination rights in the current scenario. For example, the JCT series of works contracts states that parties should not exercise such rights “inappropriately or angrily”. The courts give limited guidance on how to interpret this, although the following six suggestions were inferred by the authorities in the Reinwood Limited v L Brown & Sons Limited case:

Contract frustration can occur when a serious event occurs without delay on the part of either party after the contract is entered into that is unexpected but makes it physically or economically impossible to perform the contract. The parties are thereby released from further performance. However, it is important to note that there are very few cases in this jurisdiction where any party has successfully argued against frustration, and we currently believe it is unlikely that COVID-19 would frustrate a contract, but of course it will be necessary be closely monitored.

The construction industry often speaks of collaboration and the obligation of the parties to act in a spirit of mutual trust and cooperation, which underpins the ethos of the NEC suite of construction contracts. In our experience, competing interests of stakeholders sometimes, if not often, act as an obstacle to parties acting in this way.

It seems certain that no one in the construction industry will be able to escape the current restrictions unscathed. We would like to encourage the parties to work together to find a commercial solution that may not comply with the terms of the contract, to deal with the inevitable disruptions this may cause, and to document such commercial agreements as clearly and promptly as possible.

If parties to a construction contract are in a decision during the pandemic, they should be aware of the fact that judges and courts are unlikely to accept COVID-19 as an excuse for delaying or injuring the litigation. This was shown in the latest case of MillChris Developments Ltd against Waters, which occurred on April 2, 2020.

In this case, a homeowner initiated a decision against a contractor. The contractor applied to the court for an injunction prohibiting the homeowner from proceeding with the decision as he claimed he could not meet the deadlines required to respond to the transfer notice (note: the judge had already offered the contractor a two-week extension) due to the COVID-19 pandemic.

The contractor’s request was denied because they could not demonstrate that the COVID-19 health crisis (and also the fact that it was no longer traded) had prevented them from preparing for the decision, making this another Decision would have resulted in a violation of the rules of natural justice.

Of course, a party’s ability to delay or initiate proceedings due to the current pandemic will depend on the actual scenario, but the MillChris case shows that parties must be able to overcome the high bar imposed by the courts in order to win a Initiate proceedings Overall, the approach of the courts (and judges will no doubt follow suit) is to facilitate the continuation of proceedings wherever possible, provided that they can do so within the framework of natural justice.

MillChris also reminds you in a timely manner of the benefits of acting appropriately (and the dangers of acting appropriately) in a dispute scenario. The parties should try to find reasonable solutions such as B. extending schedules and easing the way documents are delivered, or they should run the risk of the experts resigning or making unsuccessful attempts to initiate proceedings, along with the time, cost and effort involved.

Head of Construction and Engineering