For two decades, Tejon Ranch Co. has envisioned a community of 57,000 people rising just off Interstate 5 on the southern flanks of the Tehachapi Mountains, about 70 miles north of Los Angeles.

To that end, the company signed an agreement with several major environmental organizations in 2008 to preserve 240,000 acres of vacant mountains, grasslands, and twisted oak trees, home to species such as California condors and mountain lions. In return, the groups agreed not to oppose the company’s controversial Centennial project.

The proposal to build 19,300 homes on 6,700 acres on the Kern County border was finalized two years ago by the Los Angeles County board of directors, and the company said it had been confirmed. 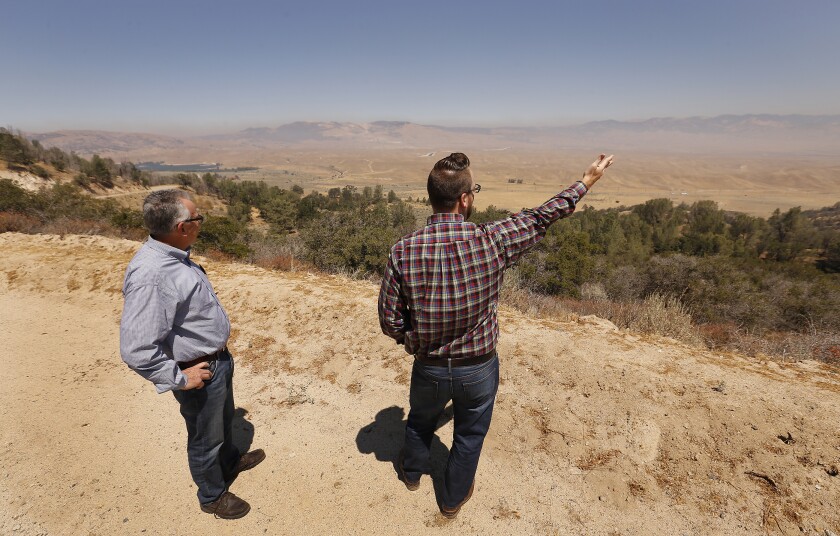 In particular, the judge cited aspects of the environmental assessment in relation to the risk of forest fires and additional greenhouse gases generated by vehicles.

The ruling does not kill the project, but threatens to delay it significantly. It also comes at a time when a severe California real estate crisis has resulted in dramatic increases in rents, pushing cities like Los Angeles to approve denser development.

Environmental groups have hailed the decision as a long-awaited victory, but the developer said it would merely postpone construction.

“Environmental Impact Reports are extremely lengthy, complex documents and it is difficult to get everything perfect the first time,” said Barry Zoeller, senior vice president, Tejon Ranch Co., in a statement. “With the judge’s direction,” he added, the company intends to work with LA County to resolve what he called “some remaining issues.”

Beckloff noted that the environmental assessment did not conclude that the project would not materially increase the risk of forest fires in a wildfire-prone region. Although the judge considered the developer’s on-site analysis to be “sufficient”, he found the discussion about the effects off-site, such as B. wind-driven embers, as “problematic”.

The judge also found that the developer falsely claimed the cap-and-trade program would reduce 96% of its greenhouse gas emissions that cause climate change.

The verdict contested 20 of the 23 claims made in separate lawsuits against Tejon Ranch Co. under the California Environmental Quality Act by Climate Resolve and the Center for Biological Diversity and the California Native Plant Society. The plaintiffs were not part of the original coalition of environmental groups that agreed to repeal legal action in exchange for soil conservation.

Beckloff rejected all claims made by the center and the Native Plant Society. However, the predominant issues in Climate Resolve’s lawsuit have been a rare success among the more than a dozen lawsuits filed against Tejon Ranch Co. since 2003 to delay or block the development of the remaining 30,000 acres of its holdings.

“It will not be easy to get another approval from the district,” said Wallraff. “There will be a need to mitigate the significant fire risk and greenhouse gas emissions impact, and they are far from there at the moment.”

District Manager Kathryn Barger, who represents the district where the proposed Centennial project would be located, was not available for comment. But Margaret de Larios, a spokeswoman for the supervisor, said: “The district council was expected to inform you of the matter later today.”