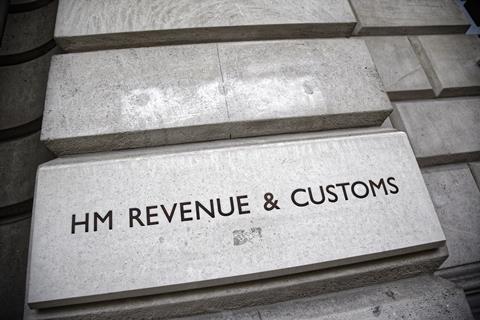 The construction industry is preparing for the effects of today’s IR35 tax reform.

The out-of-school tax reforms mean that medium-sized and large companies in the private sector will have to hire freelance construction professionals who they regularly hire as PAYE employees.

Previously, these workers could be employed outside of payroll with intermediaries who determine their employment status and whether the IR35 tax rules should apply.

Those affected by the changes could face penalties, although the government has announced that HMRC will take a “light” approach to errors for the first 12 months, unless there is evidence of intentional violations.

The reforms were originally scheduled to launch last April but have been delayed by 12 months to ease pressure on businesses in the early stages of the Covid-19 pandemic.

The changes introduced in 2017 in the public sector have caused great concern in this sector as the self-employed, referred to as contractors in the new regulations. They fear that the new rules will lead to higher costs and a reduction in labor.

Dave Chaplin, Managing Director of ContractorCalculator, urged contractors to “keep their cool” but cautioned that tenants who are not prepared should consider immediately terminating or pausing existing contracts with workers and evaluating them before continuing their work.

He added that employers and contractors can continue to work together to ensure that their working relationship remains “outside of IR35” by agreeing and signing a status inquiry, ensuring that the work is consistent with what was originally foreseen in the contract, and the Receipts continuously monitor the term of the contract.

Seb Maley, managing director of IR35 specialist Qdos, said he was confident that the procurement could handle the reforms.

Maley added, “The introduction of the IR35 reform is a historic moment. It marks the culmination of years of government hunting down contractors who have demonstrated tremendous resilience and determination to keep working this way.

“While the reform presents challenges for contractors and the companies that rely on them, I am confident that the contracting process will survive.”

He said that companies that have prioritized compliant IR35 status decisions and continue to hire freelancers will gain “a huge advantage” over those that have put blanket bans in place as a result of the changes.

Describing the banning of freelancers prior to the changes as a “myopic and completely unnecessary decision”, he added: “Despite the IR35 reform and the problems posed by the changes, I am optimistic about the future of the deal.

“The economic climate, the changing composition of the workforce and the growing demand for flexible, skilled and cost-effective workers suggest that the award of contracts will persist despite these changes.”

Matt Fryer, general manager at Brookson Group, said companies will have to take a “completely new approach” to people management following the changes.

He said, “Processes need to be embedded across the organization to ensure continuity, including running a fair and accurate employment status test, managing the process for status challenges, contract migration and recruiting.”