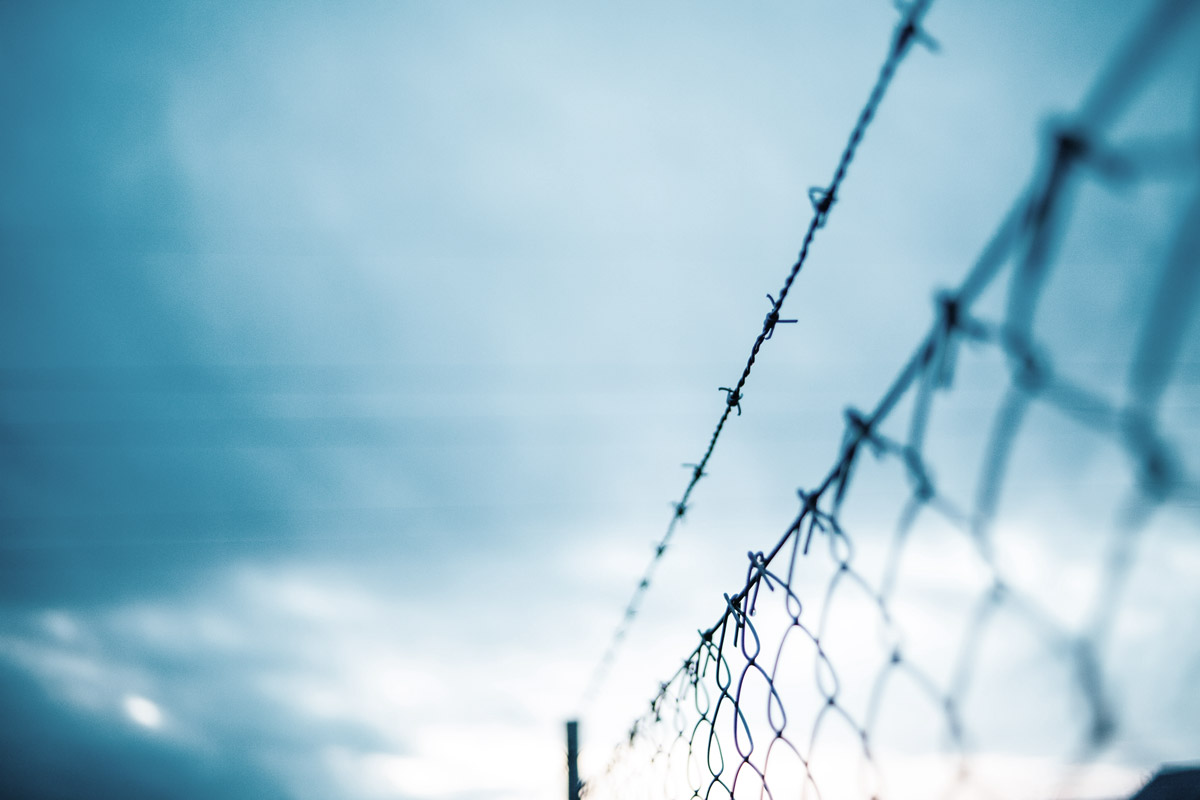 President Biden has suspended the construction of the border wall against immigrants for two months. The wall that was erected along the US border with Mexico was a pillar of Donald Trump’s controversial US immigration policy. However, critics of the wall have described it as a waste of US tax money and a symbol of xenophobia.

The anti-immigrant structure is reported to have cost billions of euros, estimated to cost $ 20 million per mile.

Hours after he was sworn in as the 46th President of the United States, Biden ordered a review of the Wall’s funding and treaties – one of many executive orders the new president issued in his first week in office.

The Executive Order to Disrupt the Construction of the Border Wall states: “Like any nation, the United States has the right and duty to secure its borders and protect its people from threats. However, building a massive wall across the entire southern border is not a serious political solution. “

“It is a waste of money that diverts attention from real threats to our homeland security,” the order added.

President Biden’s administration is committed to ensuring that the United States has a comprehensive but fair and humane immigration system that is consistent with American values.

Biden’s Executive Order overturns Trump’s National Emergency Declaration, which was released on February 15, 2019 shortly after the longest U.S. government shutdown in history and was staged by Trump in a row for funding his controversial border wall.

Not more than a week

The order issued by Biden instructs the Department of Defense (DoD) and Department of Homeland Security (DHS) secretaries, as well as the Director of the Department of Administration and Budget (OMB), to instruct officers to build the border wall in no more than a week .

Each department was also directed to review the legality of the funding and contract methods used to finance and erect the wall, as well as the consequences of terminating existing agreements.

Biden has also requested a report on all border treaties, while his ruling states that breaks must be “to the extent permitted by law”.

The order also directs the DoD and DHS secretaries, in consultation with the Treasury Secretary, Attorney General, and the OMB director, to develop a fund diversion and contract conversion plan within 60 days of the order, as stated emerges from a report published by the government agency.

An Army Corps of Engineers estimate suggests that Biden could save $ 2.6 billion if construction on the border wall were interrupted. However, the costs to the government of halting construction have not been publicly disclosed.

The cost of the wall was scrutinized and questions raised about the Trump administration’s waiver of regulations to expedite construction, securing a $ 400 million contract, attempts to divert funds from the military to the wall, and further construction despite the coronavirus pandemic.

There was also big debate about how much “new” border was actually built and how much was just replacing the barrier. On January 5, former DHS acting secretary Chad Wolf claimed the government had completed the 450th mile of the wall.

A 2020 report by the Congressional Research Service states: “Much of the current wave of construction – whether new or replacement barriers – consists of 18 to 30 foot high, reinforced bollard fences. It’s a huge barrier, but it’s not the tall, thick masonry structure that most dictionaries refer to as a “wall”. “

“It may not represent new miles of primary barriers along the border, but it does represent a new obstacle that will change the calculation of those who try to cross the border between ports of entry,” the report added.

If you’re looking to apply for a U.S. work visa – including L1 visas, E2 visas, O1 visas, and H1B visas – Workpermit.com can help.

Workpermit.com is a specialist visa services company with over 30 years of experience handling visa applications. We can assist you with a wide variety of visa applications for the country of your choice. Contact us for more details. You can also call 0344 991 9222.

This is A Look At Some Irving Park, Albany Park and Avondale Avenue Development...

Ought to You Purchase Meritage Houses Corp (MTH) in Residential Building Trade?