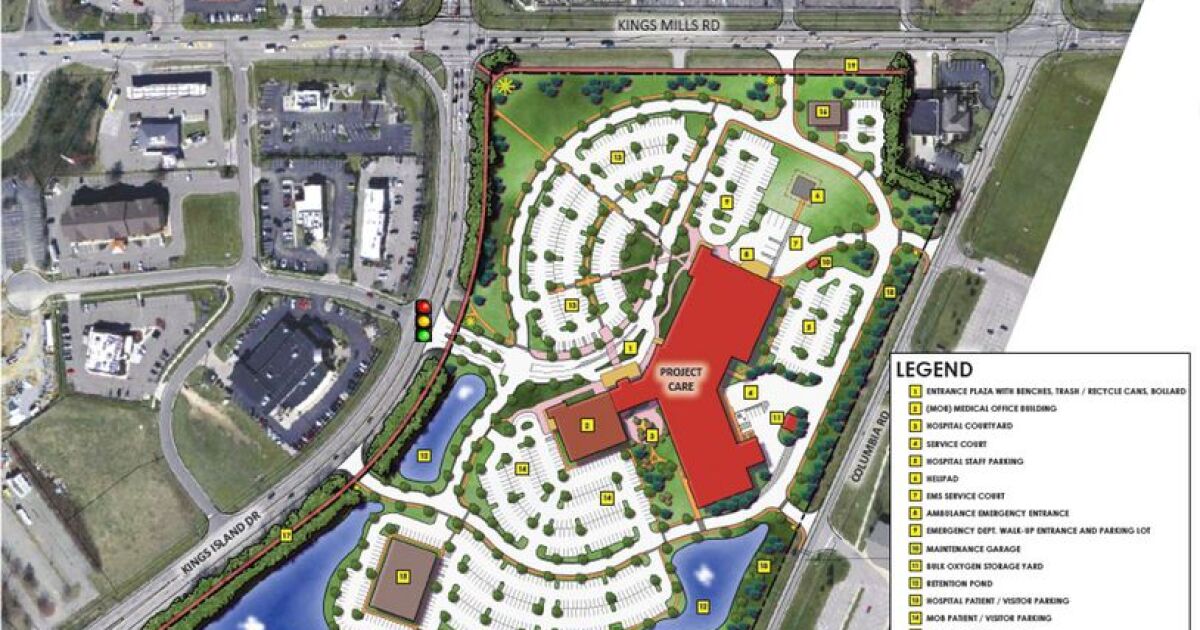 MASON, Ohio – Construction continues for a new $ 156 million 60-bed hospital and medical complex to be built in Mason by Mercy Health-Cincinnati.

The hospital was granted a derogation from Warren County this week for access points to the new hospital on Kings Island Drive. A new set of traffic lights will be placed approximately 550 feet south of Kings Mills Drive, which is much less than the 1,760 feet required by the plan.

Mercy Health said it was ready to fund the traffic improvements, according to documents presented to commissioners.

The hospital will be built on the former site of the National College Football Hall of Fame and will be located on Kings Island Drive and bordered by Kings Mills Road, Columbia Road and Wilson Avenue in Deerfield Twp. There will be no access point from Wilson Avenue.

Adjacent to the hospital there will be a medical office building with specialist care such as cardiology, pulmonology, general surgery, gynecology, gastroenterology and vascular care.

District Engineer Neil Tunison said his office and Mercy Health representatives had a good working relationship developing plans for the transportation plan for the proposed hospital. He also noted that the area is in a high accident risk area. He said that they support the deviation request with conditions in a development agreement and that the county is participating in the design.

Rajkamal Jit, who owns the retail center on Kings Center Court and Kings Island Drive opposite the main entrance of the planned hospital, assisted the planned traffic light.

“This traffic light will also be important for safety reasons. It will make it easier and safer for patients and families to get on and off the hospital campus, ”said Jit in his letter to the commissioners. “To be honest, the entrance and exit to the hospital will be less safe without the traffic lights.”

While Mercy Health officials said there would be no access points from Wilson Avenue, a local resident representing the neighborhood south of the development raised concerns that their little street will become a shortcut to and from the hospital, pedestrian safety as well as the Runoff of rainwater.

Resident Micah Frank told commissioners he supported the hospital move, but said residents would like to build a shoulder and sidewalk on the south side of Wilson Avenue, adding the drainage problems to the terms of the deviation.

The US Census estimates an estimated 234,600 residents in Warren County and more than 33,800 in Mason.

Jennifer Garner takes her children to take a look at building website… as she...