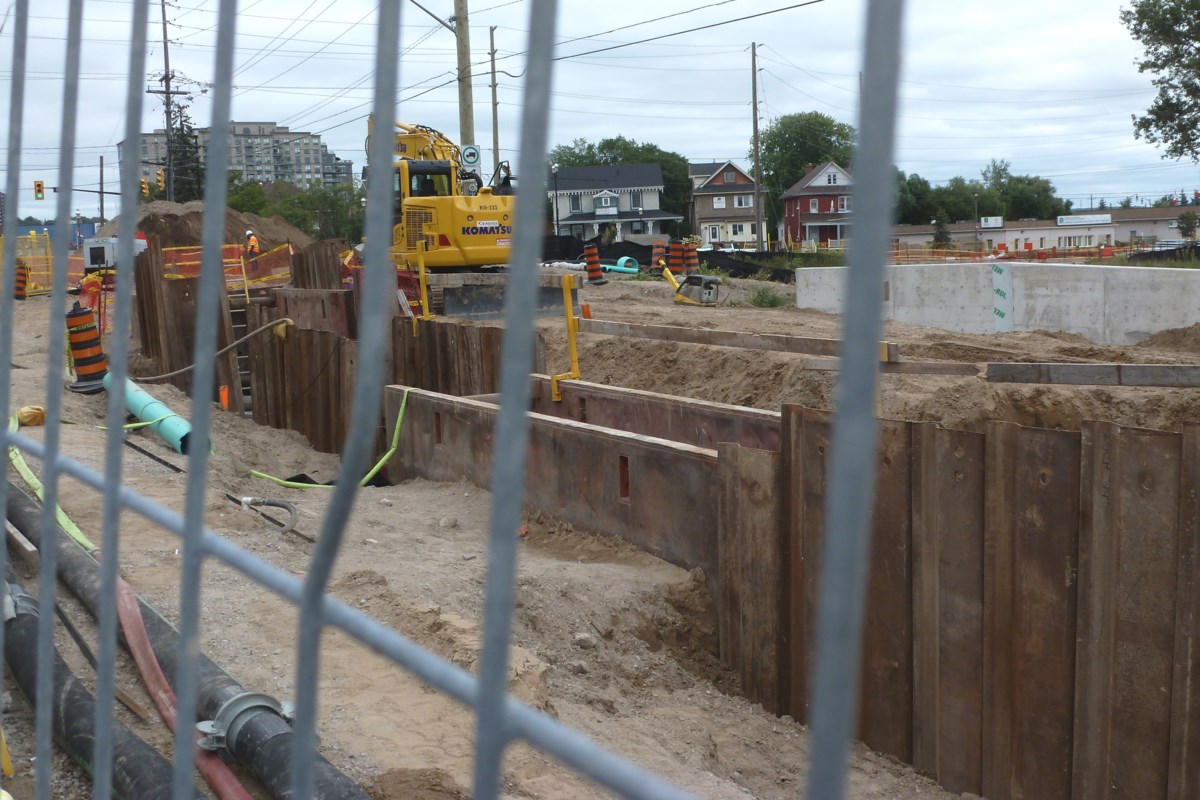 “The new infrastructure is designed to divert rain for a storm event that only happens once every 100 years,” says the city’s infrastructure director of a $ 24 million project

Reducing potential flooding where Kidd’s Creek meets Dunlop Street West is the goal of a project that will last well into next year.

The culvert replacement and road works that stretch from Toronto Street to Eccles Street tore up Dunlop West for months, with no end in sight until the summer of 2022.

“The improvements, consisting of a new wider naturalized open canal between Eccles and Bradford Streets and wider culverts on Dunlop and Bradford Streets, will increase the amount of rainwater that can flow through the area, thereby reducing flooding in the area “Said Bala Araniyasundaran, Infrastructure Director for the City of Barrie.

“The new infrastructure is designed to divert rainfall for one storm event of one in 100 years,” he added.

Prior to the improvements, Araniyasundaran said the rainwater infrastructure consisted of an open canal, rainwater pipe and culverts between Eccles and Bradford Streets.

A total of $ 3 million in grants were received from the federal government to help cover the cost of the property and natural disaster containment measures.

The city worked with staff at the Lake Simcoe Region Conservation Authority to develop this solution – and implement an open channel designed to contain the regulatory flow, which is based on Hurricane Hazel and larger than the 100-year-old storm event.

The Downtown project also included the demolition of buildings such as the Knights Inn and Sticky Fingers. The Fisher Auditorium on the other side of Dunlop Street West is due to be demolished at a later date.

In addition to realigning the creek and building an open canal on the north and south sides of Dunlop, the work includes laying and replacing sewer and water pipes on Dunlop Street from east of Eccles Street to Toronto Street and on the high and Bradford streets from Dunlop to north of Simcoe Street.

This section of Kidd’s Creek is illuminated north of Dunlop Street West and between Dunlop and High Street. The open watercourse solution also has a significant impact on the environment.

This work began in winter 2020 and is expected to be fully completed in 2022.

Slum board suspends 2 officers for poor high quality of building