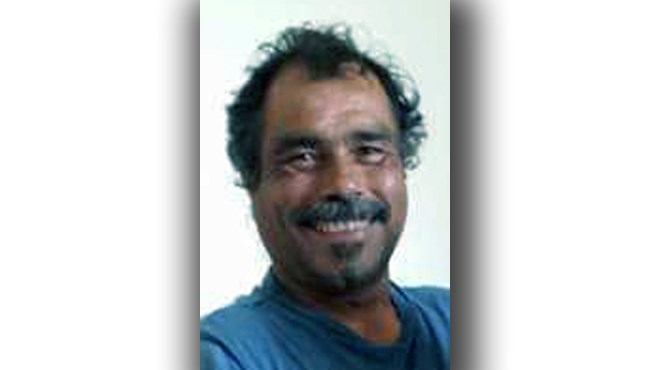 Carl Peltier from Wiikwemkoong was trapped between the attics he installed

After two-day hearings on August 9 and 10, the jury of a coroner determined the death of a Wiikwemkoong man in August 2017 as an accidental death due to injuries caused by collapsed roof trusses on a residential construction site where he was working.

Carl Peltier was working for ProSteel North, based in Wiikwemkoong, on a private residential construction site in Chelmsford when the incident occurred.

Peltier was fatally injured and another worker was injured when the roof trusses they were installing collapsed on August 21, 2017.

The investigation took place at the Manitoulin Hotel and Conference Center in Little Current, chaired by Dr. Steven Bodley.

Investigative judges included Mathieu Ansell of Sudbury and Caroline Johnson of the Aboriginal Justice Division of the Attorney General’s Department.

Philomena Savoia, a consultant with more than three decades of occupational health and safety experience, primarily in construction, told the jury that builders of projects valued at more than $ 50,000 must submit a project notification that essentially includes the MOLTSD- Initiates supervision of a project.

Savoia also explained the requirements for an owner, contractor, employer, supervisor and worker under the Occupational Safety and Health Act (OHSA), including risk assessment and training.

Neither a joint occupational safety committee nor an employee safety officer was required for this project.

The scope of the project consisted of a 32 by 56 foot garage to be used as an equipment store, with the top of the building being a loft.

The foundation of the structure was completed on August 21, 2017. According to witness testimony, the walls were erected and covered with plywood on the outside. Inside, tunnels were visible and the roof was built with a number of already erected and braced trusses.

Peltier had been on a ladder in the northeast corner of the building, making adjustments to one of the roof trusses. Other workers were on the ground inside the structure.

Around 3:45 p.m. a loud crack could be heard. At this time the trusses began to tilt from the east to the west. At this point, Mr. Peltier was between two crossbars and was trapped between them. Other workers tried to help but were unable to lift the trusses.

A boom truck was used to lift them. First aid and resuscitation were provided and 911 was called.

Rescue workers arrived and transported Peltier to Health Sciences North on Long Lake Road in Sudbury, where he was pronounced dead at 4:38 p.m.

GSPS arrived on site and spoke to workers and Fournier. The MOLTSD was also contacted. Since there was no evidence of suspicious or illegal play, the MOL continued a workplace investigation.

In the event of building death, an examination by a coroner is mandatory. The purpose of this investigation was not to establish a finding of guilt, but to investigate the facts and circumstances of death.

Several witnesses, including workers and the ProSteel North owner, the Department of Labor and engineers, were interviewed about the progress of the project’s truss installation.

The goal was to identify questions about the collapse of girders installed to support a steel roof and examine the training and engagement of small work teams to understand what happened, Bodley told the jury. “In this way, we can uncover some facts that could help prevent future deaths from steel roof structures,” he said.

The standard of evidence in a coroner’s investigation is different than in a criminal trial, Bodley said. “It’s based on the balance of probabilities; that is, it does not have to be beyond reasonable doubt and only needs a majority decision, not a consensus. “

Recommendations are not required, but can be submitted by the jury. After a day and a half of testimony, the jury was locked up for deliberations and returned with a verdict of accidental death. The jury also made four recommendations.

The first recommendation was that the provincial government and the MOLTSD work together to reach out to small construction crews (1 to 5 workers) to assist their employees with their personal obligations to promote safety under the OHSA and its regulations.

The second recommendation was that the provincial government and the MOLTSD should consider creating training modules for supervisors and crew members involved in the assembly of trusses in accordance with OHSA and its regulations.

The jury also recommended that the provincial government and the MOLTSD continue to consider whether the complexity of the project, rather than the dollar value of the project, is the requirement for submitting a project notification under Section 5 of the Building Regulations under the OHSA.

Mr Peltier was 53 years old at the time of his death. He was a valued father of five and had eight grandchildren.

He is known for “the big smile on his face,” said Joyce Levesque, Mr. Peltier’s eldest sister. “He loved taking long walks in the bush and enjoyed the horseshoe game, watched hockey and worked.”

Peltier worked at the Wikwemikong nursing home for 10 years and was a personal care provider for Amikook for two years. He also worked for the Wiikwemkoong Housing Department for 25 years.

Lori Thompson is a Local Journalism Initiative reporter from The Manitoulin Expositor. The LJI is funded by the Canadian government.

Ultimate building on I-5 six lanes undertaking to begin Friday in Anderson – Pink...