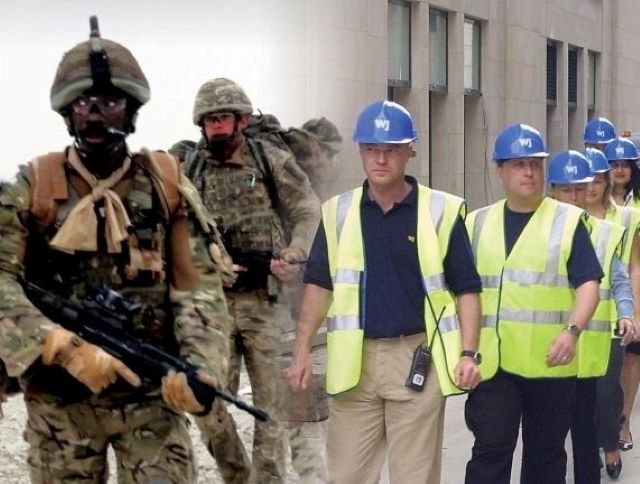 There is a well-documented shortage of skilled workers in our industry. As the country moves to a completely different landscape after the pandemic, and industry prepares to “rebuild better,” there is real concern that there will not be enough skilled workers to make the government’s vision a reality.

The labor market has continued to decline over the past decade and indigenous skills development in the industry will take time. The entry numbers do not fully correspond to the current needs or the mass exodus of those who will be retiring in the next 10 years.

Brexit continues to tighten the labor market by restricting access to hundreds of thousands of skilled European workers. There were 28,000 job vacancies in the industry at the end of last year, similar to pre-pandemic.

Many construction companies are reacting to market conditions and diversifying into new sectors such as housing, infrastructure and public works in order to survive. Access to a diverse talent pool is becoming increasingly important.

One solution is to make better use of the personnel of the former armed forces.

Employing former armed forces personnel in the construction industry is nothing new. The former military community has become a recognized resource for a highly skilled workforce.

They are equipped with a wide variety of weapons that make them a great choice for construction. Talent comes in all ranks with the ability to make up for labor shortages in both commercial and managerial functions.

Their experience and training in the armed forces have of course given them the opportunity to adapt to new skills. The industry wants people who are experienced, innovative, resilient and ready to go the extra mile. The industry is demanding and success is expected. The resource must be responsive and adaptable.

Where deeper technical knowledge and expertise is critical, CITB offers an On-Site Assessment and Training (OSAT) route at the trade level. An employer can hire a qualified appraiser to test and observe former military personnel on their skills and abilities. This provides a quick way to achieve a level 2 trading qualification in three months and a level 3 qualification in no more than six months.

Companies like Barratt Homes also offer an armed forces transition program that provides the training and support to become a qualified Assistant Site Manager within 12 months. Both get skilled workers who are ready to “run the ball under your feet”, the major part of which is to convert their military skills into recognized civic skills.

Throughout 2020, we’ve seen great examples of how our armed forces have assisted the government in responding to Covid-19. In the largest peacetime resilience operation to date, they worked together in a short space of time to set up Nightingale hospitals, test centers and vaccine facilities in the industry.

When HS2 Ltd launched their job portal last week, it was announced that BuildForce is their military job brokerage partner. This builds on the success the project has already had in employing former military personnel in various roles. With the support of HS2, BuildForce is creating opportunities for both our country and those who served it.

This year marks the 10th anniversary of BuildForce. It has established its position linking and interpreting the needs of both sectors, civilizing military capabilities, and acting as a support mechanism during the transition, training and employment of retired and veterans.

As construction companies, industry associations and governing bodies are more likely to sign the Pact of the Armed Forces, it shows that support exists. Our focus should now be on attracting, re-educating and investing in this readily available talent pool. Our former armed forces are not just resources for the construction industry, they are assets and should be used.