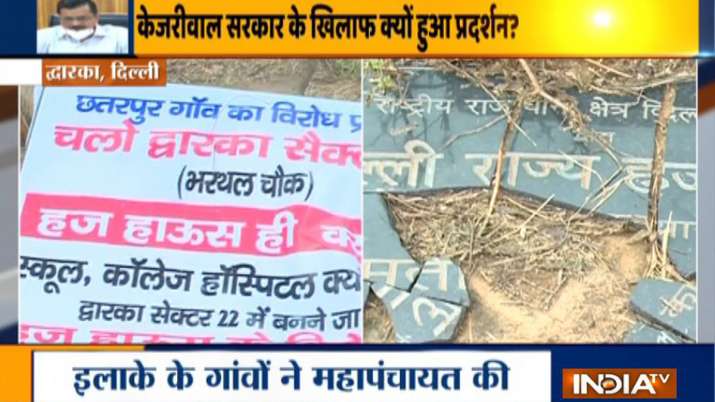 Will not allow Haj House on government property in Delhi’s Dwarka “at all costs”: VHP

The Vishwa Hindu Parishad (VHP) has announced that it will not allow the construction of a Haj house on government property in Delhi’s Dwarka “at no cost”. Surendra Jain, the joint general secretary of VHP, said the Delhi government was determined to continue its decision to build the Haj House despite strong opposition from local charities (RWAs), groups of village panchayats and public officials.

He accused Prime Minister Arvind Kejriwal of resorting to ‘Muslim appeasement’ and said: “Arvind Kejriwal can do anything to secure the votes of the minority community.”

“The VHP will not allow the Haj House to be built in this location (in Dwarka) at any cost. People will take away every single brick of the Haj House. We will give Arvind Kejriwal some time to make the decision (to build it) check the Haj house) “said the VHP leader.

“The Delhi government should abandon the Haj House idea, stop serving intruders and jihadists, and also take care of Hindu society. Otherwise the national capital society will be forced to take to the streets,” added Jain added.

Last week the police registered an FIR against several people who protested the construction of the proposed Haj House for violating the guidelines of the Delhi Disaster Management Authority (DDMA). Adesh Gupta, BJP president of Delhi, had said in a speech before the protest in Dwarka Sector-22 that there were many properties in the state capital owned by the Waqf board and that a Haj house could be built there. The protest came after the All Dwarka Residents’ Federation wrote to Lieutenant Governor Anil Baijal urging him to de-allocate land for the construction of the Haj House.