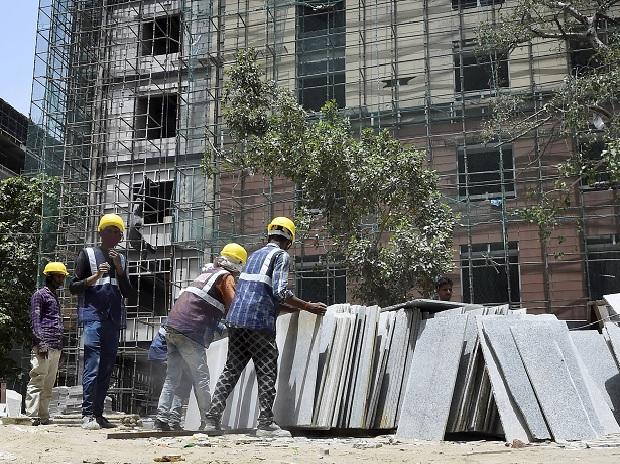 India saw 16 million jobs grow in July, mostly in agriculture and construction, but the number of paid jobs fell by 3.2 million in the same month, according to the Center for Monitoring the Indian Economy (CMIE).

“India added a massive 16 million jobs in July 2021. But all of the additional jobs India made available in July were of poor quality. 18.6 million additional people were employed as small traders and day laborers,” the MD said CMIE CEO Mahesh Vyas said in his analysis.

He said most of them are in agriculture, which employs 11.2 million additional people.

The number of paid jobs, which are mostly higher quality jobs, fell by 3.2 million in the same month, Vyas said.

“The big jump in employment in agriculture in July reflects the increase in sowing activities. Monsoon skipped this year. This has delayed the sowing of Kharif. At the end of June 2021, the sowing of Kharif was more than 20 per cent lower than in the corresponding period in 2020, ”noted Vyas.

This could be the reason for the strong employment growth in agriculture, he pointed out.

Vyas further noted that agricultural employment usually increases in July and this appears to be a seasonal pattern.

“The rise often begins in June, peaks in July, and sometimes remains elevated in August. This is the kharif period of sowing and reseeding agricultural activities. Employment then rises again in November during the Kharif harvest season. Agriculture absorbs an additional 8-12 million people in the month of July. That year, the July intake was higher at 11.2 million, “he added.

He explained that this happens when other sources of employment begin to dry up, as seen in 2020 during the pandemic, and the increase in employment in the form of farmers in 2020 was largely a covert unemployment.

“It is likely that these farm workers will lose this source of employment when the Kharif seed season comes to an end. The economy must provide these workers with adequate alternative sources of employment after the season ends, ”Vyas said.

Meanwhile, relatively better jobs declined in July, Vyas said, adding that paid jobs at 76.5 million a month were 3.2 million less than in June.

These were also 3.6 million below the 80 million level before the January-March 2021 second wave, he said.

“Compared to the pre-pandemic times when the number of employees was on the order of 87 million, the decline is much larger at over 10 million. The multiple bans since April 2020 and their weakening effects on the economy have cost the employees the most, ”he emphasized.

Since wage jobs are not as elastic as the employment of a day laborer, it is difficult to get a lost wage job back.

As a result, the cumulative effects of the constant loss of paid jobs during the multiple lockdowns and their aftermath are much worse, he said.

“Unless investment picks up, it can be difficult to get back most of the 10 million paid jobs lost since 2019-20. This could be the biggest hurdle for India’s recovery, ”added Vyas.

(Only the headline and image of this report may have been revised by Business Standard staff; the rest of the content is automatically generated from a syndicated feed.)