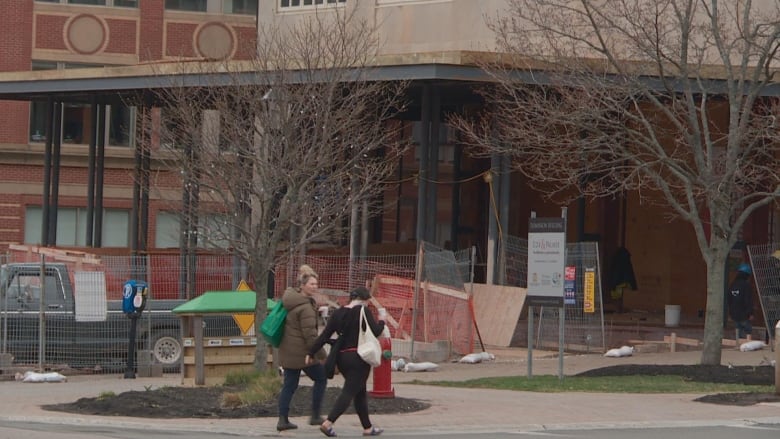 The $ 16 million library was due to open this summer, but like many construction projects, COVID-19 has caused some delays in sourcing manpower, materials, and drafting plans. Officials say the project is on budget and construction should be completed in November.

“You now really have a chance to really see the layout and get a really good feel of the space,” said Wade Arsenault, senior project manager at Charlottetown Area Development Corporation.

In contrast to the current library, housed in the Confederation Center of the Arts and built in the 1960s, Arsenualt describes the new space across the street as modern, open, and very spacious.

“Many of these physical accessibility issues will be eliminated, which we are very excited about.”

Clinton said while the current library has some narrow stairs and small elevators, the new library faces the street and is all on one level.

Libraries are no longer just storehouses for books. They are really community hubs and meeting places– Beth Clinton, regional librarian

“We have always welcomed everyone, but now we are happy that we can welcome people more easily,” she said.

The new space will have program rooms behind glass walls instead of having programs outside. This means that parents can still watch their children in the rooms, but there is some noise protection and privacy for certain programs.

“You don’t have to hear too much about The Wheels On The Bus while you are trying to get your job done,” Clinton said.

“We’re just going to be able to have a little bit more privacy about the programs and possibly offer different things that didn’t quite, you know, want to be brought out in public with kids passing by and all.”

Those involved in the project are happy that the public sees the new space. (Laura Meader / CBC)

Other new features include a video game room, music rehearsal room, and kitchen.

The Confederation Center Public Library is the largest of the PEI’s 25 public libraries.

“I know the first time I got involved in the project it really opened my eyes,” said Arsenault.

“Libraries are no longer just storehouses for books. They really are hubs and meeting places. So I think we can do that role much more effectively when we’re more visible and brand new,” said Clinton.

“As soon as you open a new library, your circulation and the number of visits increases. Halifax and Truro saw this when they received their new libraries. We are very excited about it.”

Officials say the exterior of the building should be ready by summer and the inside will be ready by November. (Laura Meader / CBC)

Officials said the outside of the building should be completed this summer and work inside will continue through November.

After that, it will take the library a few weeks to move all of the materials across the street to the new facility in the Dominion building.

“Just to sit down and be part of the community.”

The library could be open by the end of December.

Affordable, Or Unreasonable? That Is The Query – Utilizing Discretion In Building Initiatives Ought...