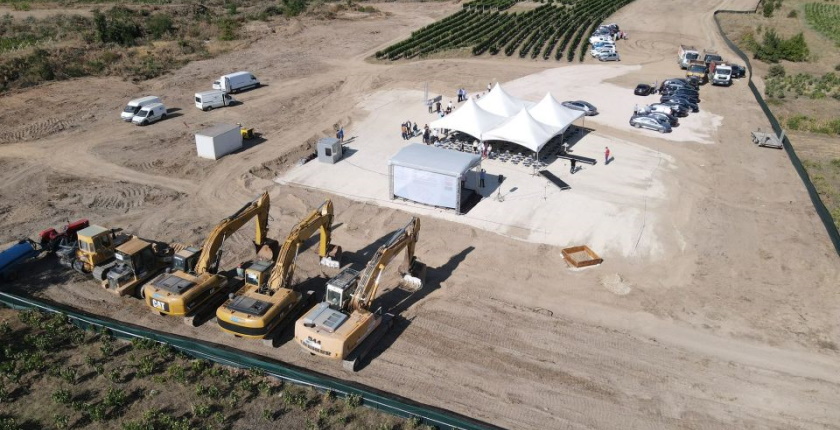 North Macedonia has started construction of the 400 kV Bitola-Elbasan power link, the first with Albania. Albania is the only neighboring country to which North Macedonia had no such connection.

North Macedonia’s Prime Minister Zoran Zaev said that with the investment of 50 million euros, the east-west electricity corridor would be fully functional and enable electricity to transit from Bulgaria via North Macedonia and Albania to Italy.

The power connection is scheduled to go online in 2023

The electricity connection will complete Energy Corridor 8, a segment of a much larger project that will involve the exploitation of energy resources from the Caucasus region and Central Asia and their transfer to the Balkans.

In February 2020 Energoinvest from Bosnia and Herzegovina and Končar from Croatia received orders worth 35 million euros for the electricity connection from North Macedonia’s transmission system operator (TSO) MEPSO. The two companies will install a new 400 kV line to connect the country with Albania, a new 400/100 kV substation near Ohrid and an extension of the Bitola 2 substation.

It is the largest investment in the country’s transmission network, which is due to go online in 2023, said Zaev.

Zaev said North Macedonia has five 400 kV power connections: two with Greece and one with Serbia, Kosovo * and Bulgaria, and the new one will complete the connection with all neighboring countries’ power transmission systems.

MEPSO director Kuštrim Ramadani stated that the investment was supported by a grant of 12 million.

Despite the difficult conditions caused by the COVID-19 pandemic, MEPSO was able to start the major project with just a few weeks delay, emphasized Ramadani.

Economy Minister Krešnik Bekteši said that the Bitola-Elbasan power line would contribute to the regional integration of energy markets. It will improve the security of electricity supplies and increase the competitiveness of electricity prices, he added.