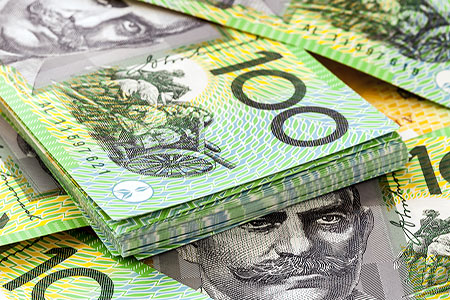 After the acquisition, NRW Holdings is pleased to be able to report on the latest contracts awarded by the wholly-owned subsidiary Primero Group.

In the reporting period, Primero received new contracts with a total value of around AUS $ 155 million with key customers and advanced strategic initiatives that further strengthen the group offering within the newly founded Minerals, Energy and Technology Business (METS) under the banner of NRW Holdings. This includes awarding the group’s first Build-Own-Operate (BOO) contract initiatives, which crystallize the group’s strategic direction for entering the market of ownership and operation of processing infrastructure.

The equipment is designed, manufactured and built in-house by the companies in the METS division and is focused on enabling infrastructure relocation, in line with other material handling products already offered by the group. The order is placed through the Minerals and Non-Process Infrastructure divisions, which are critical to the Group’s continued development at local and international level and which increase the focus on sustainable recurring sales contracts. The awards are broken down by sector:

Atlas Iron has awarded Primero a 4-year crushing service contract at the proposed Miralga Creek operation in the Pilbara region of Western Australia. The contract provides for crushing capacities for 2 million t / year as part of a BOO scenario and starts at the beginning of 2022.

Primero has signed its first major engineering, procurement, site support and commissioning contract in West Africa for the Abujar gold project in Côte d’Ivoire. The project award demonstrates the group’s continued growth and maturity in the execution of mineral processing techniques and the diversity of skills in several of the group’s raw materials. The project has a world class size of 3.5 million t / year throughput, with the majority of the contract revenue expected to be booked in FY22.

The Primero Group has announced the award of the contract for the construction of the Mt Holland Water Supply Pipeline by its valued customer Covalent Lithium. The project builds on the design work that Primero received and completed in October 2020, including the detailed construction planning and methodology for the 130 km pipeline and associated pumping equipment.

Construction work on the site has started and the project is expected to be completed in Q1 22.

As an updated announcement, Primero can confirm that the previously announced letter of intent with Panoramic Resources to operate the Savannah Nickel Project pursuant to Panoramic’s announcement dated April 6, 2021 has been entered into on a binding 3-year contract. Work on preparing for and operational readiness for the resumption of concentrator operations in accordance with the announced recovery plan for the mine in Q3 21 has already begun, with the first deliveries planned for December.

Jules Pemberton, CEO of NRW, commented: “The further development of the METS pillar of the NRW Holdings Group continues to ensure further success and market penetration among important customer groups in our industry. As the newest member of this group, Primero has added significant capabilities and these recent awards show the diversity, performance and growing capacity of the group across multiple goods and services. “

Read the article online at: https://www.globalminingreview.com/finance-business/02082021/nrw-holdings-primero-awarded-aus155-million-worth-of-contracts/

Character houses in Brisbane, the Council and also you – Actual Property and Development