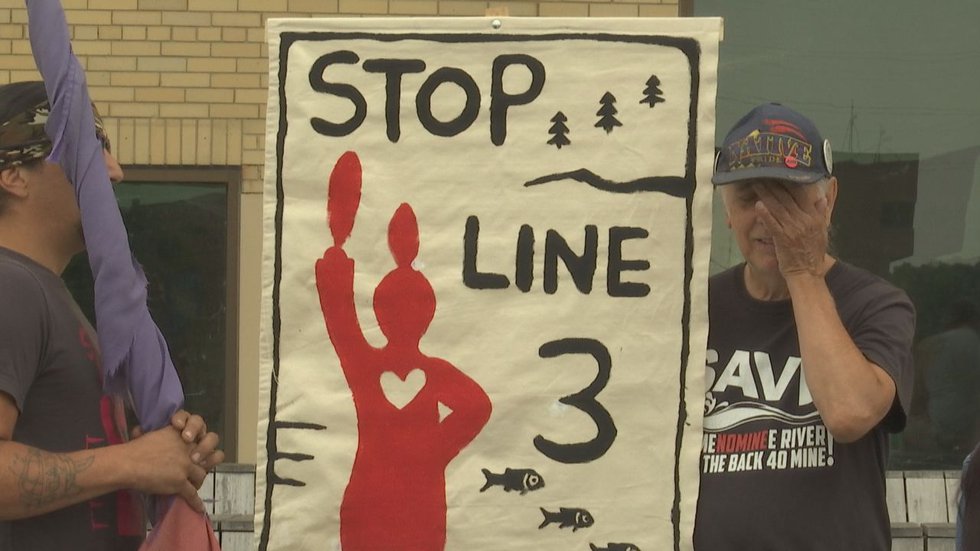 Action 2 News spoke to protesters on City Deck on August 7th about their environmental and safety concerns, while the responsible energy company said they did everything they could to minimize them.

“These pipelines are constantly leaking,” said Justice Peche, organizer of the protest and member of the JOSHUA task force on environmental justice. “There has never been a pipeline that does not leak. They are destroying the wild rice fields in Minnesota, Michigan and Wisconsin. They are violating treaty rights by destroying this land on which the First Nations have the right to hunt, fish and gather. “

The pipelines on Lines 3 and 5 are being repaired and expanded by Enbridge, one of the leading energy suppliers in North America.

“We are involved in this line 3 issue because it is an international issue,” said Bobbie Webster, Chair of the JOSHUA Task Force on Environmental Justice. “It affects climate change, it affects contract rights, it affects human rights and it should concern us all.”

In a statement released Aug. 6, Enbridge said the building permits for Line 3 include conditions specifically designed to protect the wild rice water. Their pipelines have coexisted with Minnesota’s most sacred and productive wild rice stocks for over seven decades, Enbridge added.

The Minnesota Appeals Court recently concluded that Enbridge “judiciously selected a route for the replacement pipeline based on respect for tribal sovereignty while minimizing environmental impact.”

“We are victims of human trafficking,” said Sandy Gokee, an Ojibwe woman and a member of the Red Cliff Band of Lake Superior Chippewa. “We are targets of these men’s camps. These people come with money to spend because they are well paid and have time. No family around them. What are you going to do?”

Action 2 News reached out to Enbridge about the protesters’ complaints, and the company said that all Line 3 replacement project staff are required to undergo human trafficking awareness training and the company will not tolerate any illegal behavior resulting in one can result in immediate termination.

According to Enbridge, the Line 3 project in Minnesota is already 80% complete and is expected to be completed in the fourth quarter of this year.