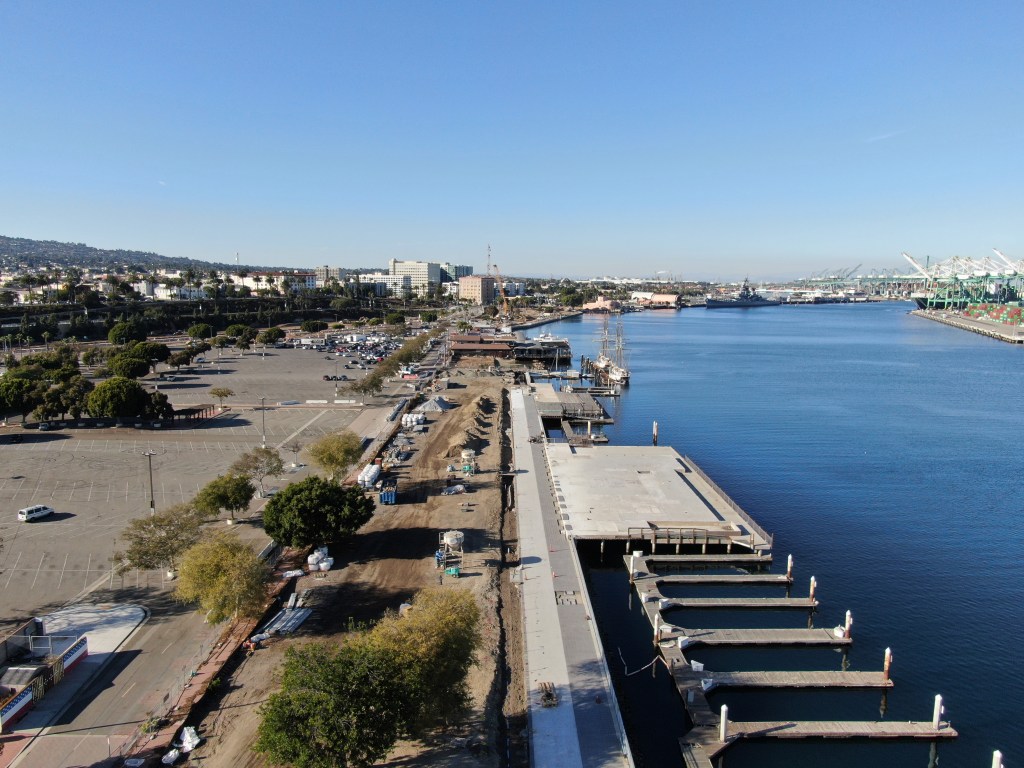 During the months of the pandemic, the Port of Los Angeles has not been short of spending and activities on waterfront infrastructure projects.

“We’re moving at full speed,” said Mike Galvin, director of waterfront and commercial real estate for the Port of Los Angeles. “We have currently approved projects worth $ 193 million.”

These include the now completed intersection improvements for Sampson Way, as well as the waterfront and town square, as well as an extension of Harbor Boulevard from the currently redesigned intersection to Southern Pacific Slip in the south and Wilmington Waterfront Promenade, all of which are under construction through June 2021.

What is on hold, however, is prioritizing the next set of community wish-list items submitted by neighborhood councils and other groups as the port considers spending for the next five years. These lists to consider included battleship Iowa moving to SP Slip, as well as suggestions for improvements to Harbor Boulevard, a public landing in the former Ferry Building (now the Los Angeles Maritime Museum), public toilets in the town square, and the completion of the entire waterfront building and a youth sailing center in Wilmington.

“In 2020 we re-prioritized for a new round of projects when the pandemic and our (cargo) volume suddenly went through the ground,” Galvin said in a phone interview on Friday January 29th.

While that picture turned dramatically by the end of 2020, when cargo volumes rose to record highs, Galvin said that there had been a pause in prioritizing new projects.

“We want to make sure the money comes first,” he said. “We had a great second half of the calendar year, but is that an ongoing trend that we can count on?”

Until the pandemic subsides and vaccines continue to roll out – and the broader economy has a longer term view – some of the more recent proposed priority projects pending approval will remain on hold, he said.

The public access investment plan was launched in 2015 and provides 10% of the port’s operating income each year to improve visitor access.

The spending was planned in two five-year sections through 2025, but the program could be extended beyond that, Galvin said.

The current 10-year program is expected to spend an estimated $ 400 million or more.

“We’re like everyone else” waiting to assess when things will get back to ‘normal’ and looking for a more sustainable recovery, Galvin said.

Sign up for The Localist, our daily email newsletter with hand-picked stories relevant to where you live. Subscribe here.

Staffing Companies Beware: You May Owe Prevailing Wages to Staff Assigned to Carry out...