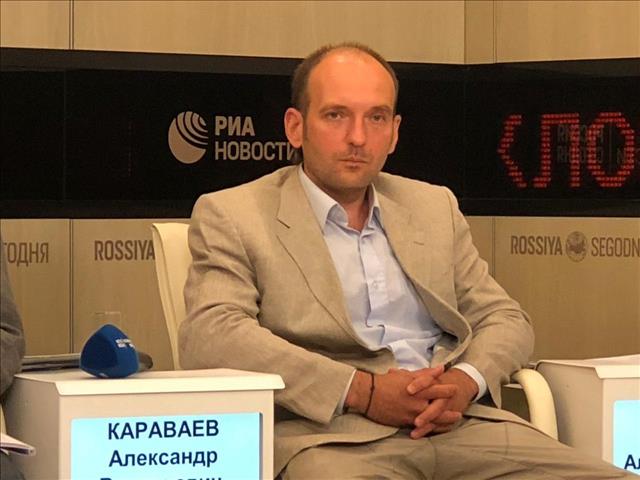 (MENAFN – AzerNews) According to trend

The result of the trilateral meeting of the Presidents of Azerbaijan, Russia and the Armenian Prime Minister to clear all economic and transport links in the region is a major infrastructure construction project, a Russian political scientist and researcher at the Institute of Economics of Russia Academy of Sciences Alexander Karavaev told Trend.

“What we mean by transport communication is the main infrastructure of various modes of transport, connected to a network of small roads of regional importance along which economic activity is growing,” said Karavaev.

“Within a few years, the establishment of such a network has become an important center of activity for many branches of the economy – from the manufacture of building materials and the steel industry to trade and the development of the municipal sector. This happens even before the start of operations, which will also gradually increase as the interest of reputable external companies in the field of logistics, he added.

Karavaev noted that if everything was built and started in a year, this agreement is not a one-off.

‘The construction of this infrastructure can be compared to the Baku-Tbilisi-Kars (BTK) railway line. First of all, it should be noted that this is a significant investment in the real economy, in the sectors of raw material production, related services and the expansion of goods exports by small and medium-sized enterprises. This is the fundamental difference between investing in this project and investing in oil and gas pipelines, which is not so obvious from the perspective of the perception of real citizens in the regions. Pipelines are powering governments and businesses, and roads and railways directly improve people’s quality of life, he said.

“All participants in this process will ultimately benefit,” said the experts.

“Another feature of this project, as opposed to building the same pipelines, the political scientist said, is that it helps unite the people living in this region. There will be a process of mutual pollution and close relationships between regions.” Consumers and producers, he added.

‘The new communications network (rail and road) will connect rural areas with global corridors – the ITC North-South and the Trans-Eurasian Belt Way. That said, there will be additional demand for roads to be built to nearby settlements, which will stimulate the development of small towns and individual villages, he said.

Karavaev noted that this agreement does not create any obligations for its participants. The parties are not obliged to create a free economic field or free trade zones.

‘The Center for Analysis of Economic Reforms and Communication in Azerbaijan has estimated that the export of goods without resources will increase to 700 million tons. When we talk about the life of this corridor, I assume that the export of goods will increase by about 30 to 40 percent over the next five years. However, before these properties go live, there will be an increase in the construction sector, automobile production and growth in residential property construction, he said.

The Russian political scientist stressed that the connection of this transport corridor with the Russian ITC North-South will enable more active development of these areas, which will attract additional transit freight.

Disclaimer: MENAFN provides the information “as is” without any guarantee. We assume no responsibility or liability for the accuracy, content, images, videos, licenses, completeness, legality, or reliability of the information contained in this article. If you have any complaints or copyright issues related to this item, please contact the above provider.

Black companies awarded lower than 1 p.c of NC’s $9.9B in state company contracts,...