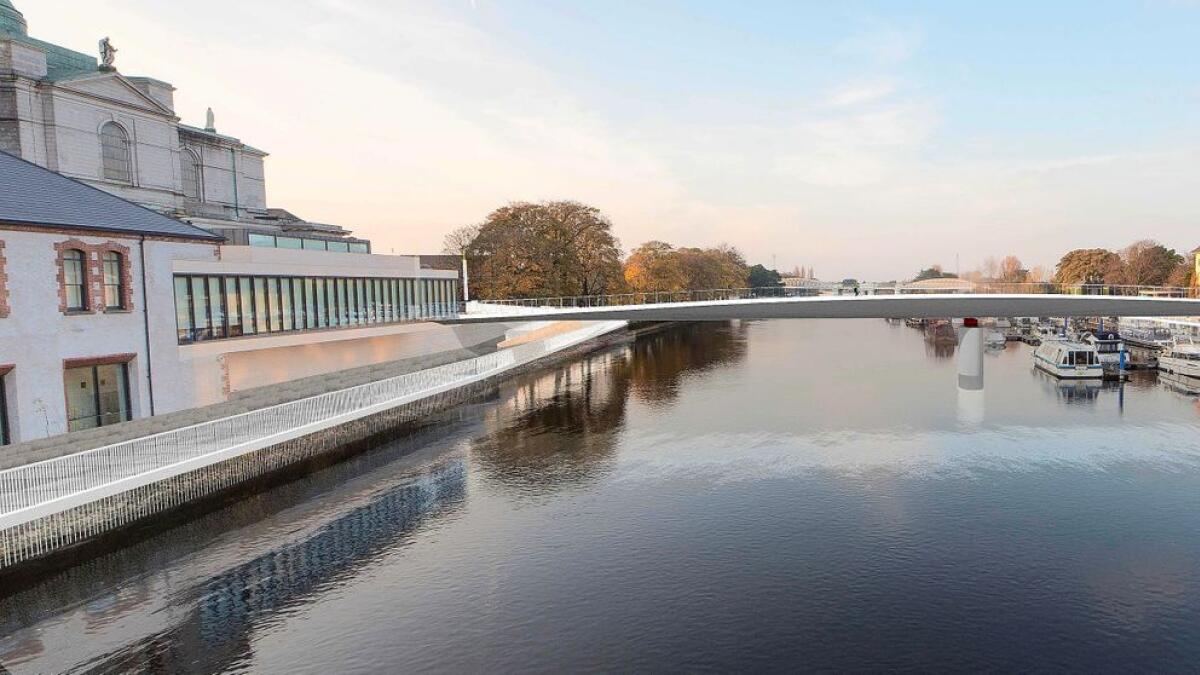 Work on a new bridge over the Shannon as part of the next phase of the Dublin to Galway cycle path development could begin in August or September.

Barry Kehoe, Director of Services, gave the update on the closing of a presentation by Athlone Arts and Tourism Manager Carmel Duffy at a recent Athlone-Moate Borough meeting held.

The new bridge, which brings the bike path from Athlone Marina to Athlone Castle, crosses the Shannon next to the Radisson Blu Hotel near the Luan Gallery.

Work on the section of bike path from White Gates to Athlone Marina is expected to be completed this summer.

Mr Kehoe also hinted at Monday’s meeting on a possible future move of the Athlone Tourist Office from Athlone Castle as part of a series of works planned for the heritage and visitor attraction area over the next two years.

“The new bridge, the cycle path bridge, is currently tendered and we hope that the contractor will do well in August or September. This is a fantastic milestone. Hopefully this bridge will be completed in late 2022 or early 2023, ”Kehoe told members at the remotely held meeting.

“The flood protection continues and we have to do some improvement work between the castle and the river. Then we have the target city project. The regeneration project team will also drive the improvement of the marketplace, which in turn is an excellent opportunity to bring together all the different initiatives, projects and attractions in this part of Athlone and bring the church and other buildings into a very attractive public realm -Scheme.

“The next part of this will be walking up Connaught Street to do major projects to make better use of the buildings on Connaught Street, especially those we acquired, some of which there are,” he continued.

“So we’ll have a shape for this by the end of the year and hopefully get back to the members who come up with proposals for these buildings to see how they could be built next year. ”

He believes Athlone, as the main town in the Hidden Heartlands region, now has a great opportunity and “the challenge for us is to make the best of it and we are committed to it”.

Regarding a possible move of the Athlone Castle Tourist Office, he added: “This has been a long-term goal and is particularly related to the other projects, the marketplace improvement project, and we will see if we can come up with something in this one Working for Fáilte Ireland and for ourselves. This is really my aim to solve the tourist office problem and we will keep you updated as we keep developing the design and working with Fáilte Ireland. “