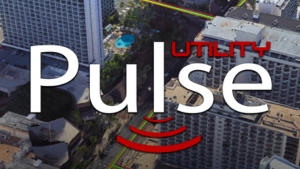 A university of Hawaii A student-led project in Mānoa that can help expedite the completion of the Honolulu railroad project received a prize package totaling more than $ 33,000. The new startup Pulse Utility won the UH Venture Competition (UHVC) hosted by the Pacific Asian Center for Entrepreneurship (PACE) at Shidler College of Business.

Led by Craig OpiePulse Utility, a UH Mānoa student in the field of information and computer science, would like to support the railway project in the search for underground utilities along the railway line. This cost the project considerable time and money. Pulse Utility uses ground penetrating radar, a safe and non-invasive technology, to locate all of the buried infrastructure. Opie said the team plans to complete the data collection and present its solution to the Honolulu Authority for Rapid Transportation with the aim of a possible contract.

“This entire competition has been a lot of work and dedication from all of our team members, and it’s amazing to know that our hard work has paid off,” said Opie. “We are pleased to offer our solution that reduces the time and money involved in finding and approving buried utilities.”

Pulse Utility was one of three finalists to introduce themselves to a panel of judges at the final virtual event of the Venture Competition on May 5th. Watch the event on PACE’s YouTube channel. Pulse Utility’s pricing package includes $ 10,000 from American Savings Bank, professional services from Vantage Counsel LLC, Pineapple Tweed, Blue Logic Labs, and business consulting resources and coworking space at the Coworking Hawaii hub.

“We are happy about the hard work and perseverance of all teams during the entire competition season,” said PACE Executive Director Peter Rowan said. “Despite the challenges of running the entire program online, we are very satisfied with the reach and impact of this year. The quality of the competition was very high in every round and the results were excellent. “

For the first time in the 21-year history of the UHVC, the public was invited to view and actively participate in the competition. Five semi-finalists were invited to make a brief presentation during the wild card round of the competition for the chance to win a $ 500 cash prize, sponsored by ProService Hawaii, chosen by the audience. The winner was Kahu Bot, a project made up of an autonomous robot capable of recognizing its surroundings while spraying disinfectant three feet high. 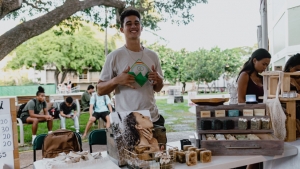 This event is an example of UH Mānoa’s goals to improve student success (PDF) and excellence in research: promoting the company for research and creative work (PDF), two of four goals set in the Strategic Plan 2015-25 (PDF), updated December 2020.