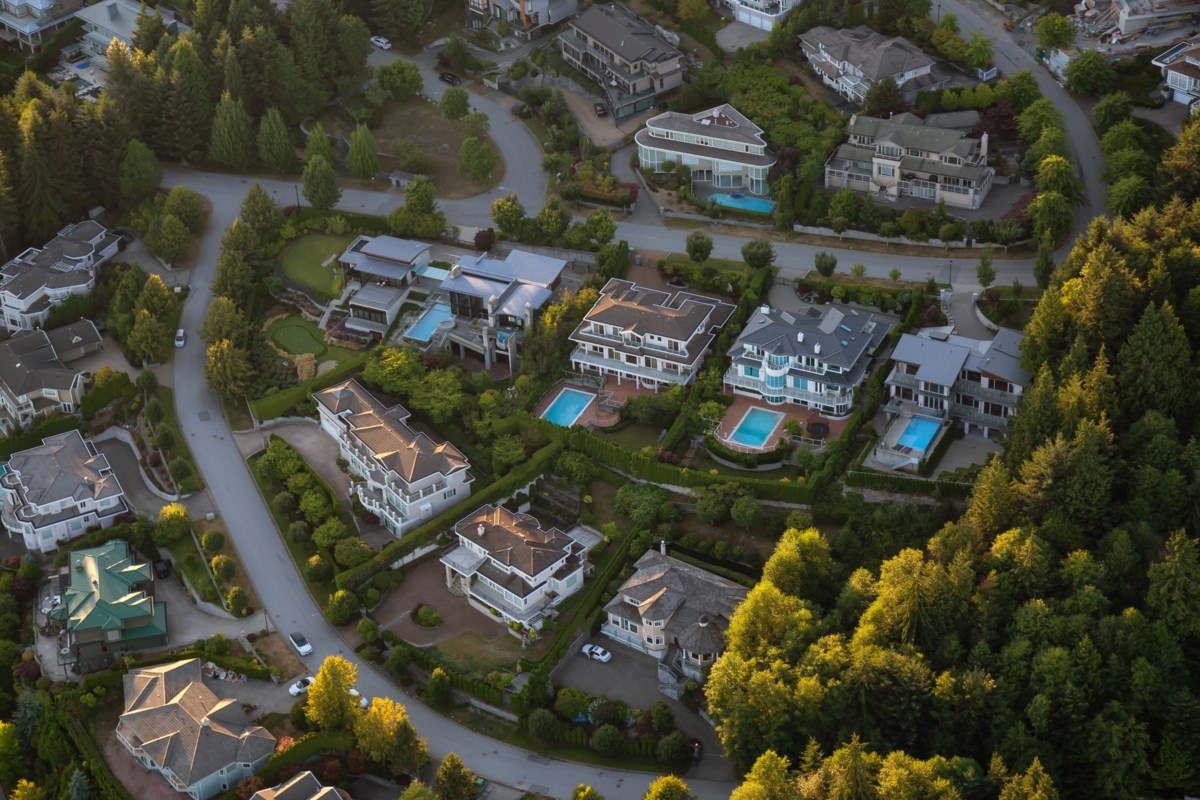 The new statute limits the maximum house size, but allows for more subdivision and the construction of sheds

After a two-year public process, the West Vancouver District Council has taken steps to limit the construction of “monster houses” in the community.

On July 27th, the council voted for the adoption of a statute aimed at preserving the character of the district while at the same time allowing the district to be “gently densified”.

The statutes set limits for the maximum house size, which varies depending on the size of the property and the size of the neighboring properties. But it also allows for greater subdivision of larger plots and provides incentives for owners to build coach houses and add second homes to their plots.

The idea is to encourage smaller apartments and limit the visual impact of homes that don’t fit into the existing neighborhood while, according to the staff, preserving the owners’ equity.

The council’s unanimous vote – which will bring the changes into effect in January – comes after a lengthy, citizen-led consultation process that began in 2018. A report from this group was presented to the Council in November. This process followed unsuccessful attempts by previous councils to restrict demolition of existing homes in order to build massive new homes in the district.

Count. Nora Gambioli welcomed the change, calling it “the beginning of the end of new monster houses” in West Vancouver.

“This is a really positive change in our single-family neighborhoods,” said Gambioli. “It’s going to make a huge difference in another 10 or 20 years.”

The biggest changes concern the reduction of the maximum floor area ratio (essentially the ratio of house size to property size) from the current 0.35 to 0.30.

But the statutes would also allow a division of the property and the construction of two 3,300-square-meter houses – which is currently not allowed.

For owners who keep smaller, older apartments on their land, the statutes also provide for “density bonuses” for building shed houses. The procedure for the admission of remises is to be streamlined.

The regulation also seeks to limit the visual impact of houses on neighbors by changing how closed deck areas are included in floor area ratios and how roof heights are calculated.

Only a handful of people tuned in to speak at a public hearing just before the vote. Most supported the changes.

Nancy Smeal, vice chair of the civic working group that led the changes, said she was promoting the need for living diversity in West Vancouver while trying to trim homes that are off-scale compared to neighboring homes.

“The character of the neighborhood is important,” she says.

Among those who phoned or wrote to the council, the possible loss of trees to make way for coaches to be built was a major concern.

A local resident expressed concern that the changes were quite complicated and difficult for many people to understand.

He also expressed doubts that the incentives will be enough to encourage homeowners to build coach houses, citing the prohibitive cost of building one.

Changes may not go far enough

“In the 10 years that I have been on the council, there have been practically no coach houses built,” he said. “I would like more bonuses for draws. I would like to see it easier and cheaper. “

Cameron said while the changes to the draws and subdivision rules are to be welcomed, “it will not create a level of affordable housing.”

Count. Bill Soprovich asked if it was fair for a person with a large property to limit their possessions.

“Unless you live in Texas … you’ve always had restrictions,” said Mayor Mary-Ann Booth. “That only changes what you can build.”

Booth added that she believed the community was ready for the changes.

“We saw what happened to a number of very large, very empty, unaffordable houses,” she said. “We’ve talked about it for a long time.”

Modular – partnerships, digital development and re…