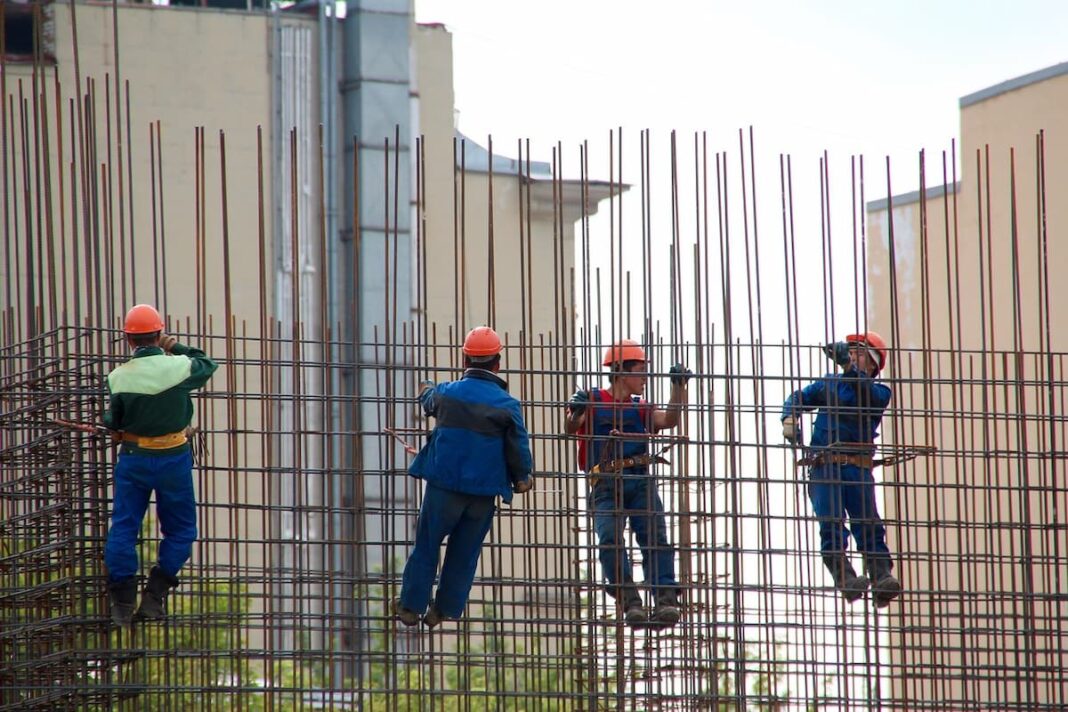 In today’s news, we will look into the BP and Meta that are constructing the 134 megawatt direct current (107 megawatt alternating current) Arche solar facility in Fulton County, Ohio. Meanwhile, as a direct result of the product’s success and widespread adoption in residential and nonresidential building applications, the GALVALUME® steel warranty has been doubled to support the continued development of sustainable steel. On the other hand, the Chief Executive Officer of Samsung Electronics, Kyung Kye-hyun, stated that a new semiconductor plant being constructed in Taylor, Texas was making excellent progress and will be finished this year. Furthermore, in an announcement made to South Korean media on January 8th, SK On Co., a South Korean battery manufacturer, and Ford Motor Co., a US automobile manufacturer, is building the largest electric vehicle (EV) battery plant in the United States on a 6.28 million square meter site. Moreover, this Friday begins a year of construction. The Oyster Creek bridge on southbound U.S. 59 will be closed Friday night, according to TxDOT.

Arche will provide more than $30 million for local public services and 200 construction employment.

Today, BP began construction of its 134MWdc (107MWac) Arche Solar project in Fulton County, Ohio, supporting the worldwide shift to lower-carbon energy. Arche will generate about $30 million in funding for local schools and other public services and 200 US supply chain jobs during development.

bp and Meta have signed a power-purchase agreement (PPA) to reduce greenhouse-gas emissions and boost US renewable energy. Arche will power about 20,000 US households with sustainable energy once completed.

“This deal shows how corporations can create jobs, invest in the US economy, promote net zero objectives, and help the world cut carbon emissions,” said bp America chairman and president Dave Lawler. Another example of bp cooperating to accelerate change and become a comprehensive energy organization that can help corporations, countries, and cities decarbonize.

“We appreciate bp’s assistance in helping keep our promise to supporting our global operations with 100% renewable energy,” said Meta’s renewable energy head Urvi Parekh. We are happy that this project will provide fresh energy to the grid and bring employment and investment to Ohio.”

bp wants to be net zero by 2050 and assist the world get there. bp invests extensively in bioenergy, e-mobility, renewables, and hydrogen in the US and worldwide. Since 2005, bp has invested $135 billion in the US economy and supported 245,000 employment.

GALVALUME® is 100% recyclable steel, unlike asphalt shingles, which must be disposed of in landfills. It also has excellent lifespan and corrosion resistance for construction roofing and siding.

“At U.S. Steel, we understand and share the dedication of our clients and their consumers who seek long-lasting, ecologically responsible, high-quality, and cost-effective building materials.” Ken Jaycox, Senior Vice President & Chief Commercial Officer of U.S. Steel, said, “Licensed GALVALUME® continues to prove itself in the industry as the best choice for roofing and architectural panels, and other building applications.”

US Steel Corporation, founded in 1901, is a major steel producer. U.S. Steel’s customer-centric Best for All® strategy is building a safer, more sustainable future for the company and its stakeholders. U.S. Steel provides high-value steel products including its proprietary XG3TM advanced high-strength steel to the automotive, construction, appliance, energy, containers, and packaging industries. The Company produces competitive iron ore and has 22.4 million net tonnes of raw steelmaking capacity. U.S. Steel is based in Pittsburgh, Pennsylvania, and operates globally.

Samsung Electronics CEO Kyung Kye-hyun said a new semiconductor plant in Taylor, Texas was progressing well and will be completed this year.

“The fab will finish this year and start manufacturing the best products next year,” he said.

According to Yonhap, Kyung uploaded a photo of Williamson County Judge Bill Gravell awarding him a Samsung Highway road sign.

It chose the site based on “the local semiconductor ecosystem, infrastructure stability, local government support and community development prospects” and its closeness to Samsung’s current manufacturing site in Austin, 25 kilometers southwest of Taylor.

The rich terracotta clay soil had been wetted by rain, generating little and huge puddles around a massive steel structure with millions of steel beams.

Yet it was another busy Sunday for many of the 800 engineers and construction workers who had arrived to “get rolling” on schedule for the electric vehicle battery production factories under construction in Glendale, Kentucky, roughly 84.5 kilometers south of Louisville.

The 6.28 million-square-meter construction site, announced to South Korean media on Jan. 8, is where South Korean battery company SK On Co. and Ford Motor Co. are developing the largest EV battery plant in the US on a single location.

George Eschker, a supervisor with Barton Malow Co., the project’s primary contractor, stated, “It’s a massive programme, so we need to take advantage of whatever days that we can to speed the timeline.”

Eschker remarked, “We have up to 160 people working here today in multiple teams.”

The two businesses’ joint venture, BlueOval SK (BOSK), announced in September 2021 a US$11.4 billion investment to develop twin EV battery factories in Kentucky and a third in Tennessee.

The site’s 8,000-10,000-ton steel frames make roughly half of one factory or a quarter of both facilities.

“The walking distance from one end to the other of the facility is almost 1 kilometer,” SK On’s BOSK building unit project leader Park Chang-seok stated during the press tour.

Park noted that the BOSK plants will be one to two floors tall and roughly 30 meters tall, the height of an average 12-floor residential flat in South Korea.

The BlueOval SK Battery Park manufacturing complex in Kentucky broke ground this month, setting the joint venture on a smooth path that will help Ford accelerate its electrification drive and SK expand into America.

Ford plans to make half its global vehicles electric by 2030.

SK On, the battery-making business of South Korea’s second-largest conglomerate SK Group, expects the combined U.S. plants would help it become the world’s top player over the next decade.

BOSK director Shin Dong-yun remarked, “The BOSK plants will account for the bulk of the 150 GWh output capacity projected for our North American activities.” “We need BOSK to be number one globally.”

SK On, which was spun off from SK Innovation Co., South Korea’s largest energy company, lags behind LG Energy Solution Ltd., the world’s No. 2 battery maker.

SK On operates two standalone EV battery plants in Georgia, one of which started operations this year.

According to SK On statistics, the construction has passed some significant milestones.

It has transported 4.3 million cubic yards of soil, enough to fill 200 American football stadiums, and lay 283,000 tonnes of stone, the weight of approximately 1,350 locomotives.

Michigan project engineer Leonardo Orozco said he can’t see visiting his family in Mexico anytime soon with “all this big programme going on.”

He said, “I can’t afford the time for a while.”

The project also promises additional orders for South Korean component suppliers since BOSK will use Korean construction and other equipment for the factories.

Tyler Shovein, a Barton Malow project engineer, said, “It’s absolutely exciting being on the vanguard of this technology and knowing that I’m helping to the green energy revolution.” The project excites me.

Original Source: US 59 SB and NB lanes in Sugar Land to close this weekend for construction project

Sugar Land’s Highway 59? Gridlock alert, but only for the weekend.

TxDOT says U.S. 59 southbound lanes will close Friday night near the Oyster Creek bridge. The feeder will redirect traffic, but those lanes should reopen Saturday.

Then northbound lanes will close, forcing cars onto the feeder. Lanes should reopen Sunday.

As crews replace the Oyster Creek bridge, HOV and shoulder lanes will be removed.

Next year I should finish that project.

Houston’s traffic is tracked by ABC13.

Overall, we have discussed BP’s Arche Solar project in Fulton County, Ohio that has officially broken ground today, contributing to the worldwide transition to lower-carbon energy sources with its 134MWdc (107MWac) capacity. During construction, Arche will create roughly 200 US supply chain jobs and $30 million in revenue for local schools and other public services.

Additionally, new semiconductor facility construction in Taylor, Texas is proceeding on schedule, according to Samsung Electronics CEO Kyung Kye-hyun. The fab will be completed this year, he claimed, and top-quality goods would be manufactured in the next year. Furthermore, SK On, the battery manufacturing division of South Korea’s second-largest conglomerate SK Group, believes that the merger of the two U.S. plants will help it establish itself as the industry leader over the next decade.

On top of that, the Oyster Creek bridge on southbound U.S. 59 will be closed Friday night, according to TxDOT. Although the feeder will reroute traffic, the affected lanes should be accessible again by Saturday.

Can An Adjudicator Get Paid The place That Adjudicator Resigns Earlier than Reaching A...