Construction News Blog
Home News Find Out About the Latest News on Nampa Students to Build a... 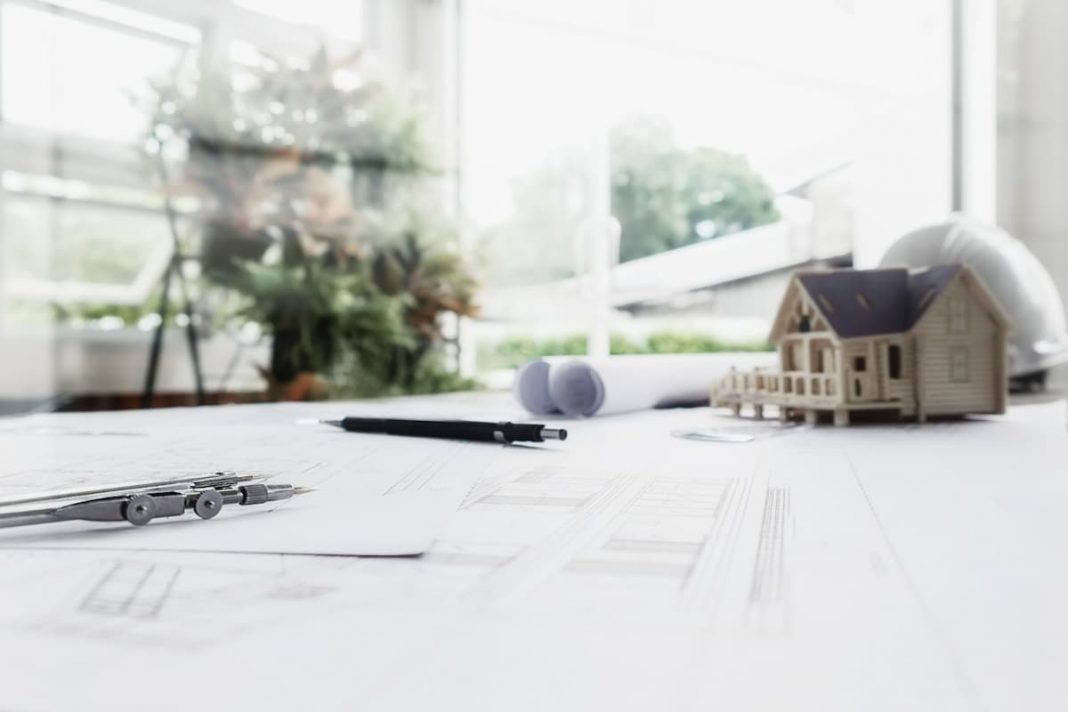 In today’s news at constructiondaily, we will look into the students of the Nampa School District who will build a single-family house project, and they broke ground on Wednesday. Master’s degree candidates in the School of Architecture, Emma Sherefkin and Noah Silvestry, recently completed the Jim Vlock First Year Building Project, in which they helped design and construct a home for a member of the New Haven community. Today, construction teams at the Maine Medical Center’s new Malone Family Tower held the traditional ceremony of “topping off” the building. As part of the renovations being done at Danville Public Schools, construction has begun at George Washington High School.

Nampa students build a house: “It could be a future job”

Original Source: Nampa students prepare to build a house: ‘This could be a future job’

Mayor Debbie Kling and Nampa School District Superintendent Dr. Greg Russell attended Wednesday’s ceremony to celebrate the commencement of a single-family house project students will build from the ground up.

The student builders include Fenton. Columbia, Skyview, and Nampa high school students are part of ICAT.

ICAT is a CTE school in Nampa. 28 paths, including buildings.

“You learn how to build dwellings,” “- Fenton “We’re building a new house, which will teach us life skills, how to build houses, and offer us a chance to create our own business or join a successful construction company.”

“In Idaho, we’re receiving a lot more out-of-staters,” Madero added. “There’s a lot more need for houses, so it’s a crucial ability to master because this may be a future employment for us.”

“Only people who have constructed a house know what it’s like to stand back and say, ‘I did that with these two hands.'” Miller “Now to offer these students that opportunity and to have a house that will sit here for 100 to 200 years, they’ll be able to bring their kids and grandkids by this house and say, ‘yes, when I was in high school, a junior senior, I built that, I did that.’ It was the first place I had lived in, which is amazing to me.

Miller said students learn tool safety and how to use blueprints. He owns a construction company and knows the market.

“Everyone I talk to needs support, and not just one or two, they need 10-15,” Miller added. So, necessity exists.

Now, students are building that house and have been preparing for the movement.

“Half the time we’re in class and have to work,” Madero remarked. We made a ramp for a woman who had an accident and couldn’t use her legs; her husband had to carry her up the stairs. So we built a ramp. “We made doghouses and sheds for folks.”

The house will be finished by the end of the school year, and pupils will be ready to work in the real world.

Yale undergraduates Emma Sherefkin and Noah Silvestry installed kitchen cabinets in New Haven’s Hill area. Sherefkin fixed a door’s hinges with a power screwdriver while Silvestry held it firmly. A sliding glass door beside them was open to the muggy air.

For two Yale School of Architecture master’s students, the cabinets were part of a months-long collaboration with classmates for the Jim Vlock First Year Building Project. The annual project, a fundamental part of the curriculum for first-year architecture students, allows them to design and build a house in the city. It’s a first-of-its-kind initiative that other architectural schools have since copied.

The chance to turn a painting into a home was invaluable to Silvestry.

“As architects, we spend a lot of time making detailed drawings, but very few of us have the chance to see those drawings come to life,” he said. Many of us are excited about the building project.

Sherefkin, who worked in New Orleans construction, said the building project drew her to Yale.

“It’s a key aspect of schooling,” she remarked. It’s crucial to know how your drawings and plans will look on location. “I think many students who had never done construction were surprised by how different it is to work on site and put together all the details they had drawn on a computer. “

The 2018 building project had a twist. As part of the 2019 building project, students were asked to design and build an accessory dwelling unit behind a three-unit house. The city recently amended its zoning regulations to allow these dwellings on lots with existing houses to increase affordable housing.

For the sixth year, the School of Architecture teamed up with Columbus House, a local non-profit that helps the recently homeless. The students’ client, Columbus House, will choose a renter for the new home.

The School of Architecture will have an open house on Oct. 2 from 4 to 6 p.m. The gathering will honor the late Paul Brouard, who supervised the building project for 40 years. The school will run a bus from 180 York Street to the location to ease parking.

The late Charles Moore, who led Yale’s Architecture Department from 1965 to 1971, started the Vlock building project in 1967 to address students’ desire for socially conscious architecture. In the beginning, students traveled to Appalachia to establish community centers and hospitals. In recent years, the project has focused on New Haven affordable housing.

This year’s ADU proposal posed tricky design challenges, said Adam Hopfner, a school critic and project leader since 2006. The new construction lies at the rear of the existing house, with Metro North and Amtrak tracks nearby.

“The students put a lot of effort into providing privacy for the existing home and the new dwelling,” said Hopfner, founder of Hopfner Studio in New Haven. “Given the structure’s proximity to the railroad tracks, students considered noise pollution.”

Back wall of the new home has no doors or windows and is thickened with cabinetry and storage to reduce train noise. Front and side windows and doors are triple-glazed to block noise.

The 450-square-foot unit has a large kitchen and living room. A short hallway leads to a bedroom with built-in cabinets and closets. A bathroom off the corridor between the kitchen and bedroom has a huge skylight.

Outside is a cedar rainscreen. A tiny front porch with a shed-style roof offers privacy from the 2019 home. The front porch door is on the right. Cedar scrim adds privacy to the left end.

“Everything about the house’s plan, from the bedroom’s location to the roof’s slope and the scrim, was designed to maximize light while allowing the occupant to feel safe and private,” said Silvestry.

In January, students chose a site. Teams generated design suggestions. In the end, they submitted their proposals to Columbus House and the city. After choosing a design, students made building plans. They began in May. The kids worked through June. Twelve students, including Sherefkin and Silvestry, worked as paid interns in July and August.

“What I like most about directing the project is witnessing the light bulb go out among the students as we debate technical concerns like acoustic decoupling or the building’s thermal envelope,” Hopfner said, standing in the kitchen and living space. “Out here in the field, you can see all the things we talked about registering with the students as they build the structure.”

Sherefkin said the experience teaches students that details described in plans may not come together easily during a build. The Cedar rainscreen is an example. Offsite, students erected four rainscreen panels, but when they attached them to the exterior walls, the components didn’t line up as in the drawings.

She said, “We had to make extra cuts and gap things more than intended.” I’m proud of the result.

Sherefkin and Silvestry made the apartment’s cabinets, a first for both. They cut the cabinet lumber at Leetes Island Woodworks in Guilford, one of several community organizations and local businesses that support the project.

The new home will be a model for future ADUs, Hopfner said. A group of student interns is creating a toolkit for anyone interested in a similar initiative.

“Working in a team and learning from your colleagues is incredibly fulfilling,” said Silvestry, a Yale architecture graduate in 2019. Everyone in their first year comes from vastly different academic and social backgrounds and has different and inspiring ideas about how to tackle homelessness and provide shelter. This was a valuable experience.

The kids also enjoy the gratification of designing and building a comfortable house for someone in need.

“I’d love to live here,” stated Sherefkin. I think the best sign of craftsmanship is building a house to your own standards.

MMC workers put a beam on the Malone Family Tower in Portland, Maine.

Turner Construction contractors utilized a crane to elevate the beam, an American flag, and a signed beam.

MMC President Jeff Sanders: “The construction teams are making excellent progress.” Many of our care team members signed the beam, symbolizing their joining us in Maine Medical Center’s future.

The structure will feature seven levels and a basement with 96 individual patient rooms. MMC is also developing a sterile processing department on top of the building to sterilize surgical tools.

George Washington High School is getting a new track around the football field; it hasn’t held a track meet since the ’90s.

Along with a new 2,500-seat gym and updated classrooms, the school’s facade will be remodeled.

Hairston: “It’s beneficial for the kids.” “Everyone likes new buildings. It encourages kids. It strengthens our community and shows that our inhabitants value children. Children should be our focus. “

The money will also be used to build a new G.L.H. Johnson Elementary School and renovate the old one.

“We want Galileo in a school that gives them fantastic projects and community opportunities,” said Hairston. Langston is an HBCU. It was a pre-integration African-American high school. We’re thrilled to restore it to quality and rapid learning.

John M. Langston should be renovated by 2024.

Generally, we discussed the student builders of the Nampa School District, who will build a single-family house project. They will learn to build dwellings, and quote, “It could be a future job.”

Master’s students Emma Sherefkin and Noah Silvestry engaged in the Jim Vlock First Year Building Project. They designed and built a home for a New Haven resident. In addition to that, Sherefkin says the project helps students see how their concepts work in practice.

The new Malone Family Tower at Maine Medical Center was the site of the customary “topping off” ceremony, which was held by the construction staff. The construction of the new cardiovascular medical tower at MMC marks the completion of that institution’s Master Facilities Plan.

Construction and renovations are currently underway at Danville Public Schools, and the first of many renovations will start at George Washington High School, which is getting its new track  around the football field, as it hasn’t held a track meet since the ’90s.

Workplace of Administration and Price range and U.S. Division of Homeland Safety—Pause of Border...