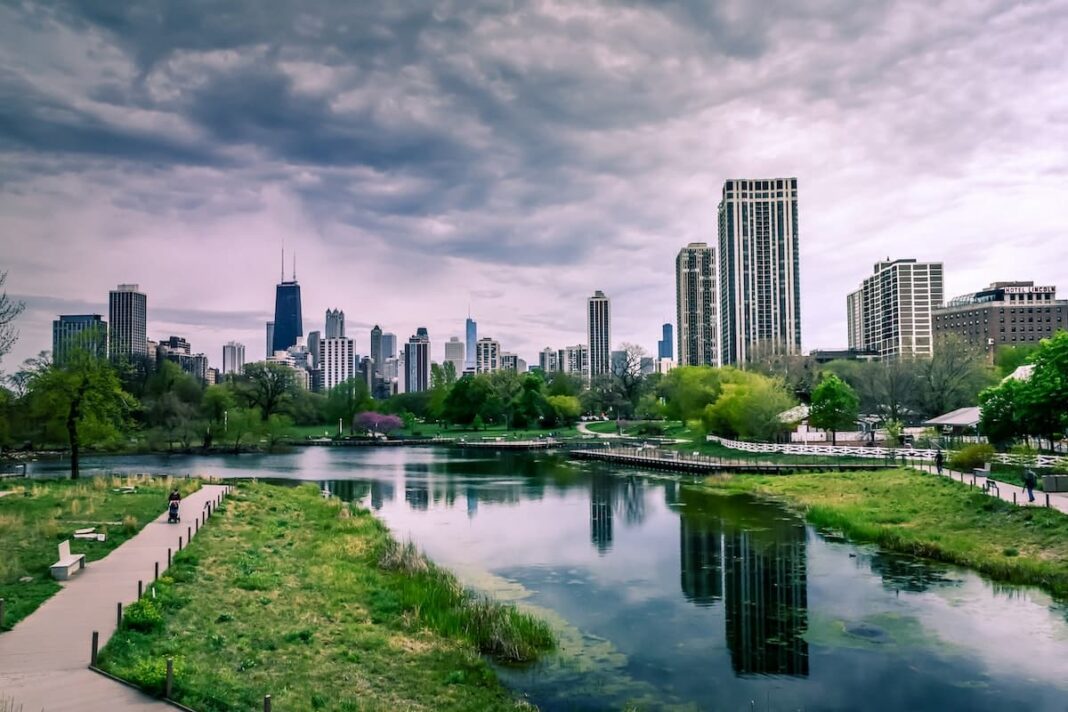 In today’s news, we will look into the MACCO Grant that was given to UniTec, and the development of the new facility continues. Meanwhile, during the final regular meeting of the Commissioners Court, Jack Cagle spoke in favor of flood mitigation and park construction. On the other hand, the military intends to construct a new healthcare facility at Guantánamo Bay with a budget of $435 million. On top of that, Megaprojects aimed at producing clean energy in Texas are now under progress.

LEAs had to apply and match 25% of the MACCO money.

Cauley said the UniTec Foundation, a 501.c.3 organization founded by the school and its supporters, has been fundraising for the career center. Donations to the nonprofit are tax-deductible.

Cauley noted, “Several people and corporations have donated and supported different fundraising campaigns.” “Our April golf tournament will benefit the charity and provide us with reimbursement money.”

UniTec’s director said the monies are being utilized to expand to serve the school’s growing high-demand programs.

“We’re building an 8,000-square-foot building here,” Cauley said. The Welding and Robotics programs will be housed in our campus annex. Both programs will get required upgrades and larger spaces.

Cauley noted that robotics is currently “trapped in the corner of another building.” This will provide a classroom and a beautiful field for robot building. It will also include handicap-accessible facilities and all the building’s safety standards, such an eye washing station.

He added, “By creating this new structure, we will also increase our present Construction program and our Power Sports program because they will take up larger spaces within our existing building.” Once completed, it will assist four or five programs. It’s a great chance to collaborate and improve student learning.”

Grants and fundraising have started building the new addition. Heimburger Construction Inc. of Bonne Terre and Quality Foundations and Flatwork of Farmington were chosen for building and foundation work.

“We’ve got some extremely terrific partners,” Cauley remarked. “Various IDAs (Industrial Development Authorities) have helped that, too. We’re working hard to raise $133,000, and I don’t see an issue. We’re grateful for this scenario. 75-25 matching grants rarely occur. Education’s only one I’ve heard of. I’m delighted we qualified.”

Cauley said the building’s foundation is poured, footings are in, and steel is being erected. The 8,000-square-foot metal factory will be visible from U.S. 67 north of UniTec on its site.

The additional area excites Cauley’s students and faculty. In 2003, UniTec added a metal building to its 1971 factory.

This month, Gov. Parson announced the MACCO Grant awardees and stressed the importance of technical education in fulfilling industry and labor needs.

The governor remarked, “Career and technical education is vital to our workforce development goals here in Missouri.” “For good-paying employment across the state, the need for a post-secondary degree, trade, or industry-recognized certificate is expanding every day, and we want to encourage Missourians as they seek to gain new skills, especially in our career and technical education programs.”

Preserving the Katy Prairie and installing stormwater tunnels were recommended by the outgoing Harris County Commissioner for Precinct 4.

After receiving his fellow commissioners’ compliments, Cagle said it had been an honor to represent Precinct 4 people before the 2021 redistricting, along the county’s northern tier, and afterward, in the west. He contemplated water issues.

“When I arrived, we were in a drought, and everyone was asking, ‘What can you do Commissioner, about providing us water?'” Cagle stated, “I prayed for rain. I told people to stop asking for rain after five 100-year floods, two 500-year floods, and a 2,000-year flood.”

Cagle expressed remorse about the 2021 redistricting, which may have contributed to his narrow November loss. He remained philosophical.

“We are servants,” Cagle stated. “We will all die and meet our creator. But as servants, what we accomplish on Earth is likewise temporary, thus my tenure of duty will end. Unless something unusual happens, the keys will be given on January 1.”

Cagle said flood remediation was still needed. He said Harris County needed to restore the Katy Prairie and develop a network of stormwater tunnels, a multibillion-dollar endeavor. He also stressed the importance of creating parks and greenspaces for recreation and flood absorption.

Cagle frequently referenced antiquity. Vetruvius, the ancient Roman architect and engineer, was his final recommendation. “”We must establish firmitas, utilitas, and venustas,” he remarked. Strong. Be beneficial. It must be lovely.”

The base hospital replacement plan includes a prison and reduced health care for inhabitants, but not for aged war prisoners.

The U.S. military proposes to replace the base hospital with a $435 million health care complex that would treat hundreds of prison guards but not aged war prisoners.

Only the 1954 two-story hospital serves the outpost’s 5,500 to 6,000 residents. More patients will be transported to U.S. facilities for treatment, but the 35 detainees there cannot be moved.

A 3,000-page Navy presentation for contractors this year described the “Ambulatory Care Center.” In fiscal year 2024, Congress must fund $187 million for construction.

The Pentagon jail, which opened 20 years ago and holds 780 inmates, was planned and built ad hoc.

In 2018, the Pentagon bought an enormous holding cell with a shower and bed so a prisoner could stay in the war court facility. Last Monday, guard force commander Col. Matthew Jemmott testified that he did not have enough troops to staff it overnight.

The military has cut prison staff to help the Biden administration reduce detention facilities. U.S. Southern Command stated the jail commander had 1,000 U.S. troops and other government employees, 500 fewer than in April, or 28 guards and other people per detainee.

A graphic in the clinic proposal predicts that jail staffing in 2029, when the new hospital opens, will be the same as early in Donald J. Trump’s administration, when he threatened to populate the prison but did not add detainees. 1,800 military and civilians were estimated.

848 National Guard soldiers on nine-month prison assignments are building a $115 million dormitory. Congress financed it 2017. According to Defense Department authorities, the base has fewer jail guards. Hundreds of Navy medics, Coast Guard soldiers, civilian contractors, and Army officers live separately in the facility.

If two military judges hold jury trials in the three cases at the same time, a $4 million prefabricated courtroom will be ready next year.

Public access was initially prohibited. However, workers are erecting a spectators’ gallery.

“Barring some unanticipated extreme weather or systemic incident, the plant is still functioning and operational,” he said.

Dr. Stephen N. Xenakis, a psychiatrist and retired Army brigadier general, reviewed the plan and said the Pentagon was planning a “typical primary care community clinic, a facility with a couple of beds and an operating room but not intended to support more complicated treatment and procedures, which the detainees may need.”

“As individuals age, they likely to require more extensive and specialized therapy that has not been incorporated into the planning,” he said.

Dr. Xenakis oversaw various military medical programs in the 1990s as the commanding general of Army medical institutions in the southeast. He has visited Guantánamo for over a decade and spoken out against the military’s mistreatment of captives.

The Pentagon sends doctors, equipment, and support staff to the base hospital to perform sophisticated procedures on detainees because the military cannot bring captives to the US for care. Residents see specialists at US Navy installations.

The Trump administration rejected a plan to replace a failing C.I.A. jail with a new one that might provide end-of-life care. In 2021, the military closed the camp and transported the convicts to a 20-year-old maximum-security prison. It contains a padded mental unit and dental services.

The new facility’s health care “beneficiaries” include uniformed jail and court personnel, but it does not include detainees.

A Pentagon spokesperson declined to comment on the new facility’s absence of inmate health treatment in Guantánamo’s booming commercial hub, up the road from the base McDonald’s.

Lt. Col. Cesar H. Santiago stated that the US is committed to properly lowering the detainee population and closing Guantánamo Bay. The Department of Defense continues to provide legal medical care to service personnel, dependents, and detainees at Naval Station Guantánamo Bay.

The new hospital will provide pediatric care for officers and civilian contractors who can bring their families to Guantánamo Bay, like the existing one. Storknesting, a U.S. military policy in small, poorly equipped overseas outposts, requires pregnant women to leave the island in Week 34 to 36.

Green hydrogen, blue ammonia, and solar energy are being produced in the fossil fuel state.

Texas, the nation’s fossil fuel capitol, is investing in renewable energy. According to a recent U.S. Energy Information Administration report, Texas will get more electricity from solar and wind power than methane gas (natural gas) by next year.

According to a governor’s office release, construction will commence in 2023 and production in 2026. Bechtel estimates 4,500 direct construction employment. The project will create 200 million gallons of cleaner fuel yearly when finished.

The governor’s office announced that Air Products and The AES Corp. are building a $4 billion green hydrogen plant in Wilbarger County, north Texas, that will be the nation’s largest. It will produce 200 metric tons of renewable hydrogen daily.

The state is creating a clean energy hub.

“The project will widen Texas’ energy portfolio and establish our state as the country’s leader in green hydrogen while helping to cut emissions,” the news release stated.

The statement estimates 1,300 construction employment and $500 million in state income from the build. It will serve transportation and industrial areas when it launches in 2027.

On Dec. 7, Amsterdam-based hydrogen business OCI N.V. began building a $1 billion blue hydrogen factory in Beaumont, Texas. A release says the plant will be the state’s largest. Land and facility upgrades are included.

The announcement said the project will commence production in 2025 and create 1,000 construction jobs. Site preparation and construction are nearly complete. In March, Milan-based Maire Tecnimont won the engineering and procurement contract.

OCI’s nitrogen and methanol plants will be nearby.

According to the statement, the facility will generate enough solar energy to power 40,000 Houston households with zero-carbon electricity, saving 600,000 metric tons of CO2 each year.

Overall, we discussed that UniTec was selected as one of just a few recipients to win the full $400,000 award from the Missouri Area Career Center Opportunity (MACCO) Grant.

Meanwhile, the outgoing Harris County Commissioner for Precinct 4 has pushed for measures to protect the Katy Prairie and build stormwater tunnels. Today was Jack Cagle’s final day on the commissioners court. Cagle will step down on January 1 after losing to Lesley Briones in November’s reelection bid.

Furthermore, the new proposal for the base hospital has a prison and lessened health care for locals, but no provisions for elderly war prisoners. The U.S. military wants to spend $435 million on a new medical complex to replace the current base hospital, where hundreds of prison guards, but only young inmates, would be treated.

On top of that, renewable energy is an area of focus for Texas’ budget. Based on data compiled by the American Clean Power Association, Texas installed more renewable energy generators than any other state in 2021. The state’s addition of 7,325 MWh of wind, solar, and energy storage capacity in 2018 was greater than California’s 2,697 MWh, and when it comes to building up renewable energy infrastructure, Texas is unrivaled.