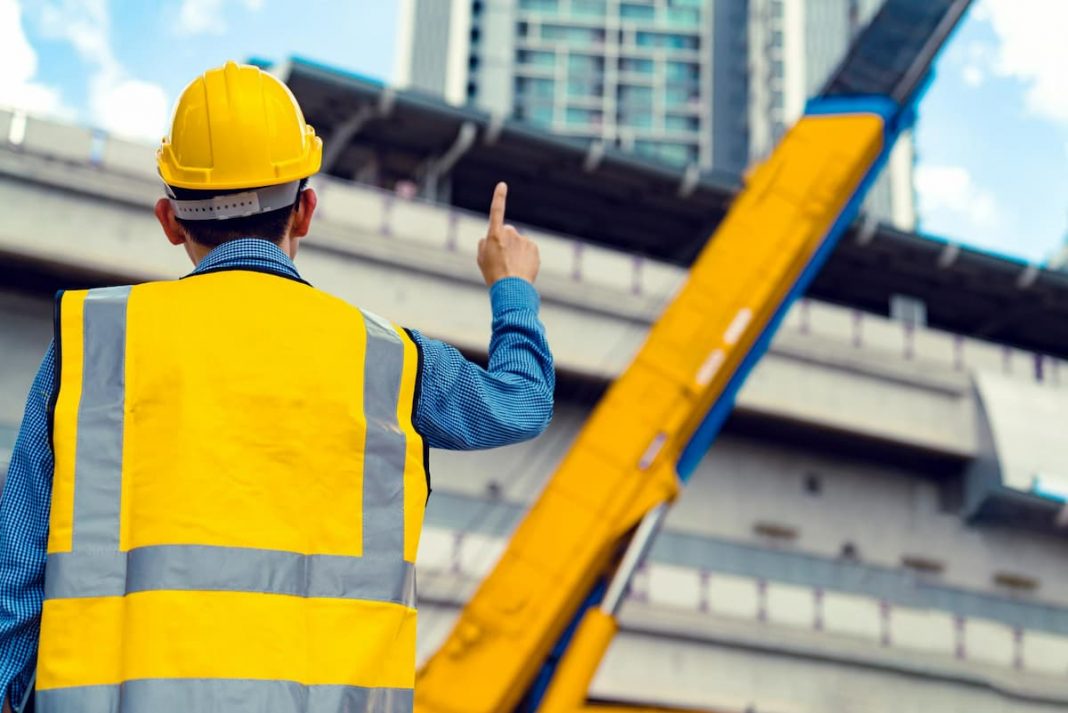 Learn the latest news here. In particular, a project that was going to create a multipurpose room at Woodland Star Charter School has been put on hold by the Sonoma Valley Unified School District. Meanwhile, today marked the beginning of construction on Phase 1 of the South Quay Marine Terminal project, which was led by Governor Dan McKee and East Providence Mayor Bob DaSilva. When it is finished, this facility will transform into a wind turbine staging area that will set a new standard, thereby providing a central hub for the expanding offshore wind economy in the Northeast. Furthermore, the most experienced apartment builder in North Texas has plans to construct a structure to the east of Highland Park. Moreover, on Monday, a blaze with three alarms broke out at the building site of the new Doherty Memorial High School.

The Sonoma Valley Unified School District has suspended a project to develop a multipurpose room at Woodland Star Charter School.

The superintendent, Dr. Adrian Palazuelos, said the project hasn’t been canceled. “it’s been temporarily suspended as the district assesses how to complete the remaining Measure E bond projects. These decisions will be made as quickly as feasible, and executive director Caroline Hopewell will be informed.”

Woodland Star’s update was due in August. The previous administration building would be destroyed and rebuilt as a multipurpose facility.

Hopewell stated much of phase one building was geared for the new hall. “We’re anticipating the second phase, which will include a multifunctional facility with additional student facilities, a warming kitchen, and a flexible area for large meetings, schoolwide events, and performances. Our music and handwork programs will be housed there.

Hopewell said not having a multipurpose space is problematic.

She said, “The Main Hall (multipurpose space) is the heart of our school community.” “We value community gatherings.”

The original administrative building’s multipurpose room was used for music and handwork, which are now in a maker’s room for science and woodworking.

On rainy and smoggy days, the building was utilized for lunch, recess, and movement courses. Waldorf class plays were also performed.

As needed, SVUSD will provide short-term alternative facilities at the nearby school.

“Unfortunately, both schools would need to use the Altimira multipurpose room at the same time, so I don’t see Woodland Star using it for food distribution, recess, and movement courses on inclement weather or fire days,” Hopewell added. “I’m still waiting to learn if middle schoolers can use the Altimira facilities facing our school.”

She said Woodland Star can host monthly board meetings at the district office.

SVUSD received $120 million from Measure E to support the Woodland Star project and others, but Associate Superintendent Bruce Abbott said the estimated expenses exceed the budget by $463,000.

Palazuelos was concerned about construction prices and skilled labor availability.

“In a period of tremendous construction cost escalation and growing inflation, the district is doing its best to meet its facility needs and fulfill its Measure E bond obligations,” Palazuelos stated Monday.

The SVUSD Board of Trustees approved the upgrade of Sassarini Elementary on June 21, even though it will cost $9.4 million more than initially planned.

Ching said at the meeting, “I support Sassarini’s new facility.” “That’s crucial. I think it’s foolish to start a significant capital project with a huge cost escalation when there are so many unknown aspects.”

“We haven’t decided or discussed the repercussions of decreased enrollment [in the district], and I don’t want to assume anything about the outcome.” I’m happy to pause this endeavor until we create a strategic plan.

“Rhode Island is a leader in offshore wind, and this investment continues to assure that,” said Governor Dan McKee. “I’m grateful to our Congressional Delegation for ensuring Rhode Island received ARPA funds and to the General Assembly for passing this idea. Together, we’ll convert this area into a modern port and create good-paying jobs.”

Mayor Bob DaSilva is “thrilled” to see construction begin. “Thanks to our public-private cooperation with the State of Rhode Island and RI Waterfront Enterprises, this parcel of property will be a game-changer for our city and region’s offshore wind industry and the number of local jobs it will create.”

A 525-foot berth with a cofferdam bulkhead and concrete platform is enough for a single large vessel (like an offshore wind installation vessel, which is less than 500 feet long) or two barges, which will be used for early mover offshore wind projects.

Large vessels need fenders, bollards, and water at the bulkhead.

Behind the bulkhead, 10 acres of upland laydown. This laydown section could store materials/components.

South Quay is on the Providence River near Providence Harbor and a deep-water canal. The property is 75 nautical miles from the Massachusetts and New York wind leases, which will use it for production, storage, and construction. The property is next to I-195 and I-95, which run across Rhode Island, reducing transit time and expense.

“When we developed the American Rescue Plan Act, we realized it had to address acute and long-standing issues. I wanted to make sure the $1.67 billion in State and Local Fiscal Recovery Funds could be targeted for each state’s objectives.” The $35 million in government assistance should help modernize this site, establish a cleaner energy future, and bring more good-paying employment to Rhode Island, said U.S. Senator Jack Reed, who helped provide $1.25 billion in state and local CARES Act money and $1.67 billion in American Rescue Plan Act funds.

Rhode Island has led the way in offshore wind, U.S. Senator Sheldon Whitehouse champions clean energy. Thanks to federal money, Governor McKee, and the General Assembly, we’re realizing South Quay’s enormous aspirations. This investment will use Rhode Island’s talent, ocean experience, and position to create a hub for the offshore wind industry, which is prepared for growth by our Inflation Reduction Act. “

Rhode Island is a national pioneer in harnessing offshore wind, and this marine terminal will increase job prospects in the new blue economy, said House Speaker K. Joseph Shekarchi. “The House was happy to work with Governor McKee to get $35 million for this project.”

Senate Majority Leader Michael J. McCaffrey: “South Quay might revolutionize our state’s future.” Creating a single hub to support the region’s expanding offshore wind industry will keep Rhode Island at the forefront of the blue economy, help us fulfill our renewable energy goals, and open new doors for thousands of Rhode Islanders. This is a wise investment of once-in-a-lifetime federal cash and shows how much we can accomplish together.

Original Source: Apartment high-rise in the works near Highland Park on U.S. 75

StreetLights Residential wants to build a 20-story apartment skyscraper on the North Central Expressway next year.

The Galatyn is a 2025 building created by the developer’s affiliate, StreetLights Creative Studio.

This year, StreetLights Residential bought the land. The developer constructed the 22-story McKenzie luxury apartment building off McKinney Avenue in 2018.

Developers have also developed more apartment complexes along the U.S. 75’s west side, including the 14-story Modera Katy Trail at McCommas Boulevard and North Central and the 19-story Nove at Knox, north of Knox Street.

StreetLights Residential has completed several Uptown residential skyscrapers. The Christopher in Uptown and the Hamilton in Deep Ellum are newer projects.

The developer has leased high-rise buildings in Oak Lawn and near Cityplace in Dallas.

North Texas has more than 50,000 housing units under construction.

City fire firefighters and investigators are at the scene of a three-alarm fire at Doherty Memorial High School.

The school, on Highland Street, close to the current, 56-year-old Doherty High, is roughly two years away from completion.

The fire was reported shortly after 3 p.m. While generating a gigantic cloud of black smoke above the city that could be seen for miles, it was mostly brought down by personnel in approximately 30 minutes.

“On arrival, there was substantial smoke and flames from the roof of one of the structures that is under construction,” Acting Deputy Chief Adam J. Roche said during a press conference at Elm Park. “We quickly initiated a defensive attack on the fire, employing airborne apparatus to put the fire out.”

A construction worker was brought to a local hospital with non-serious injuries, Roche added.

Both Highland Street and Park Avenue have reopened.

“I was informed it was roofing insulation,” Roche said. “That’s clearly still under investigation.”

Roche is concerned about the roof’s structure. He stated the roof has “some structural damage” but has to be investigated further.

Roche claimed the nature of the smoke originated from the insulation burning. He claimed the strong smoke had completely evaporated after the fire was put out and is not a health issue for neighbors.

He stated the Fire Department faced some “issues” with water hydrants.

Although the foam roofing can catch on fire and is incredibly flammable, Roche claimed it’s okay to put in a building when you install the sprinklers. The building is one of four buildings under development, Roche said.

Roche stated there are standpipes attached to the building, but they are currently dry because there is no water to the structure.

“We normally require standpipes as the floors go up to the floor below,” Roche said. “There’s no water yet. We could have installed hydrant lines into standpipes, but the fire was too close to the roof.

Monárrez commended first responders and said she was pleased Doherty pupils were safe.

Monárrez later tweeted, “Finished news conference with Fire Chief and Mayor on @DohertyHS fire.” No children or personnel were injured; an investigation will determine the impact.

investigating the fire’s cause. The building’s structural integrity will be evaluated soon.

In today’s construction news, a new version of Woodland Star was expected in August. The current administration building will be demolished and replaced with a brand new, multi-use structure. As part of the first phase of construction, the school will have its fire safety systems upgraded, a classroom ramp removed, a new fence installed in the front to make way for the new multipurpose structure, and a parking lot built in place of the former backyard garden.

On the other hand, House Speaker K. Joseph Shekarchi remarked that the construction of this marine terminal would enhance employment opportunities in the emerging blue economy and that Rhode Island was a leader in the US in harnessing offshore wind. With Governor McKee’s help, the House was able to get $35 million for the initiative.

Finally, firefighters and detectives from the city fire department are currently responding to a three-alarm blaze at Doherty Memorial High School. A construction worker had minor injuries and was sent to the emergency room. According to acting deputy chief Adam J. Roche, the thick smoke was produced by burning roofing debris. The blaze spread across a metal deck that was five stories high.

Salem-Keizer on schedule for enormous building push with 25 colleges set for renovations this...

What to learn about building in Fort Smith