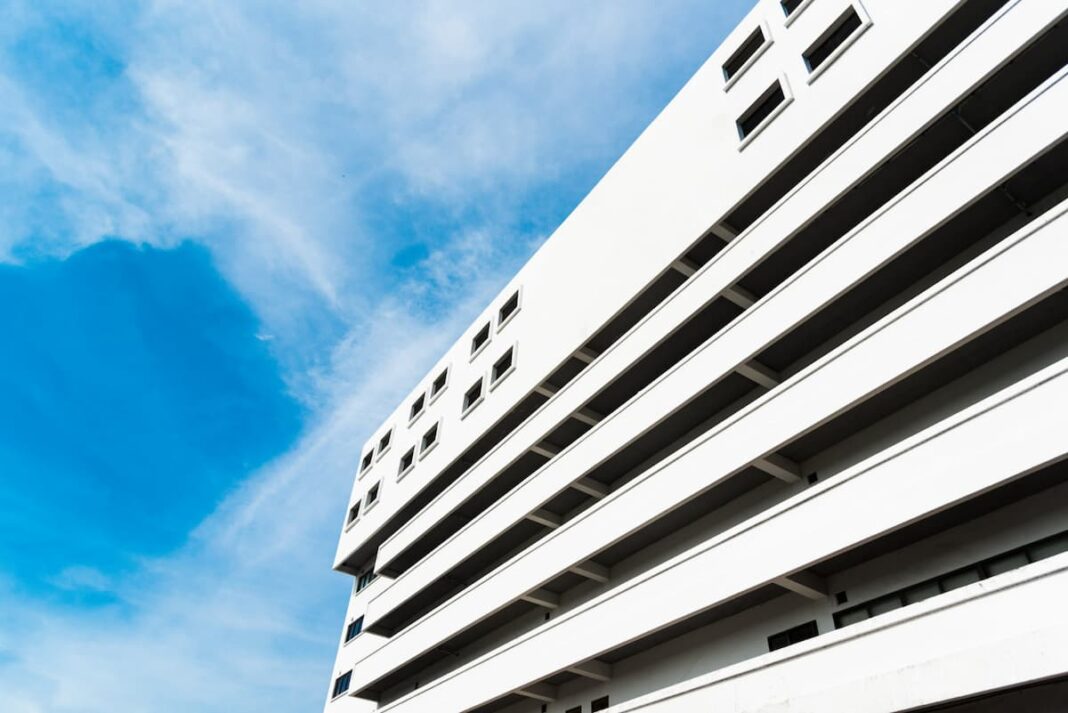 In today’s construction news, we will look at the new Medical Education Building at the University of Texas at Tyler School of Medicine, the Board of Regents approved a total project cost of $308 million. Meanwhile, we will know the reasons why recent building developments in Puerto Rico have made the effects of extreme weather worse. On the other hand, New schools for Stanton and Greeneville will be built as part of the Norwich school construction project.

By authorizing the overall project cost, design development, and funding for the new Medical Education Building, the regents are taking the next important step in opening the UT System’s 7th medical school, which will serve Northeast Texas for decades.

UT Tyler President Kirk A. Calhoun thanked the UT System Board of Regents, Chancellor Milliken, and our community of supporters.

The UT Tyler School of Medicine will be the first in northeast Texas, allowing doctors to train and practice locally. Capital initiatives financed over the next decade, including the new Medical Education Building, will help the new medical school attract and maintain excellent staff and students and boost biological research and core residency programs.

The University of Texas System has been changing lives through education, research, and health care for more than 130 years. The UT System is one of the largest public university systems in the U.S. More over one-third of the state’s undergraduate degrees and 60% of its medical degrees are awarded by UT campuses. In 2021, UT-owned and affiliated hospitals and clinics had 10.6 million outpatient visits and 2 million hospital days. The UT System ranks No. 1 in Texas and No. 2 in the nation for federal research spending. UT schools rank No. 3 for most U.S. patents granted in 2021. The UT System employs more than 93,000 health care professionals, researchers, and support employees, including Nobel laureates and National Academy members. $25.2 billion is the UT System’s operational budget.

Ortega said much of the highway slid away after Hurricane Fiona hit the island in September. “I feared the road might slide and I’d be a victim; who would care for my children?” said Ortega.

As a Caribbean island, Puerto Rico is prone to climate change, yet some environmentalists argue the government is jeopardizing lives by approving construction projects in geologically hazardous places.

During Puerto Rico’s development period in the 20th century, a complex network of roadways was built in the hills and mountains, increasing landslide risk. The highway Ortega drives to work has experienced landslides before, especially during Hurricane Maria, yet it still needs maintenance, according to a report.

Ortega: “When it rains excessively, I prefer to miss work to avoid a tragedy.” Even when the government makes remedies, the underlying issues remain.

In coastal cities and towns, environmentalists and urbanists oppose the government’s licensing of construction projects in ecologically sensitive locations, like as a new hotel near a marsh in Luquillo.

Pedro M Cardona Roig, a professional architect, urbanist, and planner known as El Urbanista, argues the government and relevant organizations have awarded construction licenses ignoring their impact on the population and nature.

The climate catastrophe disproportionately impacts low-emitting nations like Puerto Rico. Puerto Rico has pushed for US aid to safeguard its inhabitants from storms and other harsh weather. Both the US and Puerto Rico criticize their political leaders to hold them accountable to the people they serve.

This dynamic is revealed when hurricanes and other disasters devastate the island. Without a realignment of priorities, experts believe scenarios similar after Hurricane Fiona will reoccur.

Hurricane Fiona exposed the island’s inadequate infrastructure: roads were ripped up and mountainous sections flooded. In Cayey, a family was saved with a boat and rope from their second-floor home.

South-eastern Puerto Rico received 18 to 31 inches of rain within 72 hours of the storm’s impact, according to AccuWeather and NWS. Salinas was evacuated after 25 inches of rain caused record floods.

Cardona Roig thinks that new development increases the damage from storms like Fiona. He faults the 2009 permission system. It was designed to be “agile and efficient” to “promote the economy,” but it removed a crucial step in new construction project monitoring. He cites Cayey, where a family was evacuated by boat because work persisted in a flood-prone location.

When climatic calamities happen, new developments, notably homes, are also at risk. More than 70,000 landslides were created by Hurricane Maria, especially in hilly places; 22% of the island’s communities, home to 500,000 people, are in landslide-prone zones.

Due to poverty and a lack of government aid and control, families have erected hundreds of thousands of houses informally. High material costs, tariffs, and cumbersome permit processes limit formal building access. These homes are developed without land evaluation or environmental oversight. This is especially dangerous when towns are developed on the island’s highlands, with homes perched on uneven columns.

Carlos Tolentino wrote in the University of Puerto Rico’s Diálogo that building illegally is a poor person’s activity. Social class no longer divides legal and informal construction. Even when wealthy, builders may omit soil investigations or ignore code to save money and avoid red tape.

As a result, Puerto Rico’s housing complexes contain faults. After Hurricane Maria, several residences in Ocean Park were flooded and stayed underwater for weeks; mangroves and lagoons had been cleared to make space for development. During Maria, numerous buildings in the upscale Palmas del Mar housing complex fell. The hazards of developing additional land are often ignored. Hurricane Maria devastated a housing complex in Ceiba.

Despite Maria and Fiona’s proof that construction projects need additional control to protect citizens, municipalities and the local government continue to accept risky structures, including the removal of mangrove plants.

Despite its importance to local ecosystems, mangrove destruction has increased in recent years, aggravating floods. In Salinas, the removal of mangroves and lack of upkeep along irrigation canals compounded the effects of Fiona’s 25 inches of rain, forcing hundreds to escape.

According to Puerto Rico’s 2015 Site Use Plan, the land on which the hotel will be built was given special protections, stopping the project in 2016. When land categories were reclassified in 2019, construction resumed.

Lack of clear and effective environmental policies around construction has made Puerto Rico more vulnerable. Unless something changes, this system will burden the poor.

Cardona Roig: “We must look ahead.” Flooding in a luxury condo is different from flooding in a poor neighborhood, where inhabitants must wait for help.

New Stanton and Greeneville schools will be built in Norwich

If all goes according to plan, a new Greeneville school and a new John B. Stanton School should open in January 2026 as part of a $385 million school development project approved by voters Nov. 8.

The School Building Committee convened Tuesday for the first time since the referendum vote and endorsed the master plan’s construction schedule.

The multi-phase project could cost $97 million to $149 million, depending on state reimbursement. School Building Committee Chairman Mark Bettencourt has contacted state Sen. Cathy Osten, D-Sprague, for support to improve Norwich’s reimbursement rate and place the project on the state’s priority list for payment.

Norwich Comptroller Josh Pothier said the city will seek to bond $9.5 million by Dec. 31, including $7 million for school building expenditures and $2.5 million for other public infrastructure projects.

The project calls for four new elementary schools: one at the former Greeneville School and three in Stanton, John Moriarty, and Uncas. Teachers’ Memorial Global Studies Magnet Middle School will be refurbished or replaced. This isn’t decided yet.

Superintendent Kristen Stringfellow told the Board of Education this week that the new Stanton and Greeneville schools should open in January 2026, followed by new Moriarty and Uncas schools and the refurbished or new Teachers middle school in autumn 2028.

The last phase will turn the current Samuel Huntington School into an adult education center and administrative offices in January 2028.

When finished, the school district will have eight facilities, down from 14, with four elementary schools, two middle schools, adult education/central offices, and Norwich Transition Academy on Case Street.

Because the new schools would be in locations with expanding school enrollment, bus rides will be shorter, lowering costs.

Stringfellow wrote a letter to staff and parents after the referendum success, promising frequent updates and offering a link to the school renovation project website.

Castronova: “We want someone with experience, skill, and staff to advise us.”

The committee put off any decision until city officials can meet with the state school construction office to ensure the city is taking the appropriate steps to start the project.

Bettencourt expects the meeting to happen after the holidays. Bettencourt said the committee will wait until after New Year’s Day to deliberate its next steps.

Meanwhile, Experts warn against constructing new buildings or roads in areas with unstable geology. The central mountains of Puerto Rico are home to Jomary Ortega, who resides in Ciales. With its construction in a landslide-prone area, PR-146 makes it difficult for locals to get to work. Some environmentalists claim the government of Puerto Rico is endangering people by permitting building projects in geologically unstable areas, despite the fact that the island is particularly vulnerable to climate change because it is a Caribbean island.

On top of that, as part of the $385 million school construction project that was approved by voters on November 8, a new Greeneville school and a new John B. Stanton School should both open their doors to students in January 2026, if everything goes according to plan.

Uncover the Latest News on the U.S Pipeline, NYC DDC Wants More Design-build, $4 Million for Greylock Glen, and the States Grants Millions on...

Learn About the Latest News on 7,000 Workers to Build Intel Chip Plants in Ohio, the Casper-Natrona County Health Facility, the World’s Largest Commercial...