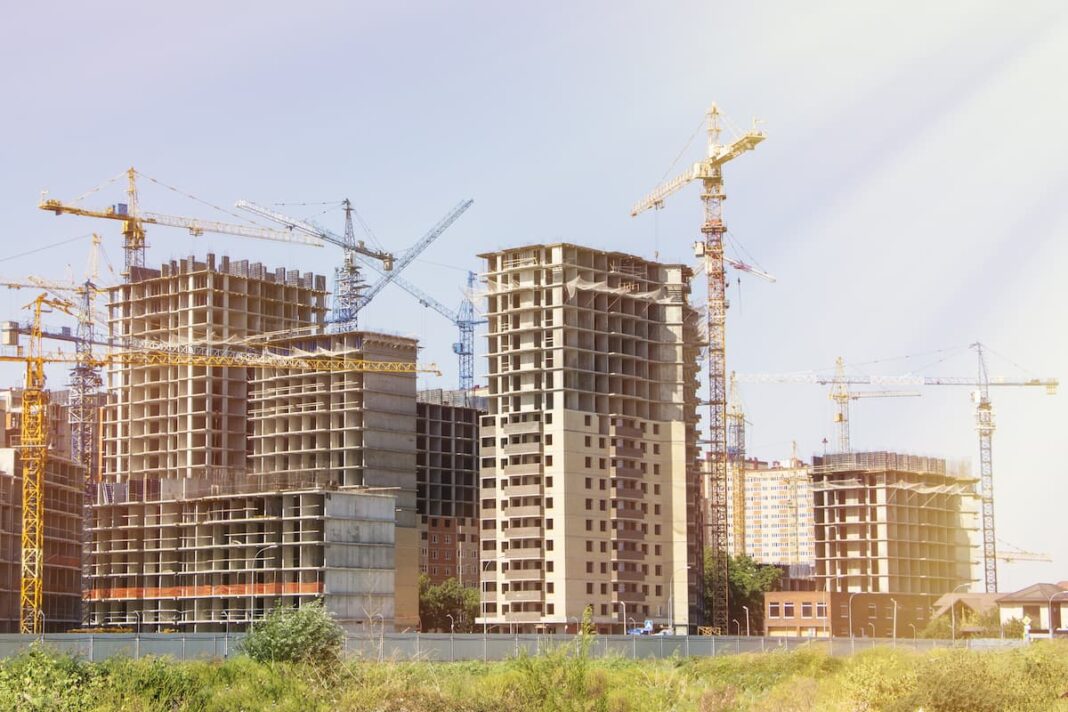 In today’s construction daily news, we will look into the Groundbreaking in the new U.S. Consulate General in Rio de Janeiro by the U.S. Department of State and the city’s officials, symbolizing the strengthening of the cultural, political, and economic ties between the two nations. Meanwhile, a noose was discovered at the construction site for former President Barack Obama’s library in Chicago, which prompted the local authorities to be alerted. On the other hand, Building Futures and the Rhode Island Building and Construction Trades Council came to an agreement on a labor contract that Brown signed in order to support local construction careers. Also, both YouTube’s headquarters in San Bruno, California, and Riverside Elementary School in San Pablo, California, were honored by the American Society of Civil Engineers (ASCE) San Francisco branch with 2022 project awards.

Richärd Kennedy Architects of Phoenix, Arizona, is the designer. Caddell Construction Co., LLC of Montgomery, Alabama, is the builder. The new consulate will be finished in 2026. Roughly $190 million will be invested in the local economy throughout the life of the project, of which $85 million will be spent to hire local staff and building supplies.

OBO has constructed 172 new diplomatic buildings since the State Department’s Capital Security Development Program began in 1999. It has more than 50 projects in design or construction abroad.

“We have zero tolerance for bias or hate,” the business declares, offering $100,000 to uncover the culprit.

Police were called when a noose was found at the construction site for former president Barack Obama’s library in Chicago.

The building company offered $100,000 for information.

Lakeside Alliance, a collaboration of Black-owned construction enterprises, reported the incident to authorities and “would provide any support”

We don’t tolerate bias or hate at work. Our onboarding process and site-wide briefings include anti-bias training. We’re pausing all onsite activities for another round of training and dialogues, the company stated Thursday.

Obama’s foundation made a statement on the library, part of the Obama Presidential Center.

Obama was born in Hawaii but became a community organizer in Chicago before becoming an Illinois senator. He beat Hillary Clinton for the Democratic primary in 2008, became America’s first Black president, and was re-elected in 2012. He gave the mantle to Clinton in 2016, but she lost to Trump.

“This despicable act of cowardice and hate is meant to split us,” the building firm said. Our top goal is worker safety.

Lara Cooper, an alliance spokesperson, said she couldn’t say if a worker is suspected or how the pause will affect operations.

The center is scheduled to open in 2025 near the Obama house, where building began in April 2021.

Brown University has reached a milestone in its ongoing commitment to make campus growth a regional economic engine and career spark for local people.

“As Brown invests in places for cutting-edge research, exciting residential life, and innovative teaching and learning, we rely on our longtime collaborations with the talented craftspeople of Providence and Rhode Island,” Paxson said. This new agreement formalizes Brown’s commitment, and we look forward to expanding on our legacy of supporting construction laborers’ career development and seeing more local residents achieve.

Brown has elevated many individuals into the middle class by establishing employment and careers, Sabitoni added. “This labor agreement memorializes Brown’s commitment to the community, which is huge for campus construction workers.”

Building Futures Executive Director Andrew Cortés said the new memorandum of agreement will speed future growth and training for employees on Brown’s campus and beyond.

Brown has been one of our earliest institutional partners, Cortés remarked. This arrangement allows us to grow to meet future demand and enroll more people from disadvantaged communities in Providence to start their careers and become skilled journey workers in Rhode Island.

Michael Guglielmo, Brown’s vice president for facilities management, said that in addition to supporting the local economy through employment and purchasing, Brown’s support of workforce development for the state’s construction workers is increasingly critical as its construction labor force ages, resulting in a shrinking pool of qualified tradespeople for major projects.

This project labor agreement shows Brown is investing in local workers and providing a workplace through capital projects, Guglielmo added. Building state-of-the-art buildings requires a competent crew. If not, Brown and other local organizations would build outside of Providence and Rhode Island.

Brook Street Residence Hall and Lindemann Performing Arts Center will open in Fall 2023. The Lindemann project alone has employed up to 200 union trade workers daily since 2018, including 24 Building Futures pre-apprenticeship program graduates as apprentices in various trades — the most on a site to date. They are creating a world-class arts and performance center for students, scholars, artists, and community members. The Granoff Center for the Creative Arts, which overlooks the site, hosted Monday’s signing ceremony.

Sabitoni: “Construction careers start and continue at Brown” Brown is one of the largest clients of the Rhode Island Building and Construction Trades Council, and that dedication to the community and workers should be recognized.

“By not negotiating new terms for every project over $25 million, the agreement will assist construction projects finish on time and on budget,” Guglielmo added. “Perhaps most crucially, the agreement ties in with the Building Futures initiative so we can hire younger qualified workers.”

Brown University has helped other universities understand the importance of apprenticeships, Cortés added. Brown has paved the door for community members to work on non-Brown projects.

Guglielmo observed that when Paxson, Sabitoni, and Cortés signed the new MOU on Nov. 14, it highlighted the University’s campus-wide commitment to diversity, equity, and inclusion.

“Diversity and inclusion are key to our accord,” Guglielmo remarked. “We make sure women and disadvantaged groups can have livable salaries, career prospects, and permanent employment in construction.”

75% of Building Futures apprentices are individuals of color, and 100% have low incomes.

When Brown offers chances, it ripples out to the community, Cortés added. This agreement represents a continuation and celebration of our collaboration with Brown.

ENGEO devised a monitoring instrumentation strategy, assessed predicted deformations using numerical modeling, and calibrated the models to measure deflections. The firm presented weekly measurements and future movement forecasts to SFPUC and supplied engineering/geology observations during construction. The project was finished by June 2021. The SFPUC pipelines and Caltrans embankment were fully operational during construction.

The firm designed and prepared construction drawings and specifications for DSM panels. The project schedule allowed little more than five months to deliver the design, acquire permission from the school district’s geotechnical engineer, and start building on time. During construction, the firm supported the contractor’s quality control team and the school district’s quality assurance team.

Overall, we have discussed today the new U.S. embassy that was officially inaugurated by the U.S. Department of State and local officials. Richärd Kennedy Architects, based in Phoenix, Arizona, designed the U.S. Consulate General in Rio de Janeiro. The constructor is the Montgomery, Alabama-based Caddell Construction Co., LLC. In 2026, when the new consulate is completed, it will be ready for business.

On the other hand, construction on the Obama Presidential Library was suspended after a noose was discovered on the property, and the construction company promised $100,000 to find whoever was responsible.

Furthermore, on November 14, the President of Brown University, Christina H. Paxson, signed a five-year memorandum of understanding with the Rhode Island Building Trades Council and Building Futures that commits Brown to using only union labor for any construction projects on campus that cost more than $25 million.

Moreover, the ASCE bestowed its San Francisco section 2022 project accolades upon the headquarters of YouTube, located in San Bruno, as well as Riverside Elementary School, located in San Pablo.