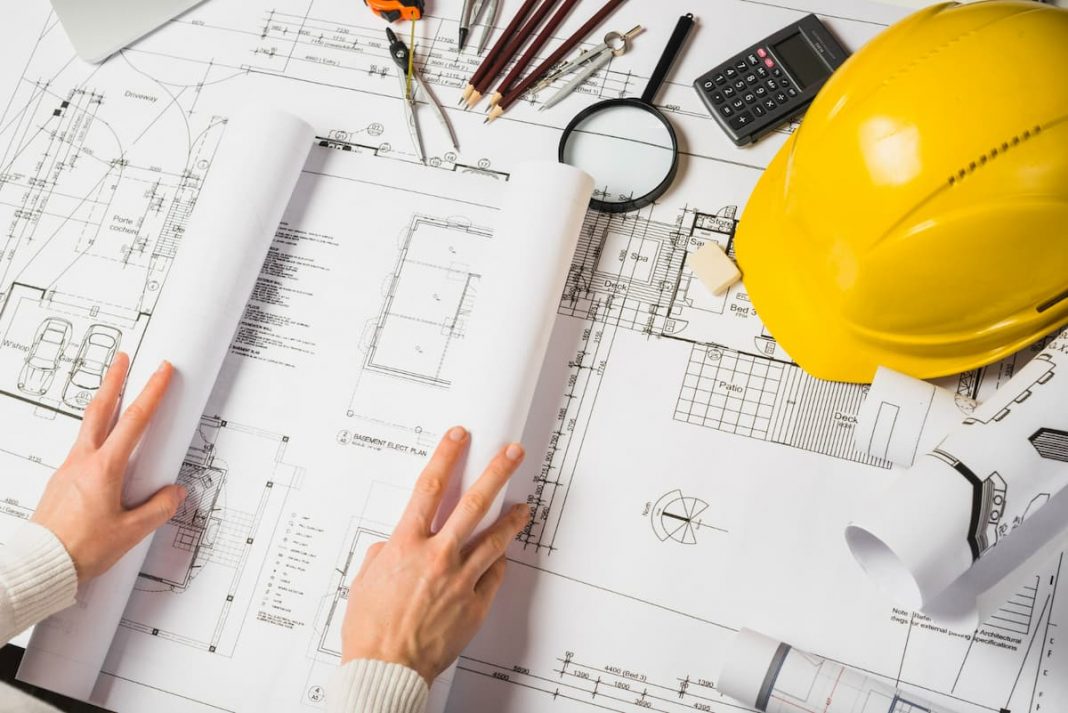 In today’s construction news, we will look into the AI-powered pre-construction technology that is said to solve actual problems. Honda and LG Energy Solutions are planning to build a $3.5 billion battery factory in rural southern Ohio. The Logan City Fire Station is set to break ground Tuesday at 10 a.m. Center Volunteers in Medicine will get another large donation to help it build its new facility.

James Barrett, who is in charge of innovation at Turner Construction, is hopeful that AI will be able to make pre-construction tools better.

ALICE Technologies is a construction simulation tool that uses artificial intelligence to let contractors “build” projects online before they start building for real.

“We’re talking to them a lot because it can also be used during production,” Barrett added. “By incorporating it into preconstruction, we can solve problems before construction begins.”

During the preconstruction phase of a project, contractors make plans and schedules for the whole job, estimate costs, and look at what needs to be done. Only recently have IT developers focused on how it can streamline a project.

Using the back office

Many contractors have pre-construction technology gaps.

Michael Boren, CTO of Beck Technology, a preconstruction data lifecycle firm that worked with Togal, said many still use Excel and homegrown platforms for preconstruction.

The machine-learning takeoff software is powered by AI and makes 2D takeoffs and construction estimates faster and better.

“All it takes is for one estimator to unintentionally erase a cell in a spreadsheet, and everything stops calculating correctly,” said Boren. Our technologies maintain data integrity on the jobsite.

Sundt Construction, based in Tempe, Arizona, worked with Beck to make DESTINI Estimator, an all-in-one estimating platform that lets contractors access data, do takeoffs, and look at pricing histories.

“Now more than ever, we’re pursuing more work with the same number of people,” said Sundt’s project controls manager, Melissa Love. So, I try to make every estimate as efficient as possible.

Faro Technologies lets contractors in the preconstruction phase bring the real-world environment into the office so that more eyes can help without going to the jobsite. The company is based in Lake May, Florida. It has the technology and software to capture, measure, and analyze projects and sites in 3D.

“The crews on large construction projects are getting bigger, so being able to convey the real-world project digitally to everyone is a huge collaboration benefit for the contractor,” he said.

Barrett stated that preconstruction at Turner is becoming more granular. “We’ll plan everything down to the nuts and bolts someday”

“It’s easy to fall into software hype,” he remarked. But I think in five years we’ll see dramatic change in the sector because these new solutions solve real challenges.

Honda and LG plan $3.5B battery facility in Ohio

Honda will build a $3.5 billion battery factory in rural southern Ohio and hire 2,200 people to staff it as it makes the area its North American electric vehicle center.

Honda plans to invest $700 million and add 300 jobs at three of its Ohio factories to prepare them to make EVs and components.

A battery plant to be built by LG Energy Solution in South Korea could cost $4.4 billion. The facility is off I-71 in Fayette County, 40 miles southwest of Columbus.

Honda’s assembly plants in Marysville and East Liberty, both northeast of Columbus, and its engine plant in Anna, north of Dayton, will also benefit from the $700 million investment. The Anna plant will create battery cases, while the other two will build electric cars.

The battery plant will begin construction early next year, with mass production beginning in 2025. The plant will make batteries for Honda and Acura vehicles assembled in North America.

Honda’s executive vice president, Bob Nelson, said his firm has found a good partner in Ohio, where five of its 12 U.S. facilities are situated.

We value our relationship with Honda. It’s a terrific day for Ohio. ” Mr. DeWine stated.

The company is currently negotiating an incentive package with the state for the battery factory, which will be run by a joint venture this year, Nelson added.

“We feel the resources will be good to run the facility,” he said. “We’ll get a chance to impact the community with this.”

Honda unveiled the Prologue electric SUV this week. It will be built on GM’s Ultium platform and go on sale in 2024. The Prologue will be larger than the present CR-V. Nelson won’t specify where the prologue will go.

Honda plans to start selling EVs with its own chassis in 2026, but it will keep working with GM to make cheap EVs. Japanese companies want to sell 100% zero-emission cars by 2040, including 30 new electric vehicles by 2030.

Workers in Ohio have built gas-electric hybrids for years, and that experience will help in the changeover to EVs, Nelson said. East Liberty has 2,500 workers, while Marysville has 3,500. About 2,300 people work at Anna.

Honda’s announcement follows other battery and electric car assembly facility announcements in the U.S. and North America, where automakers are building a local supply chain for the next generation of vehicle propulsion. Ford, GM, Toyota, Hyundai-Kia, Stellantis, and Vietnam’s VinFast plan 10 U.S. battery plants, many with joint ventures.

Ford, GM, Hyundai-Kia, and VinFast all want to build or retool factories in the U.S. to put together electric vehicles (EVs).

The Inflation Reduction Act gives them another reason to work on battery development in North America. It includes a $7,500 tax credit for buying an electric car. For the full credit, the electric vehicle’s battery must be made in North America with 40% of the metals produced or recovered there.

Nelson said the business planned battery and facility investments years before the law’s enactment this year.

Electric vehicle sales are predicted to climb rapidly between now and 2030 in the U.S. and internationally, but they will still constitute just over one-third of U.S. new vehicle sales at the start of the next decade. The LMC Automotive consulting organization estimates EV sales to be 5.6% this year, 13.5% by 2025, and 36.4% in 2030.

The Logan City Fire Station will break ground on Tuesday at 10 a.m. Station 70 will be erected across the street from its current location.

At the ceremony where the ground is broken, Logan City Fire Chief Brad Hannig will talk about the new station.

The new structure will have more space, so we can shelter more firefighters, said Hannig. This setup is cramped. A contemporary seismic building will also increase firefighter safety.

The 1974-built station is the department’s headquarters. In addition to greater residential space, the new facility will have more office space and larger training rooms for public events like COVID immunization clinics.

Since he became CEO, Hannig has been working with city officials to plan a new station with better earthquake safety. After the 2020 earthquake disabled two Magna City fire stations, planning moved swiftly.

We want to be safe during and after an earthquake. This was a big problem when developing the station.

The new building is right next to 200 North and 100 East, which speeds up response times.

Hannig said the new station should be finished by Aug. 31, 2023. Construction supply issues could slow production.

City officials first contemplated building the new station south of the old one. Neighboring businesses opposed the project, so the new site was approved.

Another significant boost for Centre Volunteers in Medicine’s new facility. When?

Original Source: Centre Volunteers in Medicine gets another big boost for its new building. What’s next?

The Center Volunteers in Medicine will get another state grant for building repairs. At Tuesday’s Centre County board meeting, they approved CVIM’s $3 million Redevelopment Assistance Capital Project. CVIM’s match is $3.14 million, for a total project cost of $6 million. The money comes from the state, but a cooperation agreement between CVIM and Centre County permits the county to pass it on to CVIM. The county will help manage.

CVIM exec Cheryl White updated the board on the nonprofit’s future home. 2026 Sandy Drive in State College has been bought and is being built, she said. “It will allow us to practically double our 6,700 square foot facility,” White said. Thanks to the state and county for helping us get this money.

White hopes to finish by late spring 2023. The clinic’s website says that the old space “made it hard for CVIM to improve patient care, expand education and wellness programs, start new projects, and recruit more volunteers.” I don’t think there will ever be a moment, at least in our lifetime, when the working poor without insurance don’t require free treatment.

White said CVIM’s 400-person dental waitlist is “being chipped at” by a new full-time dentist supported by the state Department of Health. The new structure will allow dental programs to develop from 4 to 6 stations. CVIM integrates mental health into primary care but has no separate location. It’ll have its own office and a group counseling room in the new building, she said. CVIM is the only free clinic in Center County. It helps low-income and uninsured people with medical, dental, mental health, case management, and drug services. We have no income as a true free clinic. We offer free services. White said that CVIM’s ongoing fundraising and its capital campaign for the building are two different things. Annually, 200 volunteers work at the clinic. White added that they see patients and take out the recycling. “The beauty of the volunteer clinic is that we can take the money people provide and increase it by three in terms of health treatment,” she said.

Overall, we discussed Alice Technology, an AI-powered technology that is said to solve problems. ALICE Technologies is a construction AI tool that lets contractors “create” virtual prototypes of their projects before they start building them for real. As part of its plan to establish a North American electric car center in rural southern Ohio, Honda has partnered with LG Energy Solutions to construct a $3.5 billion battery facility and hire 2,200 people to work there. At 10 a.m. on Tuesday, the Logan City Fire Station will break ground, and the new structure will have more space to shelter more firefighters. The CVIM’s $3 million Redevelopment Assistance Capital Project was approved at a Centre County board meeting. This means that the Center for Volunteers in Medicine will get the state money it needs to fix up their building.