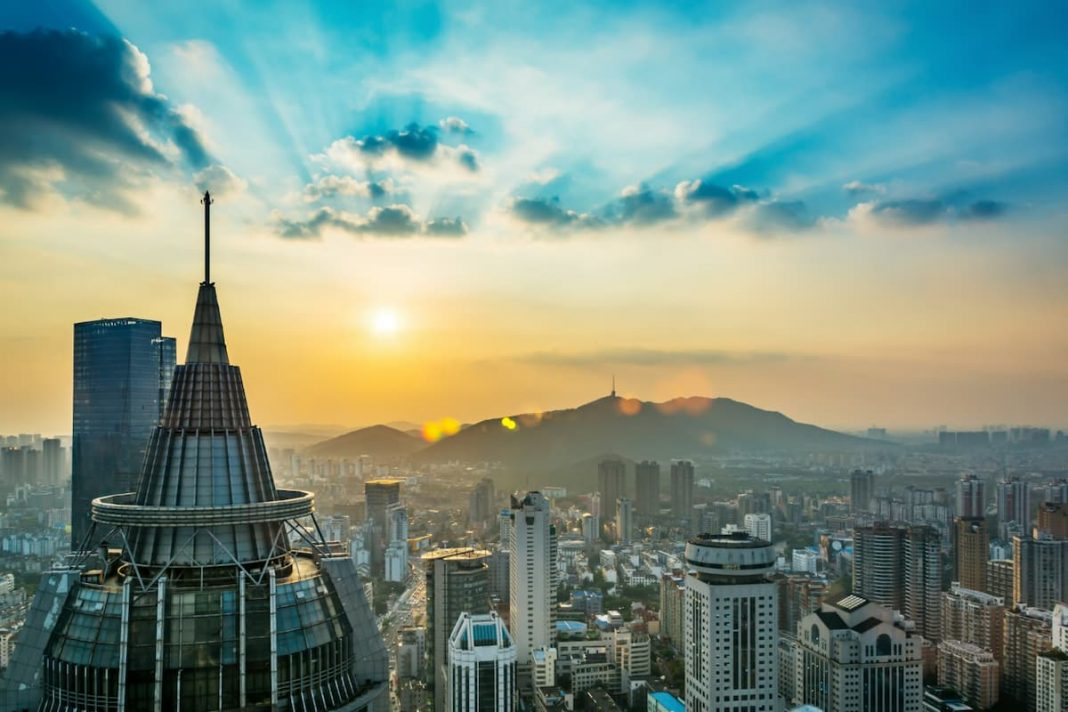 You will learn more about Antonio Villaraigosa, the former mayor of Los Angeles, in the following section of this article. Governor Gavin Newsom made the announcement today that he has appointed Antonio Villaraigosa to the position of Infrastructure Advisor for the State of California. On top of that, because of its architectural feats, Detroit is regaining its prominence in the world. In addition, it was announced on Wednesday by Vermont’s congressional delegation that the state will be receiving a combined total of $34 million in federal funds from the Department of Transportation for the construction of three different infrastructure projects in Vermont. On the other hand, on Thursday, three different mayors of Phoenix, both current and former, got together to talk about how important it is to build bridges.

The U.S. The Department of Transportation announced today that California will receive $120 million for eight projects through the IIJA Rebuilding America’s Infrastructure with Sustainability and Equity (RAISE) grant program.

With federal funding, we can rebuild California while creating quality jobs, updating infrastructure, and accelerating clean transportation development, said Governor Newsom. Antonio has the skills and connections to deliver on this promise and bring together crucial partners. I look forward to his partnership with the administration as we create California neighborhoods.

Villaraigosa will be the principal state contact for local elected officials on infrastructure requirements, engaging with regional and federal leaders in Washington, D.C., in collaboration with the Governor’s Office. Villaraigosa isn’t a state employee. This post is supported by California Forward, which will work with him and the administration on local participation.

Villaraigosa concluded his two terms as Los Angeles mayor in 2013 after making tremendous strides in transportation, crime reduction, infrastructure, energy and resource sustainability, right-sizing government, economic growth, and education reform. Villaraigosa was a Los Angeles City Council member from 2003 until 2005. Villaraigosa was the Democratic Whip, Majority Leader, and Assembly Speaker from 1994 to 2000. He served on President Obama’s Transition Economic Advisory Board, as 2012 DNC Chairman, and as USCM President. Villaraigosa was a Harvard Fellow and USC professor. He was a Senior Fellow in Washington, D.C. He’s also on the McGraw Hill Global Education Board of Directors and the Change Company’s Board Chair. UC Merced, AltaMed, and Peace Over Violence are on his boards. Villaraigosa is a Partner and Co-Chair at Actum, where he consults senior executives in public and private enterprises on strategic and crisis communication.

The $120 million in RAISE awards for California local governments, transit agencies, and others is broken out below.

Original Source: Built from the top down?! This new Detroit tower is making history in North America

Last month, part of I-94 in Detroit was shut down for bridge installation. The 1,100-ton bridge was erected in the Wayne State University Palmer parking lot and transferred using rolling platforms.

On the border of Greektown and the CBD lies a new Detroit landmark.

“I tell everyone about this project,” stated Mcbride.

First in North America, the 207-foot Exchange skyscraper is being built from the top down. It’s a prototype for LIFTbuild. It turns a building site into a factory.

“We’re not tying off individuals 100 feet in the air. We are eliminating fall hazards. “We want to eliminate dangers and inefficiencies on the site,” said Joe Benvenuto of LIFTbuild.

They house elevators and staircases and hoist million-pound floors as a pulley.

“It’s a totally cantilever design, and there are no columns in the way of the exterior windows, so the floors are wide open, which is excellent for the inhabitants and efficient for the workers,” he said.

Every floor is erected on the ground using 150,000 pounds of steel and 110 cubic yards of concrete. Once built, it rises 25 feet every hour.

Benvenuto remarked, “If you look up, you can see all the duct work, plumbing, fire protection, and fireproofing.”

By 11 a.m., the team was ready to begin the 4-hour locking process on the floor above. Once done, a good work environment is created.

Benvenuto: “We can immediately regulate the room so our workers are cool in the summer and warm in the winter.”

After four years of research and development and 14 U.S. patents, Benvenuto thinks the system is a success and will pave the way for future building projects.

“Land is at a premium and the city needs to be developed in a tighter setting,” he added. “This technology helps us accomplish that, as well as lower labor demands, speed up schedules, and save money.”

Once completed, Exchange will be a residential tower with a few commercial areas. By late spring 2023, it will put Detroit back on the map for innovative construction technology.

The money comes from three RAISE grants in the federal budget.

Three grants will be used to replace the Winooski River Bridge between Winooski and Burlington; build the Federal Street multi-modal connector in St. Albans; and improve public transit in five Vermont counties.

With federal funds, these initiatives can begin sooner than projected, said Vermont Sen. Patrick Leahy. Without such money, “it would take years, if not decades,” Leahy added, to fund these initiatives.

The bulk of the money, $24.8 million, will go toward creating the Winooski River Bridge, which will replace the present Main Street Bridge, which has “inadequate walkways and no cycling facilities,” according to a news release. The new bridge will have barrier-separated walking and biking lanes.

Winooski is excited to improve the safety of this essential structure, stated City Manager Elaine Wang in a press statement.

The city of St. Albans will receive $7.7 million to build the Federal Street multi-modal connector to improve I-89 access. According to the statement, this project has been planned for decades.

U.S. Rep. Peter Welch, D-Vt., said the projects will make Vermont more egalitarian and the awards will benefit the environment, health, and communities.

The Biden administration will spend $25 million on a pedestrian and bike bridge in Phoenix. The Third Street Bicycle and Pedestrian Project will connect south Phoenix to downtown.

Local and federal officials anticipate the initiative would increase connectivity and inclusion between underserved neighborhoods in south Phoenix and the city’s economic hub.

Buttigieg told The Arizona Republic that it achieves multiple goals. Safety, sustainability, fairness, and economics. It’s vital for south Phoenix, since many areas are blocked off by the river and the railroad. Many residents don’t have cars.

South Phoenix has a 20% carless population. This new pedestrian bridge and the South Central light rail extension will transform the commute and connect their area to downtown.

The Federal RAISE Program gave $2.2 billion to 166 local projects this year, including bridge building in Phoenix and Tucson and a battery-powered ferry in Washington state.

Local groups sought funding. If all 900 applications were approved, the government would have spent $13 billion.

Buttigieg and his colleagues at the U.S. DOT choose which applications to sponsor.

“We could only fund a minority of requests.” Buttigieg said employees examined over 100 applications in great detail.

As the program’s name suggests, many successful projects promoted safety, economic growth, sustainability, and equity. There’s no magic formula, though.

Stanton made Rio Salado development a priority as Phoenix mayor and recalled meetings with the late John McCain. He connected the new bridge to President Joe Biden’s 2013 Bipartisan Infrastructure Act.

He argued the development wouldn’t exist without federal backing.

Mayor Kate Gallego, who was good friends with Buttigieg at Harvard, made the bridge her top infrastructure priority. She built and defended a proposal with support from Arizona’s Democrats in Congress and other federal authorities.

Gallego met twice with DOT officials, and in the second round, they asked extensive questions about the program and who it would serve.

“They were intrigued by our commitment to ensure local infrastructure benefits.” They pushed us to help as many as possible.

According to a recent update, the IIJA Rebuilding America’s Infrastructure with Sustainability and Equity (RAISE) grant program will award a total of $120 million to the state of California for the purpose of funding eight different projects, according to an announcement made today by the Department of Transportation.

Meanwhile, Benvenuto believes that the method, which took four years to create and for which he was granted 14 patents in the United States, is a success and will pave the way for future construction endeavors. When construction is finished, the Exchange will be mostly a residential skyscraper with some retail space included. It is expected to put Detroit back on the map as a leader in innovative construction technologies by the late spring of 2023.

Also, the money for the Three Vermont Infrastructure Project comes from the federal government in the form of three separate RAISE grants. Three funds will be used to repair the Winooski River Bridge between Winooski and Burlington; develop the Federal Street multi-modal link in St. Albans; and improve public transit in five Vermont counties. All of these projects will be funded by the Vermont Department of Transportation.

In addition to that, because Buttigieg and Mayor Kate Gallego were close during their time at Harvard, she designated the construction of the bridge as her top infrastructure priority. She developed a solution with the assistance of Arizona’s Democrats in Congress as well as other federal authorities, and she defended it.