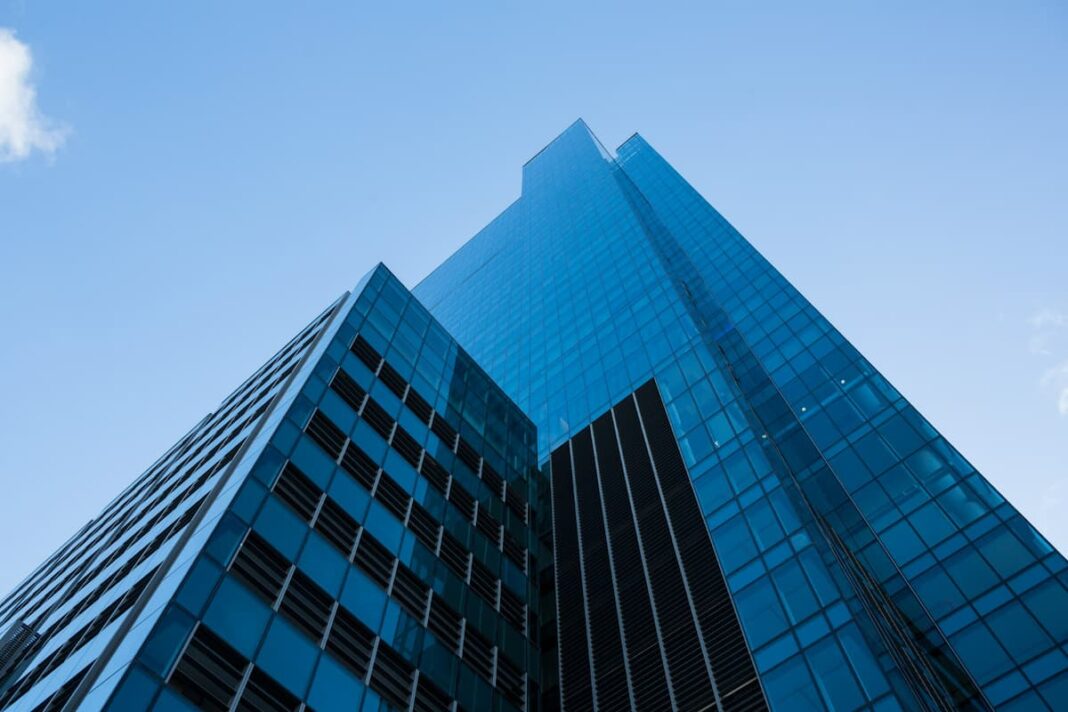 In today’s news, we will look into the almost 8,000 buildings in Los Angeles that were found to be vulnerable to earthquakes and have been restored at a total cost of $1.3 billion, according to a latest survey. The first property in the United States to be designed by MVRDV makes a splash in Washington Heights, but should this be viewed as a positive development? The introduction of a skyscraper into Washington Heights, where the majority of pre-war brick structures only had six floors, proved challenging. McKinsey predicts that a shortage of workers threatens “robbing the US” of crucial infrastructure.

Over 8,000 seismically susceptible buildings have been repaired in Los Angeles at a cost of $1.3 billion, a new survey indicates.

The modifications are the biggest in decades, but thousands of buildings are still at risk in a major earthquake.

Nearly 14,000 structures must be retrofitted under the standards, a legacy of Mayor Eric Garcetti’s drive for broad earthquake safety laws. Years of failed efforts to improve building resilience despite earthquake hazards led to the guidelines.

The guidelines target flats with soft, weak first floors and larger concrete-frame buildings damaged in the 1971 Sylmar and 1994 Northridge quakes.

Wood-frame, soft-story apartment buildings are cheaper to remodel than fragile concrete-frame buildings. Property owners pay for structural renovations, but landlords can pass on a part to tenants.

Experts have urged California municipalities to improve utilities, water systems, and structures to survive major quakes. L.A. has targeted thousands of structures, but not steel-frame buildings, 25 of which were destroyed in the Northridge earthquake. Santa Clarita’s Automobile Club of Southern California nearly collapsed.

Ryan Kersting, chair of the Structural Engineers Assn. of California’s policy committee, said steel-frame buildings can fracture. “And once you start to have that fracture, you are worried about the instability and possible collapse of those buildings.”

Kersting said a case-by-case examination is needed to determine which buildings are at risk of collapse even at lower shaking intensities. A U.S. Geological Survey simulation released in 2008 of a magnitude 7.8 earthquake in Southern California suggested it’s feasible that five high-rise steel structures containing 5,000 people may collapse.

Kersting: “We need to know more about building concerns.”

Seismologist Lucy Jones called it “massive” and “hugely beneficial.” “The most pleasing thing has been the shift toward softer-story buildings and all that’s been done.”

The analysis highlights the benefits of L.A.’s soft-story building conversion ordinance. Housing units over carports supported by frail poles are a telltale sign of these constructions.

The findings come 14 years after the inaugural ShakeOut, a huge earthquake practice where residents model what they would do.

L.A. property owners have spent $1.3 billion on retrofits, according to Porter.

Benefits are huge. Porter estimates the retrofits will save $41 billion and prevent 1,500 deaths, 27,000 nonfatal injuries, and PTSD episodes. The retrofits should avoid 5,000 homes from collapsing and 60,000 from being damaged.

These figures overlook benefits like conserving memories, pets, peace of mind, community, and culture, Porter stated. They neglect debris disposal, the energy used to repair or replace buildings, and rising housing costs due to a shrinking housing supply.

“This research is silent on the possibility of displaced residents becoming homeless, with attendant mental and physical health impacts, public service demands, and other harms,” he noted.

“Today’s retrofits will keep many renters in their homes,” added Porter. “The retrofits would save thousands of injuries that would require emergency care, freeing up medical resources in times of high demand. Everyone benefits from avoided losses.

More than 1,000 ancient concrete buildings may collapse in a large earthquake, according to a 2013 Times research. After the 1994 Northridge earthquake, the city knew about the risk but did little.

In January 2014, Garcetti partnered with Jones to mitigate seismic vulnerability. Jones, a former USGS scientist, was a significant figure in ShakeOut, the huge earthquake drill and 2008 report on the southern San Andreas fault. Scientists calculated a quake may inflict 1,800 deaths, 50,000 injuries, and $200 billion in damages.

Not yet. Jones is concerned about the reliability of Southern California’s water supply and the electrical system and gasoline pipelines.

Concrete building owners had 25 years to adapt versus 7 for soft-story buildings.

Some soft-story building owners received conversion orders in 2016, so they have time before the seven-year deadline. 2017 brought orders to other owners.

Old brick buildings worry Jones. A 2018 Times research discovered 640 unreinforced masonry buildings in more than a dozen Inland Empire cities, including Riverside, Pomona, and San Bernardino, that have been marked as unsafe yet remain un-retrofitted.

Despite the San Andreas fault, few buildings have been modified. L.A. ordered retrofitting or demolishing such structures decades ago.

Garcetti suggested L.A. could be a model in a statement.

We’ve positioned the city to continue expanding crucial building regulations and serve as a model for earthquake-ready towns around the world, he said.

Brick and stone structures fell in the 2011 New Zealand earthquake, killing 40 people. Most victims were on the sidewalk or in a car on an adjacent road when falling debris killed them.

“We know those will kill people,” Jones said. “It demands long-term thinking and community investments.”

Jones is particularly concerned about California’s minimal building regulations, which allow new buildings that can be destroyed in a significant earthquake. Quake safety advocates have suggested a new building standard to make structures stronger so they may be repaired and reoccupied rapidly after a major quake.

Jerry Brown vetoed a plan to increase construction standards in 2018. The proposed law would have created a commission to decide if a stricter building standard should be imposed and if it should be mandatory.

Porter projected that increasing California’s building regulations will boost expenses by 1% to 2%.

Think of how many downtown Los Angeles buildings have been built in 15 years. There are several, and if built to the minimum standard, they would be a financial loss, Jones added. “What will happen to SoCal’s economy if we can’t use downtown L.A. buildings?”

Original Source: MVRDV’s first U.S. project makes a splash in Washington Heights, but is that a good thing?

Introducing a tower to Washington Heights, where most pre-war brick structures are six floors, was tough. Installing a tower that respects the area’s heritage and variety of incomes and backgrounds requires sensitivity.

Given MVRDV’s reputation for nonstandard massings and innovative material experimentation, this may come as a surprise. Aside from its multicolored glazed brick front, the Radio Hotel and Tower is unremarkable.

The 22-story, 213,666-square-foot hotel-office complex has been under construction since 2013. The 2420 Amsterdam Avenue tower was built by MVRDV and Youngwoo & Associates on the site of a former gas station in Washington Heights. The new tower overlooks the Washington Bridge, High Bridge, Highbridge Park, the Harlem River, and the Bronx. This flat, arid stretch of Amsterdam Avenue links to east-west interstate lanes.

Since early 2020, I’ve watched the tower build from my Washington Heights condo, but today was my first time inside. I had read concerns on local Facebook groups about the longstanding pool of water at the construction site and seen its windowless rear several times (all of the mechanical systems were relocated to the western side), but rarely approached from the Amsterdam Avenue side.

MVRDV and Youngwoo & Associates hope varied programming would attract residents and tourists. The diverse colors of the facade break up what would otherwise be an unforgiving massing and distinguish each component. The red, teal, and magenta buildings hold hotel rooms and Dominican restaurant Jalao, while the ground-floor gray block comprises shop and office space. A horizontal floor connects the business and hotel parts and leads to terraces with Midtown Manhattan vistas. The tower’s crown, a green cube, will house a restaurant.

The whole impression is disappointing. The glazed brick has a wonderful quality and depth of color up close, but its thinness is obvious next to historic brick.

The whole project is a metaphor. Despite attempts to integrate it with the neighborhood—the color coding is pulled from adjacent signage and ancient brick work, and locally-sourced art decorates the interiors—Radio Hotel and Tower stands out. The surrounding neighborhood will mostly see a windowless monolith, but the tower’s setback hides it from the ground.

The $300 million project may be better suited for Midtown, where it would mix in with similarly styled towers. Its neighbors are mostly brick boxes, however they have consistent street walls and cornices. Radio Hotel and Tower is ungainly, general, and singular.

Building in New York is difficult, and a more original proposal would have been rejected. I don’t think the site is improper because it’s on a main road and didn’t display anything valuable. Radio Hotel and Tower is a compromise between the project’s material demands and MVRDV’s aesthetic sensibilities. Industrial finishes like blue-tinted concrete and patterned terrazzo flooring are excellent additions. The building’s internal courtyard is accessible to the public (but there’s no signage yet), and the views from the upper floors are stunning. In scale, room cost, and audience, it’s apparent who the initiative is for.

Time will tell if the Radio Hotel and Tower will become a neighborhood feature after the offices and second restaurant open, or if it will stand out until the rest of the area catches up.

McKinsey: labor shortage might rob US of key infrastructure

Original Source: Labor crunch could ‘rob the US’ of critical infrastructure: McKinsey

The Infrastructure Investment and Jobs Act is intended to produce hundreds of thousands of new jobs over five years, but workforce shortages in construction and related industries might impede the endeavor, according to McKinsey.

McKinsey estimates the infrastructure act will shorten 160,000 contractors and subcontractors, 145,000 materials workers, and 40,000 engineering and technical-services professionals by 2028.

Not addressing the issue promptly could waste historic infrastructure funds. “Failing to do so may rob the U.S. of tens of thousands of miles of roads, bridges, and water and electricity infrastructure,” the authors said.

The construction industry has a manpower deficit, and the $1.2 trillion IIJA will certainly raise labor demand in the building and allied industries.

Lack of capacity in one area can have cascading and far-reaching effects in others. McKinsey said solutions must be tailored to state, sector, and occupation labor shortages.

Companies may compete for the same workers and commodities due to interrelated supply chains and labor forces.

In states that manufacture and export goods, labor strain will typically be concentrated. In states with limited industrial capability, procuring resources may be riskier, driving up prices.

McKinsey stated we must tackle this long-standing issue.

Assessing the disparity between worker demand and supply and using collaborative, creative techniques could help us seize this generational opportunity.

Overall, we discussed the 8000 buildings in Los Angeles that are seen as vulnerable to earthquakes and are to be retrofitted at a total cost of $1.3 Billion. The Radio Hotel and Tower, the first tower in Washington Heights, is nondescript other than its front façade, which is made of multicolored glazed bricks. A balance between the project’s material requirements and MVRDV’s aesthetic sensibility, Radio Hotel and Tower is a great example of both. According to McKinsey, a shortage of workers might cause the United States to lose vital infrastructure. In addition, McKinsey presented four potential remedies to the construction industry’s manpower shortage.