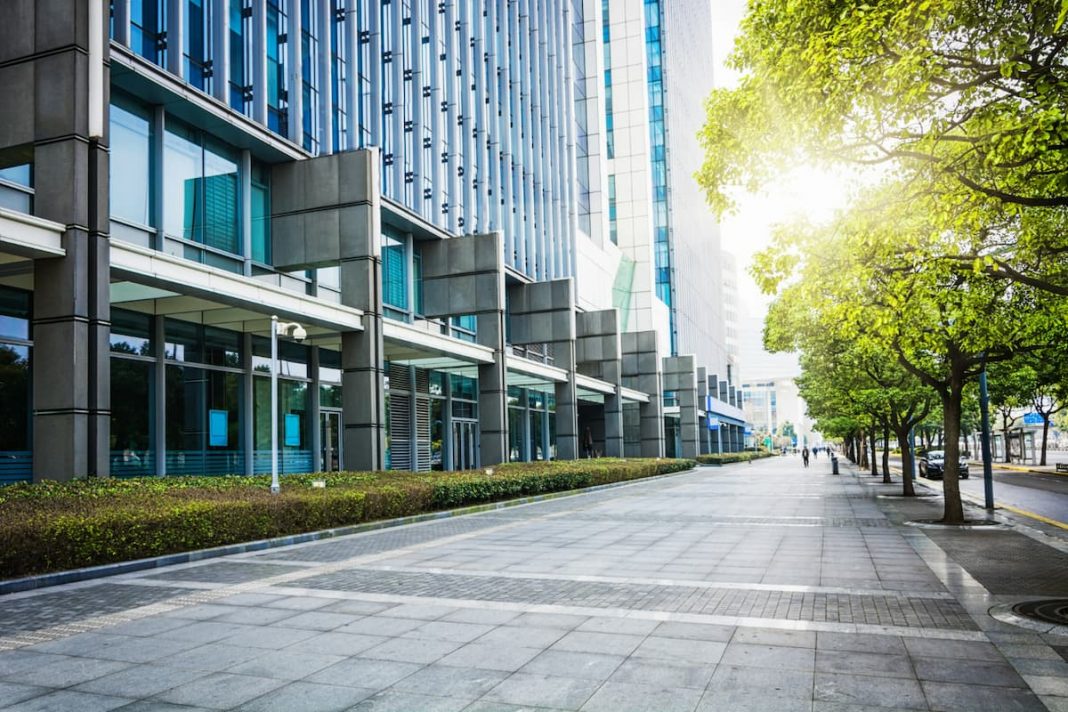 Work on preparing the land for the future location of a YMCA in Jackson is scheduled to start soon. Also, in the College of Architecture, Art and Design at Mississippi State University, seniors are participating in a complete student team project that is helping them mimic professional client projects similar to those they can expect to encounter after graduation in their various areas. In addition, Lone investigates the advantages of taking a comprehensive approach to sustainable design, as well as the means through which we might construct a more environmentally friendly future. On top of that, according to a report that was published by the Association of American Railroads, the potential damage to the economy caused by a statewide train strike might be greater than $2 billion per day.

Unveiling of the New Jackson YMCA design and construction timeline

This work begins a long-awaited process to finish the new facility in downtown Jackson by 2024.

The destruction includes two smaller buildings. Wesley and Mechanic streets and other preliminary work are needed before construction begins in spring 2023, officials say.

“A lot of work has happened behind the scenes this summer, and it’s thrilling to discuss plans for the new Y,” Jackson YMCA CEO Shawna Tello said.

During the summer, Jackson Y volunteers and staff worked with Granger Construction Co., Bergmann and Gro Development on the new YMCA’s schematics and timeline.

In the last two years, the U.S. construction industry has been hit by rising material costs, supply-chain bottlenecks, and a tight labor market, according to Granger senior project manager Jeff Havranek.

YMCA authorities aim to post bidding documents in early 2023 and start building in the spring.

During development, elements of the building will be isolated from YMCA operations to ensure safe access to work areas and preserve a safe environment for continuous usage, officials said. They will strive to limit disruptions to YMCA activities as much as possible.

“The building will be accessible to those with restricted mobility, have open sightlines, and allow us to extend our products to better serve the community,” Tello added.

Students were invited to design a renovation and construction plan for an existing MSU building to house the university’s new MFA in Historic Preservation program. Ten teams presented to Brasfield & Gorrie and MSU faculty.

“These businesses are becoming interconnected, and clients want integrated product delivery.” This is a superior business model for conceptual planning, design, construction, and interior design details like lighting. Design and construction specialists work best from the start, said Bourgeois.

The winning team members include (by hometown):

How can we make future buildings happy and healthy?

Original Source: How can we design happy and healthy buildings fit for future generations?

The U.S. construction industry has a critical role in ensuring global warming does not exceed 1.5 degrees Celsius, as the built environment accounts for 40% of global GHG emissions and residential buildings for 20%. The need to examine the built environment has intensified following the U.S.’s return to the Paris Agreement and the Inflation Reduction Act, which highlighted U.S. energy use and emissions.

The need to balance housing demand and a sustainable environment makes reducing the sector’s emissions difficult. Decarbonizing buildings at all stages of development adds to the challenge. One with embodied, operational, and end-of-life carbon. Any solution must be swiftly scalable and necessitate worldwide supply chain collaboration due to the industry’s global nature.

Decarbonizing buildings shouldn’t be the industry’s main focus. Holistic thinking is needed. One that promotes people-planet symbiosis. Global issues spur dreams of a new standard of architecture that balances people and the planet. VELUX, a global roof window maker, has created an initiative to decarbonize buildings and create a happy, healthy community.

Copenhagen will become the World Capital of Architecture in 2023 when VELUX announces its Living Places project with EFFEKT architects, MOE engineers, and Enemaerke & Petersen constructors. Living Places is a new way of thinking about homes and places, showcasing 1:1 solutions that cut carbon emissions and offer healthier homes and communities. This new way of thinking focuses on using simple construction systems with easy upgrades and repairs to transform the built environment into a responsible and regenerative posture. It balances decarbonizing buildings with a well-designed and adaptable house for the community. Living Places shows we have the technology to construct healthily and sustainably.

Indoor conditions affect health too. Noise, wetness, and lack of heat plague many houses worldwide. Future dwellings must be happy, healthy, and sustainable. Healthy Homes Barometer 2022 data reveals the value of renovation on health, happiness, and environmental impact. By renovating buildings, politicians may invest in citizens’ health and the economy.

Original Source: Deadline to avoid a national rail strike which could cost economy $2 billion a day is near

After the current round of labor discussions between the National Mediation Board, unions, and freight railroads, the Association of American Railroads projected that a nationwide railroad strike might cost more than $2 billion a day.

Five of the 12 unions, representing 21,000 workers, have signed voluntary agreements. The 30-day cooling-off period ends at midnight on September 16. August data shows the U.S. had a little under 115,000 Class I railroad workers.

If a strike occurred, the 140,000-mile network of tracks covering 49 states and 7,000 Class I trains would be idle, crippling trade and commuting.

According to the research, 467,000 long-haul trucks per day are needed to move rail-bound containers.

Alan Baer, CEO of OL-USA, noted that service interruptions doubled the overall impact each day. As with the ports, delays arose swiftly and are taking weeks to resolve. As capacity evaporates, trucking rates will rise. “A nightmare.”

Unions and railroads must reach a compromise.

The National Carriers’ Conference Committee declined to respond to CNBC, citing active discussions. A spokeswoman for the Transportation Trades Department of the AFL-CIO declined to comment, citing current discussions.

Recently, holdout unions have issued forceful declarations. BLET and Smart-TD union leaders said in a Labor Day statement that they were “carved out” from the rest of rail labor because “we were the only unions the carriers demanded work rule adjustments from throughout the PEB hearing.”

“It’s become evident in our post-PEB negotiations with the rail carriers that they’re banking on the Federal Government to come to their help if we can’t reach a tentative agreement,” said BLET President Dennis Pierce and SMART-TD President Jeremy Ferguson. The same rail carriers that complain about government intervention when the FRA proposes a rulemaking on crew size and shudder at the thought of the Surface Transportation Board issuing shipper-friendly regulations now all but hide behind Congress, refusing to negotiate terms our members would accept and ratify.

Each of the remaining unions can still agree to these recommendations, like those that have already tentatively agreed to the PEB pact. If negotiations fail and a work stoppage occurs, Congress must enact PEB recommendations to reward employees and avoid economic loss and uncertainty for rail users.

The Fertilizer Institute and Retail Industry Leaders Association have urged Congress to intervene.

TFI stated that over half of all fertilizer moves by rail year-round in the U.S., so punctuality and reliability are crucial. Without fertilizer, farmers have poorer crop yields, higher food prices, and increased inflation.

Failure to negotiate a reasonable deal might disrupt the rail network, the retail business, and the American consumer, RILA members said.

E-commerce, agricultural, chemical, automotive, construction, and coal rely heavily on rail, according to the AAR.

UPS is reportedly the largest train customer. UPS intermodal containers or trailers can hold 1,800 to 2,000 packages. A 100-container or trailer train could carry 200,000 UPS shipments.

The report noted that delays in raw materials, such as lumber from Canada, would disrupt the U.S. supply chain.

According to the AAR assessment, Amtrak would be greatly harmed because it owns only 3% of its rail system, with the remaining 97% running on freight train tracks. Freight railways provide station upkeep, train dispatching, emergency repairs, and security for Amtrak.

On Thursday and Friday, the National Mediation Board will meet with union and railroad negotiators. The 12 railroad unions and the National Carriers’ Conference Committee have negotiated for years.

In today’s construction news, this work marks the beginning of a long-awaited process that will culminate in the completion of the new facility in downtown Jackson by the year 2024. Two smaller buildings are among those that have been destroyed. Before building can commence in the spring of 2023, the streets of Wesley and Mechanic, in addition to other preparatory work, are required.

In addition, the Brasfield & Gorrie LLC Student Design Competition is held every other year by Michigan State University and is open to students majoring in architecture, building construction science, and interior design. Assignment requirements include “using sustainable, innovative, and LEED construction principles.”

Furthermore, the goal of VELUX’s efforts to influence urban planners is to have them create more environmentally friendly cities, buildings, and locations. This is a change that both aids in decarbonization and improves health. Engineers, city planners, and architects can all benefit from Build for Life as they work toward this goal.

Moreover, the study found that 467,000 long-haul trucks are required daily to transport rail-bound containers. CEOs in the logistics industry have stated that a nationwide rail strike would be more damaging to the economy than a strike at West Coast ports.

It is all in regards to the cash: key modifications to the development retentions...