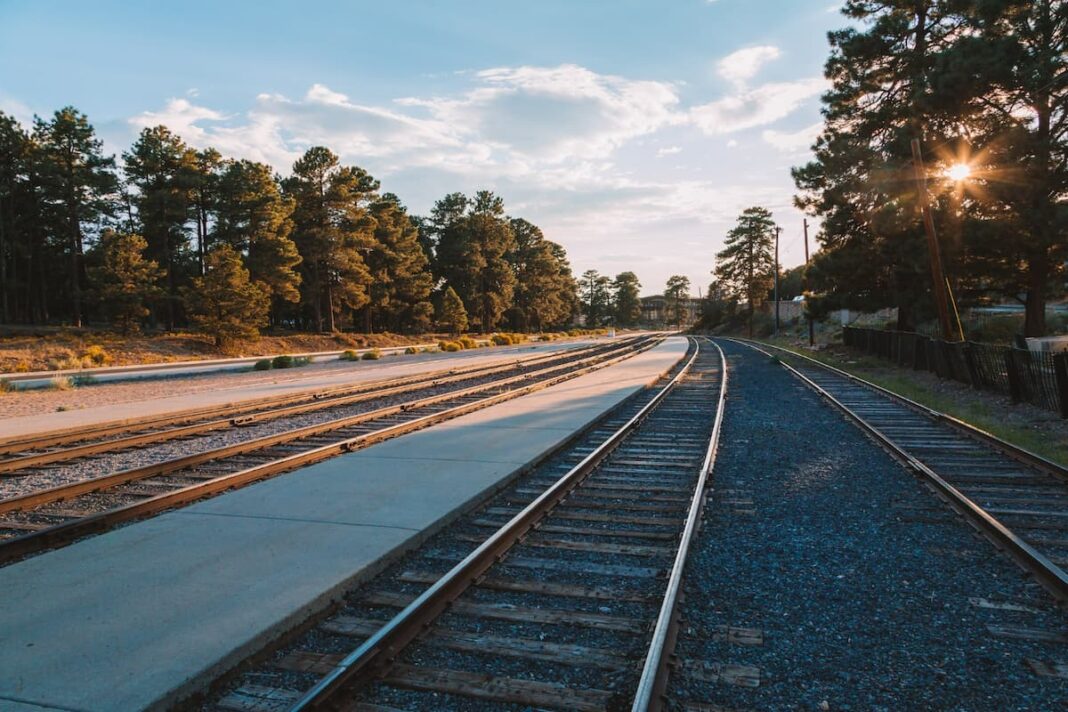 In today’s news, we will look at the construction of a railway to Bulgaria, which has been in the works for decades, is currently underway in North Macedonia. According to David Majekodunmi, chairman of the Lagos State chapter of the Nigerian Institute of Architects (NIA), implementing the National Building Code will improve gas use in construction. The new primary school in North Polk finally opened its doors after experiencing a number of setbacks due to construction and problems with the supply chain. To lessen its reliance on coal and boost its energy autonomy, Poland has picked the U.S. government and Westinghouse to construct its first nuclear power plant. Hot dog on a stick in Santa Monica has finally reopened after being closed for several months due to construction.

North Macedonia is building a railway to Bulgaria, a decades-old project.

The project is part of Pan-European Corridor VIII, which runs from the Albanian port of Durres to Bulgaria’s Varna and Burgas. Durres has sea links to Bari.

The prime ministers of North Macedonia and Bulgaria, Dimitar Kovacevski and Galab Donev, attended the groundbreaking ceremony Saturday near Kumanovo. They pledged to finish the rail link by 2030.

In Albania and North Macedonia, only single-track lines exist. Missing connections are at the western and eastern ends of the North Macedonia corridor. The Bulgarian part is done.

The “Eastern End” line involves 89 kilometers (55 miles) of North Macedonian tracks. By 2025, 5.5 kilometers (3.4 miles) of tunnels, railway bridges, over- and underpasses, and railway stations will be finished, along with a new signaling and telecommunications system.

The “Western End” to Albania will also be built.

Once completed, the railway is expected to increase annual freight volume by 20% by 2030 and give more than 350,000 people modern transportation. Reduce travel time, air, and noise pollution.

The project has been stalled for 30 years. Kovacevski, North Macedonia’s prime minister, said there was “skepticism and disbelief” that the joint project with Bulgaria would happen.

AP copyleft 2022. No infringement. You may not publish, broadcast, rewrite, or redistribute this content.

Building code will boost gas use in construction

Original Source: Building Code Will Advance Use Of Gas In Construction Industry

Majekodunmi stated the constructed environment is ready to take advantage of LNG’s efficiency from the building’s conception.

Majekodunmi said gas penetration in Nigerian households is currently low, but with more engagement with built environment stakeholders, gas may be included into building designs, especially in the kitchen.

He said, “The construction sector is well aware of the efficiency that LNG offers and is for us to collaborate since in most cases you see them talking about it after the design and everything is done, the construction is ongoing or completed. But we must start early.

“Nigeria’s built environment advocates for the National Building Code,” he remarked. What does NBC say? It sets basic requirements for interiors, labor, and craftsmanship.”

Big Creek Elementary in Polk City, home to 450 third-, fourth-, and fifth-graders, opened Thursday. The new school opened in August, but kids had to wait for full access and lockers.

Principal Amanda Parker noted at the grand opening that she can now identify furnishings and industrial cooking equipment like a tilt skillet.

She’s learnt to be creative, collaborate, and operate as a team. She claimed employees, students, and everyone else engaged have been helpful and positive.

“Our students have risen to the challenge,” added Parker. They’re leaving an extraordinary imprint on Big Creek Elementary.

How much did the delayed new school cost?

“Projects like this aren’t for wimps,” he remarked. “We overcame challenges to provide this building to the neighborhood.”

Poland’s first nuclear reactor is a warning to Russia: We won’t let them weaponize energy

Original Source: Poland building its first nuclear power plant is ‘A clear message to Russia: We will not let them weaponize energy any longer’

Poland has chosen the U.S. government and Westinghouse to build its first nuclear power plant to reduce coal use and increase energy independence.

Poland has intended for decades to develop a nuclear power station to replace its old coal-fired plants. In the 1980s, when Poland was in the East Bloc, a Soviet-style nuclear plant was built.

Protests by locals and environmentalists, the 1986 Chernobyl accident, and funding shortages scrapped the project.

Russia’s invasion of Ukraine and use of energy to push European states have prompted Poland to seek alternate energy supplies.

“This is a HUGE step in building our relationship with Poland,” Granholm stated.

France and South Korea also made proposals. Poland’s State Assets Minister Jacek Sasin said South Korea could still be involved, and more talks are slated for next week in Seoul.

Westinghouse sued to stop a competitor from selling reactors to Poland.

Poland’s most important ally is the US. After Russia’s invasion of Ukraine in February, the U.S. boosted its military presence and used Poland as a gateway for transferring weapons to Ukraine.

Santa Monica’s Hot Dog on a Stick Has Reopened

Original Source: After Months of Construction, Santa Monica’s Hot Dog on a Stick Has Finally Reopened

A spokeswoman believes it was time to update the 1946-founded space. Barham adapted his mother’s cornbread recipe to start selling corn dogs and renamed the stand Hot Dog on a Stick. He sold corn dogs at county fairs with his Lincoln Continental before expanding to California malls. Hot Dog on a Stick has 70 US locations. 1980s vs. 2022 photos:

Redbird chef Neal Fraser and wine director Matthew Fosket host a four-course dinner on November 4. It’s a private chamber with Champagne not available in the U.S. The $290 dinner menu is delicious.

John Cleveland and Martin Draluck host their Black Pot Supper Club on November 7 and 8. Eight dishes with wine pairings, live-fire cooking, and a discussion on African-American cuisine. $250 each. Reserving a Resy seat.

Overall, we discussed today the North Macedonian government which has been working on a railroad to Bulgaria for decades. Connecting the ports of Durres with Varna and Burgas in Bulgaria, this endeavor is a component of Pan-European Corridor VIII. Building on the success of the National Building Code, gas utilization in construction will advance. According to Majekodunmi, the efficiency of LNG can be taken advantage of in the built environment right from the start. There are 450 third, fourth, and fifth graders at Big Creek Elementary, which opened its doors on Thursday in Polk City. However, students didn’t get full access to the building or lockers until September. Poland’s biggest ally is the US. After Russia invaded Ukraine in February, the US strengthened its military presence in Poland and used it to transport weapons to the invading Ukrainian soldiers. Santa Monica’s 76-year-old Hot Dog on Stick relocated into a new, larger structure yesterday. Bright décor, matching staff uniforms, fresh lemonade, and deep-fried goodies remain.

Development Contracts, the Statute of Repose and UTPCPL