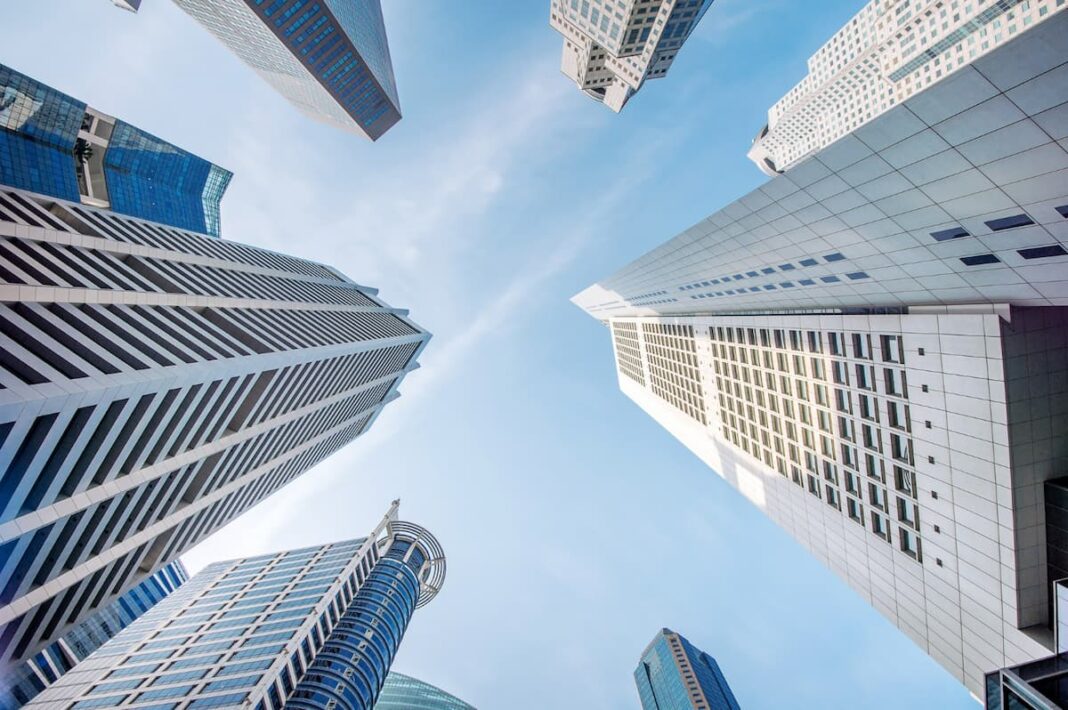 In today’s news, we will look into the Bronco Construction Research Center highlighting the necessity of modernizing outdated building codes. Houston rises in U.S Real Estate rankings as it ranks 14th out of 80 cities in Urban Land Institute and PwC’s top real estate markets list. The final steel beam for the 18-story Portland apartment building has been put, marking a major milestone in the construction of Maine’s tallest tower. On the same boulevard as last year’s condo collapse that killed more than a hundred people, a 14-story oceanfront building in Miami Beach has been evacuated. On Thursday, construction began on a new high school for the Lancaster City Schools, capping off a facilities plan that already includes five elementary schools and two junior highs.

The BCRC, led by Brian Montgomery, studies seismic and wind loading occurrences. This is the force earthquakes and wind apply to structures like roofs.

The BCRC collects data to build a new ASTM load technique based on wind velocity and pressures. This addresses the lack of an ASTM test procedure for commercial dynamic uplift.

“We’ll use that data to design a new ASTM test methodology for the U.S., which will make Western Michigan famous,” Montgomery said.

“It’s like a vacuum chamber, so you go through cycles attempting to push or suck things up and rip them apart,” Montgomery explained. There are a few other units in for-profit testing centers.

The dynamic wind uplift table has been modified to undertake static testing due to construction industry demand. This facilitates hybrid testing.

The virtually exclusive use of static testing in the construction industry and U.S. building codes is an issue, says Montgomery.

Montgomery compared it to inflating and deflating a balloon in a static test vs a dynamic test. This generates exhaustion, which can lead to destruction.

Montgomery said a dynamic test would raise building codes and survivability by a factor of two.

Montgomery suggests using an adhesive along with nails where the roof attaches to the rafters to maximize structure survivability. Because it takes longer to cure, builders are typically in a haste to build buildings quickly.

“It’s your home, and you’ll have peace of mind knowing you can withstand 30 to 60 mph winds,” Montgomery said.

According to a new survey, more real estate professionals are watching Houston.

Houston ranks 14th out of 80 cities on the Urban Land Institute and PwC’s top real estate markets list. The list is part of the yearly Emerging Trends in Real Estate in 2023 study.

The bipartisan infrastructure package and the Inflation Reduction Act would certainly drive building of large-scale transportation projects in Houston, according to the analysis. Houston is one of several places where “science and technology are converging” and the “long-term view on the life sciences sector is extremely good,” according to the research.

Non-residential construction activity is up 34% in the last three months and 43% year-to-date. Warehouse, hospital, manufacturing, public sector, retail, road, and religious building construction are up.

Houston ranked eighth on a ranking of prominent homebuilding markets. Houston and other Sun Belt cities’ affordable housing contributed to their rankings. Metro Houston will add 550,000 residents in the next five years, a 1.4% growth.

This year’s ULI/PwC top 20 markets are:

Maine’s tallest structure is getting shape

The last steel beam for the 18-story Portland apartment complex was installed Thursday.

Catherine Culley of Redfern Properties called it “wonderful” and “emotional.”

Redfern Properties and Landry French Construction have been developing an 18-story residential building for about a year.

The 190-foot building will be the state’s highest.

Being a Maine-based company and erecting Maine’s tallest skyscraper makes this project remarkable, Landry French Construction CEO Kevin French said. We have more work to do, so we’re rolling up our sleeves.

263 apartments, including 27 workforce apartments, will be in the building. Top-floor tenants will have a gym, workplace, and sky lounge.

Since the COVID-19 outbreak began, more people have migrated to Maine and Portland, said Jonathan Culley of Redfern Properties. He noted that people will continue to travel to Maine to escape places of acute climate change.

“In-migration to Maine and Portland in particular will continue, squeezing our housing market,” he said.

Jonathan’s company is bringing 500 homes to the market, including this project.

Dan Brennan, head of MaineHousing, said all construction is “positive” because of the housing crisis.

Brennan: “We have the largest pipeline of multifamily projects ever.” “Thousands of units are planned.”

Portland’s project is private; MaineHousing handles public construction. Brennan said both sides of the sector must work together to support Maine.

Construction challenges will develop no matter how the project is financed. Catherine Culley said getting on the electric grid was a problem for Maine’s tallest structure.

Because the structure is totally electrified, no fossil fuels are used for heating or cooling.

Developers believe the building will open next fall after a year of construction. Construction will employ 250 people.

A 14-story oceanfront building in Miami Beach has been evacuated, on the same avenue where a condo collapse killed over 100 people last year.

An evacuation order prompted inhabitants of a 14-story beachside building on the same avenue where an apartment collapsed last year.

A structural report triggered the evacuation of the 164-unit building, which is being recertified. An engineer found that a main support beam earmarked for repair 10 months ago had shifted and a crack had grown; additional structural supports may need repair as well.

At least one observer says the harm goes beyond one beam.

“There are fractures in the column, cracks in the base, in the garage, in the two storage garages, there are cracks in the beams, everywhere,” said Marsh Markaj, a building resident who works in construction.

In a letter to the city, Inspection Engineers Inc. claimed it’s seeking to get a permit so “extensive shoring” may be constructed in 10 days. A second inspection of the 1971 building will follow.

10 months ago, engineers detected “areas of concern” that needed to be addressed, Arshad Vioar wrote to the Miami Beach Building Department.

Four weeks ago, the building’s association hired a contractor and began repairs. The firm that evaluated the structure was asked to supervise the renovation and “noticed that one of the main beams in the garage had sustained a structural deformation of approximately 12 inch,” Vioar wrote in an email.

The Port Royale is 1.3 miles (2 km) south of the Champlain Towers South condo building in Surfside, Florida, where 98 people died in 2021.

Other South Florida buildings have been evacuated after the Surfside disaster.

The Champlain Towers South collapse drew attention to the structural integrity of elderly condo towers in Florida, especially along the coast. The state has since strengthened rules requiring inspections and periodic recertification of buildings.

Miami-Dade County mandated initial recertification after 40 years, and the Surfside building collapsed during the procedure.

New state guidelines approved in May require buildings to be recertified after 30 years, or 25 if within 5 km of the shore, and thereafter every 10 years.

Miami-Dade mandates building owners to pay for up to three months of housing if their facility is dangerous due to irresponsible upkeep.

Hale: “Our Career Technical kids are at Stanberry.” “Everyone under one roof is safer. Newer facilities. Air conditioning, updated amenities, and more space are needed at our current high school and Stanberry.”

Burre backed up Hale’s comments, saying the building’s exterior is OK but the infrastructure is far below the standards they plan to maintain in the new facility.

Burre: “Our building’s outside looks fantastic.” “When you go into the building’s inner workings, it’s not. Pipes, electricity, and other systems are outdated.”

Burre: “When the aesthetics and opportunities are present, you have more pride.” “You have more attention, pride, and intellectual abilities than we did. These chances should motivate students to come to school and work harder.”

The 1963-built high school will be demolished to make place for parking at the new school.

Lancaster City Schools planned to add more kids with this new structure. As their building grows, Hale said they intentionally made room for more students.

Hale: “The new building can accommodate more students.” “We think it can hold 2,000 kids. We can add at least 200 students.”

Hale: “The state’s plan will allow for enrollment increases.”

Multiple sources, including the 2019 bond levy, have funded this facilities proposal.

With this groundbreaking, a construction project that will last until late 2025 has begun. Burre’s message to kids and instructors was simple and to-the-point.