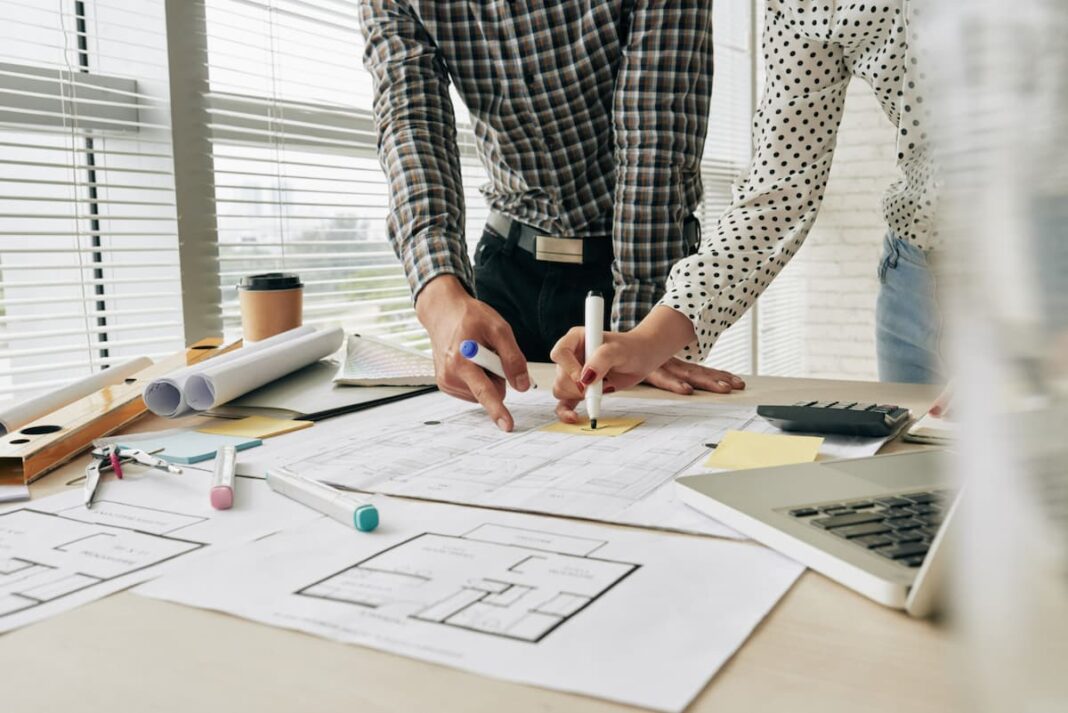 In today’s news, we will look into the U.S. construction pipeline which is expanding gradually. More design-build work is something that the Associate Commissioner of the NYC DDC desires. Rep. Richard Neal of Massachusetts has announced $4 million in federal assistance to assist with the cost of the Greylock Glen project. Project Resolve, the Erie Zoo, and the Millcreek Gateway District all get multi-million dollar grants from the state.

The research says “many” hotel owners could enjoy record income in 2022. Due to the Federal Reserve’s rate rises in 2022, ownership and management groups are reinvesting in their current portfolios, whether upgrading or rebranding, for a greater return on investment. End of Q3, 988 hotels with 99,474 rooms had brand conversions. The restoration pipeline remained strong with 893 hotels and 140,440 rooms, the most since Q3 2018. Renovations and conversions affect 1,881 hotels with 239,914 rooms, up 36% by projects and 50% by rooms year over year.

All U.S. travel segments recovered during the summer. LE anticipates this trend continuing through fall and winter. New project announcements and building starts are rebounding from the COVID pandemic. The new construction pipeline in the U.S. continues to grow, albeit at a slow pace, with early planning projects creating a new peak for this cycle. This peak indicates developers’ optimism about future development circumstances.

Upper-midscale chain size has the most projects in the U.S. building pipeline, with 2,127 hotels and 214,473 rooms. Upper-upscale hotels totaled 1,528 with 202,907 rooms at quarter’s end. The pipeline includes 69 percent upper-midscale and affluent projects.

Alison Landry intends to streamline the city’s procurement process in her new capacity.

Our team is piloting alternatives to the highly restricting and ineffectual lowest bidder method that the city has been compelled to adopt for more than a century. The way the city delivers complex capital projects is inefficient; it takes too long and isn’t how private or state projects are created.

We can only employ design-build for particular projects, but the city and taxpayers would benefit if we could use CM-build, CM-at-risk, and other contracting methods in addition to design-build.

This is a shift from how the city has usually built projects. Design-build administration differs from lowest bidder design-bid-build.

New York City’s market is always volatile, but cost escalation, supply chain, and labor make it much more so. We’re developing technologies to enable our industry partners to do business with the city with less uncertainty.

We have a growing design-build pilot program that comprises seven public building projects, such as Parks Department operations centers, and three infrastructure projects, such as Lexington Avenue safety enhancements.

We expect design-build to save three years at a new Parks operations center. Because our designers and contractors work together, we have fewer disruptions than with design-bid-build.

What should contractors know about city delivery alternatives?

They should know it would be different from their previous city job. Fewer bureaucratic hurdles will make it speedier, more cooperative, and more gratifying.

We want teams to show they are skilled and qualified to conduct design-build work, but direct experience shouldn’t be a limiting factor. We’re also keen to interact with the industry and position our industry partners to own this effort.

Do you think construction’s future lies in design-build?

Alternative delivery systems are the future of city construction, but they’re already here for most. When I talk to folks from other government agencies, they can’t believe we’re limited. Until Albany (New York’s capital) changes, we’ll be limited by outmoded business models.

When the delivery team is integrated, selected based on quality and best value, and completely coordinated at the project’s outset, the city has a great chance of providing high-quality, timely work. We analyze the volume of simultaneous resource-intensive purchases. This affects our employees and the industry.

Progressive design-build and CM-build may help with project restrictions.

What should builders know about the market and what DDC wants from contractors?

Our commitment to Minority and Women-Owned Businesses remains high, and we see value-based contracting as a way to expand MWBE contract awards.

We encourage rising MWBEs not only to account for historic inequities but also to widen the pool of enterprises competing for our contracts.

The latter will pay for all three phases of the Greylock Glen project’s water infrastructure, including a 350,000-gallon water tank and connections to the outdoor center, two campsites, and a lodge. Estimated cost: $4.1 million.

First phase: $9 million outdoor center. Construction began in May and will end in fall 2023.

Adams business Souliere & Zepka Construction is creating the 10,000-square-foot outdoor facility with a cafe, retail space for an outfitter, and an outdoor teaching center. The project borders the 1898-created Mount Greylock State Reservation.

State and federal grants, plus the town’s $1 million, have provided funding.

Neal, D-Springfield, said he understands local challenges from his tenure as mayor of Springfield.

Barrett, D-North Adams, is delighted to have participated. “I burned every bridge to do it.”

Neal and his entourage visited the construction site after his announcement.

The state awarded the money through RACP, overseen by the governor’s budget office. Grants are applied for.

Project Resolve gets $1.5 million. According to RACP, the money will go toward the ninth building of Behrend’s Knowledge Park.

The Center for Manufacturing Competitiveness will have a plastics lab, a metal-casting lab, and free space for local manufacturers. The facility will also have the only heavy haul battery test facility for locomotive, marine, and mining.

Erie Zoo gets $3 million. The money will build a new veterinary center at the Erie Zoo, according to RACP. The center will contain surgical, imaging, and animal treatment facilities. The area will have veterinary offices, drug storage, and limited public observation.

RACP: “Overhead utility service will be undergrounded.” Both sides of the road will get curbs, sidewalks, and ramps. Installing decorative lights. Milling, repaving, and drainage improvements are planned. Stormwater management will be improved.

“Most work will be done in the public right-of-way, with some on private property. All or parts of strategically positioned properties will be acquired for right-of-way expansions and other infrastructure enhancements including stormwater management.

First round of RACP funding for 2022 was announced Wednesday. More state honors are forthcoming.

Davis and council disagree over Resolve

Erie County Council decided this month against using $5 million in RACP money as a local contribution.

The 4-3 rejection was partly due to remaining legal uncertainties, such as whether a proposed capital project was eligible for Rescue Plan funding under U.S. Treasury criteria and whether the money should instead go to COVID-19-affected towns.

He suggested revenue replacement, not ECGRA, should support the Behrend center.

“ARPA funds aren’t intended to be utilized for this – it’s wrong,” he stated on Oct. 4. “Using county money, if available, is fine. This project is a breach of ARPA law.

The Davis administration consulted two county-hired firms for the Rescue Plan: ArentFox Schiff LLP and Witt O’Brien’s. Both enterprises have shown council that their project will benefit COVID-affected industries and are qualified for Rescue Plan financing.

The council’s finance committee will discuss the $5 million move Thursday.

Overall, we discussed today, according to Lodging Econometrics, the construction pipeline in the United States is steadily expanding and currently consists of 5,317 hotels with 629,489 rooms. This is an increase of 10% by projects and 6% by rooms year over year. The city’s new assistant commissioner of alternative delivery, Alison Landry, is keen on changing the way in which design-build projects are approached by private firms. Government funding of the $50 million project was announced by Representative Richard Neal and the Greylock Glen Outdoor Center will get $1,000,000 and the ARA will provide $2,900,000.

Learn About the Latest News on 7,000 Workers to Build Intel Chip Plants in Ohio, the Casper-Natrona County Health Facility, the World’s Largest Commercial...