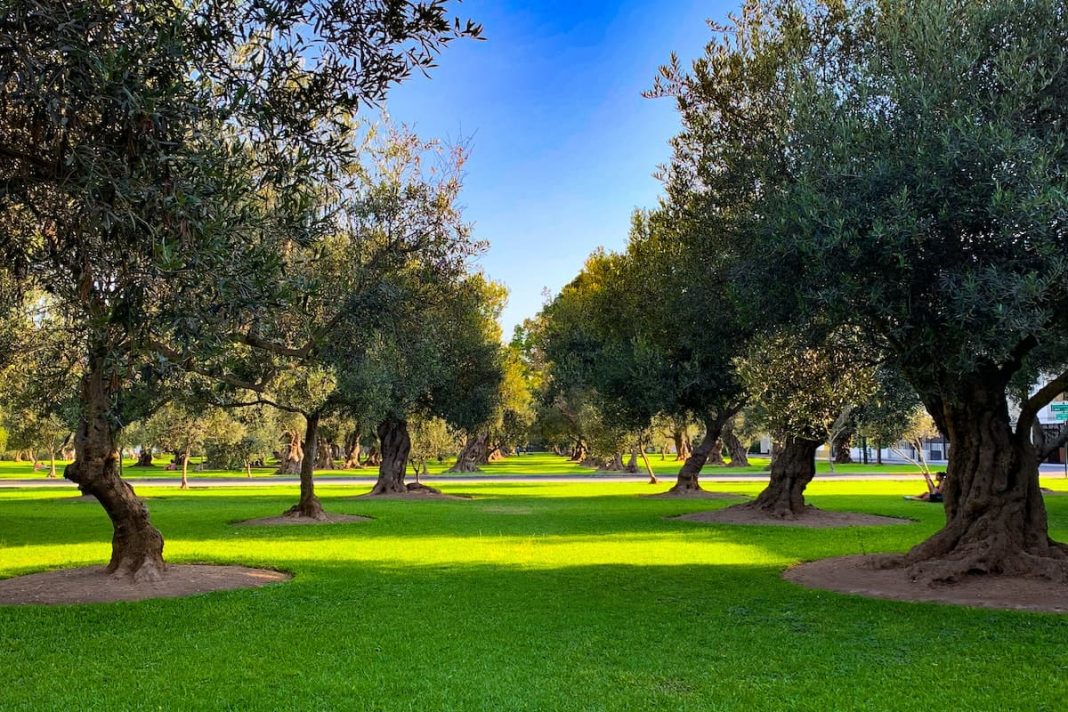 In this article, you will learn that the construction of border barriers measuring 30 feet in height has been put on hold for the time being at Friendship Park by the federal government. All the while, on a petition about the damage that was done to a tree in the Rohini area due to road construction, the Delhi High Court issued a notice to the Public Works Department (PWD) and the Delhi Police. The plea was filed with the court. Furthermore, the 325th Fighter Wing, along with the Air Force Civil Engineer Center, the United States Army Corps of Engineers, and the Air Force Installation and Mission Support Center, are taking all of the necessary steps to ensure that the nearly $5 billion project goes according to plan. This rebuild is the largest in Air Force history, and it is well underway. Moreover, a brand-new high school in St. Johns County is scheduled to begin classes the following Monday. That is a few days after the school year in the county was supposed to officially begin.

Friendship Park proponents are hopeful after the wall halt

Customs and Border Protection is stopping work to discuss a potential plan with the neighborhood.

Advocates say 30-foot border walls will undermine the park’s purpose as a location for separated families to meet.

The Friends of Friendship Park are seeking community support. A stakeholder summit is planned.

They hope it will save the park’s function.

The Delhi High Court on Monday issued a notice to the PWD and Delhi Police on a plea about a tree damaged in Rohini during road construction.

The bench studied the petitioner’s images and saw concrete on a tree’s roots. The court chastised officials for ignoring similar pleas.

The same bench had earlier raised worry over tree removal and vegetation loss in the air-polluted national capital.

Earlier in June, the bench expressed its grief at the damage to the national capital’s green cover during the recent storms and held officials liable for the lack of care that led to the concretization of surrounding trees, which weakened their roots and caused serious damage.

He had also emphasized the trees in another hearing.

“In this capital city with its growing population, cacophony of voices, rampant commercialization of every other street, choking air pollution, and ever-creeping concretization, trees offer hope, sanity, environmental redemption, and even companionship. “The more solitary the tree, the greater its value,” he added.

ROC drills are an important tool in construction projects. ROC practice is designed to assess flaws and strengths before war. It’s employed when actions must be well-orchestrated, as in the Tyndall rebuild.

Judy Biddle, AFCEC Natural Disaster Recovery Division execution branch chief, said the ROC drill helps mitigate risks during the construction process. A concept rehearsal considers six-month building schedules and how they relate to the flying mission and other missions. This shows us how to avoid overlapping.

While the engineers overseeing the restoration are professionals in their professions, outside viewpoints from those directly affected by construction and demolition are vital to ensure the rebuild stays on track and within budget.

1st Lt. Nicholas Cap, AFCEC NDR innovation element chief, remarked, “We know the engineering concerns.” We have stations set up to collect concerns and questions from military and civilian stakeholders so we can get answers quickly and fix issues before they arise during construction.

The operational support side of Tyndall is receiving a $604 million refurbishment to house the F-35A aircraft and airmen when they arrive in September 2023.

Col. Rob Bartlow, chief of AFCEC NDR, said the goal is to reconstruct Tyndall to handle the mission and F-35As. “We’re building the infrastructure needed to support the Air Force and project air power worldwide.” We can leverage new technology to establish a base. “It’s a rare chance.”

Construction of Beachside High School began in 2020 and is underway.

School leadership hoped to begin on the first day of school but decided to delay.

Despite appearances, Bergamasco stated the school is ready.

“Our first orientation is Thursday, and this place will be in tip-top form,” stated Bergamasco.

The school has modern technology, including huge monitors in each classroom.

In addition, the school will open the region’s first logistics and supply chain management academy.

St. Johns County is rising the fastest in Florida.

Bergamasco anticipates the school will soon reach its full capacity of 2,500 students.

“As a staff, if we put kids first and make that our objective, we can overcome any difficulty.” I think if our objective is kids, which it is for everyone here, we can meet any growing challenge, “stated Bergamasco.

Construction will continue during the fall semester, but Bergamasco expects all school buildings and facilities to be open by January.

It is presumed that you are aware of the most recent facts regarding the wall stop in Friendship Park and the advocates who have gathered together since it was revealed. CBP is pausing activities in order to consult with the community about potential courses of action. Friendship Park is looking for support from the community. Stakeholders will meet. They want changes made to the CBP project. They are requesting that CBP open the park on additional weekend days.

In addition to this, during the trial regarding the aforementioned tree damage, Justice Waziri made the following statement: “Trees provide hope, sanity, environmental redemption, and even companionship in this capital city despite its expanding population, cacophony of voices, rampant commercialization of every other street, choking air pollution, and ever-creeping concretization.” “The value of the tree increases in direct proportion to the degree to which it is isolated from other trees.”

In addition, the operational support side of the base is currently receiving a makeover at a cost of 604 million dollars in order to accommodate the F-35A aircraft and pilots when they arrive at Tyndall in September 2023. This is being done in order to make room for them.

Moreover, the year 2020 served as the starting point for the construction of Beachside High School, which is still in progress. The administration of the school had wanted to get started on the first day of classes, but in the end, they decided to postpone getting things going until the next day. According to Greg Bergamasco, the principal of the school, the completion of the main building is very close at hand. Despite appearances to the contrary, Bergamasco has insisted that the school is prepared.