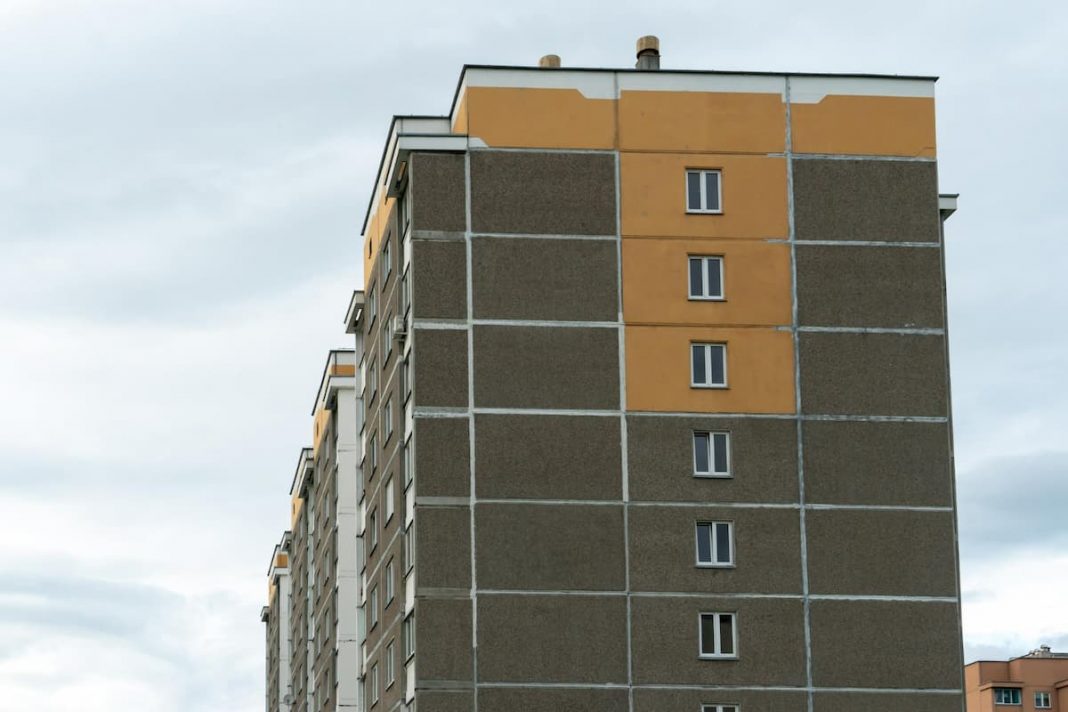 In today’s post, we look into the U.S. house builder sentiment that fell for the ninth straight month in the month of September. The month of August sees a drop in both existing home sales and prices. The Thornton Music students have been struggling and interrupted by the trench construction.

The National Association of Home Builders/Wells Fargo Housing Market index fell to 46 this month. Discounting the drop in spring 2020 when COVID-19 hit, this was the lowest measurement since May 2014. Under 50, more builders regard conditions as unfavorable than good.

The Federal Reserve’s vigorous monetary policy tightening has had a considerable influence on the housing market, but not on the labor market or consumer spending.

On Wednesday, the Fed is projected to boost its policy rate by 75 basis points for the third time since June. Since March, the Fed has raised the rate from near zero to 2.25 to 2.50%.

The mortgage rate has risen. According to Freddie Mac, the 30-year fixed mortgage rate averaged 6.02% last week, up from 5.89% the week before. This is the first time since November 2008 that the rate has been above 6%.

High mortgage rates and property prices are putting a new home purchase out of reach for many people, NAHB Chairman Jerry Konter warned.

In another sign of a worsening market, 24% of builders cut home prices, up from 19% last month.

NAHB observed that disruptions in the supply chain for building materials continued to have a toll, adding that “more than half of the builders in our poll indicated employing incentives to boost sales, including mortgage rate buydowns, free amenities, and price reductions.”

The sales index fell three points to 54. Sales forecasts over the next six months fell one point to 46. The component measuring buyer traffic declined to 31.

The Commerce Department is likely to report Tuesday that housing starts were flat in August as rising rents boosted the development of multifamily apartments, countering the drag from single-family homes.

“Higher rates have weighed on the housing market, and we continue to see negative trends,” says Daniel Silver, an economist at JPMorgan in New York.

The National Association of Realtors: Sales of previously owned homes declined 0.4% in August to 4.80 million units. It’s the slowest rate since May 2020, when the outbreak began.

The sales data represents contracts signed in June and July, when mortgage rates rose and subsequently fell. Mortgage News Daily reports that the average 30-year fixed mortgage rate started June at 5.5% and jumped over 6% by mid-month. It subsequently dipped to the low 5% area at the end of July after hovering around 5.7% for much of July.

Despite rising interest rates, property prices were higher than a year ago. August’s median existing-home price was $389,500, up 7.7% from a year ago. Seasonally, home values drop from July to August, but this year’s drop was larger, suggesting a softening.

Prices generally fall 2% from June to August, but they’ve fallen 6% this year.

Lawrence Yun, chief economist for the Realtors, said increased mortgage rates will reduce his yearly sales forecast. Some markets may be declining.

Tight supply supports prices. At the end of August, 1.28 million properties were for sale, unchanged from a year earlier. With current sales, that’s a 3.2-month supply.

“In July, we saw the first evidence that the housing market’s rejuvenation may influence homeowners’ enthusiasm to sell, and that hesitation continued in August,” said Realtor.com’s chief economist, Danielle Hale.

According to the U.S. Census, single-family home starts increased slightly in August. A decline in mortgage rates may have increased buyer interest. As mortgage rates were predicted to rise, building permits declined, indicating future construction.

A 180-yard hole is being dug to install chilled water pipes on campus, causing disturbance for Thornton School of Music students.

The trench, about the size of two football fields, runs from behind Taper Hall to the United University Church. The excavation will facilitate heating and cooling infrastructure repairs as the church becomes a School of Dramatic Arts.

The semester-long renovation causes interruptions for students, notably at the Thornton School of Music, whose classrooms lie between the two zones.

Duckworth’s dissatisfaction is shared by many Thornton students, who have had to deal with loudness and sudden loss of practice and study space, including a rehearsal tent.

“If I want to practice outside, there’s no place for me to do that,” Duckworth added.

“What makes it a nuisance,” Cidale remarked, “is the building.” So on top of bands and whatnot rehearsing there, it’s continuously noisy.

“The music building had some challenges with us,” said PPC Air Conditioning project manager Joseph Rhodes. “They’re definitely attempting to practice or record, or whatever their jobs are inside. So, PPC was requested to start earlier.”

According to Rhodes, PPC is trying to accommodate students by starting construction at 3 a.m. and concluding at 11:30 p.m. In addition to accommodating students, PPC wants to be sensitive to university space by employing trench plates to cover areas of the trench near the church that impair traffic flow.

Students are unhappy about the rehearsal area being lost to construction and confused about the project’s scope.

“I don’t know what they’re doing, but it doesn’t enable people to go around campus easily,” said Duckworth, who frequents the area. “It’s kind of just been sitting there.”

Unfortunately for students, production is set to continue in the following months. Hunter Gaines, executive director of USC Facilities Planning and Management, said “the renovation, which commenced on July 25, is projected to be finished by December.”

Overall, we have discussed that in the ninth straight month of September, U.S. homebuilder sentiment fell as rising mortgage rates and development costs made new homes less affordable for first-time buyers.

The sales and prices of previously owned houses dropped 0.4%, which totaled 4.80 million units in the month of August.

The music students at Thornton School are unhappy and interrupted in view of the fact that the trench construction is making a nuisance.

Price pressures in busy building trade begin to ramp up