CONSTRUCTION NEWS BLOG
Home News Hear About the Latest News on a $45 Million to Develop Rivian’s... 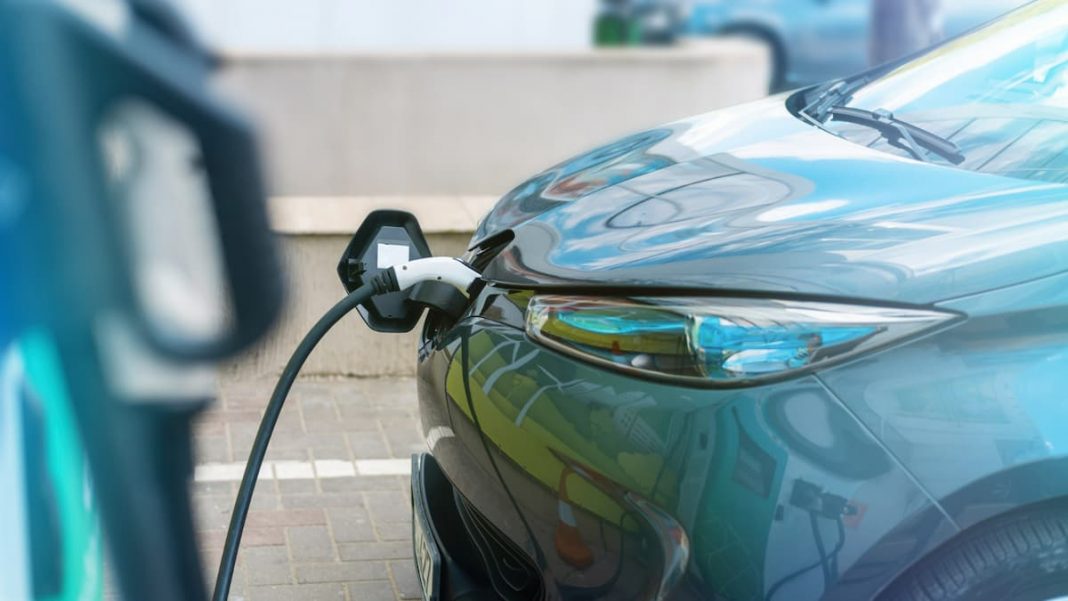 In today’s post, we look into a $45 million design-bid-build project that was awarded to Sterling’s E-Infrastructure Solutions by the Joint Development Authority (JDA) to develop the Rivian Electric Vehicle (EV) plant. The start of construction of the $1.3 million flood resiliency project in the Town of Newfane, Niagara County, has been announced by DEC Commissioner Basil Seggos. In the Shaw area of Washington, District of Columbia, Howard University, in partnership with Lowe’s, is planning a mixed-use building that will be located near the university’s main campus. A natural gas-fired power plant near Lordstown will begin construction in October and will take 39 months to complete, according to a business executive.

The JDA has been essential in fostering top-level development in Georgia, including the Rivian EV Plant. Plateau has done sitework for Takeda (formerly Baxter) and two Meta Data Centers.

This project enhances Rivian’s EV production and Georgia’s commitment to a diverse economy. The project will be completed in July 2023.

Artificial The berm will prevent future flooding. The Climate Week Project is part of a $300 million resiliency and economic development initiative.

DEC Commissioner Basil Seggos announced the start of building at Newfane, Niagara County. The town received roughly $1.3 million from the state’s Resiliency and Economic Development Initiative (REDI) to complete this project, which would stabilize the shoreline and safeguard infrastructure and houses from flooding.

High water levels and wind-driven waves overwhelm Olcott Beach and low-lying infrastructure, businesses, and homes around Lake Ontario. Olcott Beach’s berm hasn’t been strengthened before. In 2019, many properties were destroyed by runoff that couldn’t flow to the lake.

Resiliency measures will be deployed, including building a man-made berm system with a hardened core to support the shoreline and protect nearby homes from wave impact. Native plants planted on the berm’s top will strengthen it as they develop and increase wildlife habitat. New stormwater pumping will reduce future flooding.

Norris added, “This is part of the Lake Ontario Shoreline Resiliency Project.” This program will protect the lakeshore’s shoreline and infrastructure, offer economic development opportunities, and control water levels for people and businesses. I’m delighted to have supported this program with local and state partners.”

John Syracuse, town supervisor, said, “The Town of Newfane is thrilled to break ground on its second REDI project with the help of the state and Governor Hochul. These transformative resiliency projects are already driving private investment, increasing tourism, and promoting economic development while keeping our communities safe from future flooding.”

New York State created REDI to strengthen the resilience of coastline communities and boost economic development in the region. Five REDI Regional Planning Committees were formed to identify local priorities, at-risk infrastructure and other assets, and public safety concerns. Through REDI, the state has pledged up to $300 million to flood-prone municipalities along Lake Ontario and the St. Lawrence River.

Since the state’s REDI program began in the spring of 2019, 134 local and regional projects have been funded, with 52 in the design process, 40 in construction, and 42 completed.

Howard University is developing a mixed-use building next to its main campus in Washington, D.C.’s Shaw neighborhood. Howard will transform the 1.85-acre property, currently utilized as parking lots, into a 10-story skyscraper with up to 500 residential units, 27,000 square feet of retail, and 246 below-grade parking spaces, as well as community facilities.

President Wayne A. I. Frederick commented, “We’re happy to join with another best-in-class team.” This project will provide accommodation and retail space for Howard students, teachers, employees, visitors, and neighbors. We endorse the district’s objective of creating 36,000 additional homes by 2025 to fight rising housing costs.

“Our team is working closely with Howard University to develop and execute plans and initiatives for the parcel that are consistent with the university’s objective to be a supporting resource for and contributor to the surrounding community,” said Mark Rivers, executive vice president, Lowe. This comprises a set of mission-oriented objectives to expose Howard students to jobs in real estate, design, engineering, and hotel management and to allow minority-owned enterprises to participate in the project’s development.

This project fulfills and develops the concept for the Howard Town Center Area Sub-District outlined in the District of Columbia’s DUKE Framework, a plan to rehabilitate this historic community as a cultural destination. Howard University refers to this area as the Duke District, a homage to the neighborhood’s past as an important economic, cultural, social, and institutional hub of a proud and accomplished African American community. This proposal will expand on Howard’s traditional street grid reunification by extending W Street with a public plaza.

“This project is another illustration of Howard’s approach to using long-term ground lease agreements,” said Anthony Freeman, head of Real Estate Development and Capital Asset Management (REDCAM). According to Howard Forward, the university plans to construct 3 million square feet in the Duke District. This project will help actualize the Duke District by establishing a lively, connected neighborhood and building on our work at The Reverb with MRP, the Bond Bread/WRECO Garage site with Menkiti Group, Fivesquares, and EDENS, and Lot 3 with Quadrangle, Capstone, and EDENS.

Howard University is maximizing its real estate portfolio with this deal. Howard has recruited a team of real estate, finance, and legal industry professionals, including Hayat Brown and Lerch Early & Brewer.

The Lowe-led team is developing the site with USAA Real Estate, with whom Lowe earlier constructed Park + Ford and the National Science Foundation in Alexandria, Virginia. JLL helped the developer secure bridging finance from Eagle Bank. Fall 2023 is the start date.

Natural gas-fired power plant construction near Lordstown should begin in October and take 39 months, according to a business executive.

He spoke Wednesday before the Western Reserve Port Authority board, which decided to include the project in its capital lease program and award a sales tax exemption, saving the company $6 million in building materials sales taxes.

It’s a way for Ohio ports to exempt sales tax on construction goods.

The port authority will own the facility, not the equipment, and lease it to Clean Energy Future-Trumbull for at least five years.

Most materials in major ventures like the Trumbull Energy Center are acquired outside of Ohio and shipped in.

Many companies buy locally, but not much. They’re not going to Home Depot for a light switch; it’s big and much of it comes from other states, said port authority executive director Anthony Trevena.

Remillard said 22 full-time employees will manage the factory, although local contract labor is used for insulation, painting, and maintenance.

Ed Muransky: “Every project is distinctive.” This one has 40 jobs, which is great, but the two projects have $2.5 billion in construction activity. The infrastructure needs and other proposals far surpass the 40 jobs.

This year nearly sank because Lordstown authorities argued over which organization would provide water delivery.

The village’s Board of Public Affairs and council adopted a water service deal with Warren in July after weeks of debate.

The Committee on Foreign Investment in the U.S., part of the U.S. The Treasury approved the project on Sept. 15 after reviewing its implications for national security.

South Korean firms possess the majority of the company’s shares.

Also in Lordstown are the $2.3 billion Ultium Cells manufacturing facility and a HomeGoods distribution hub.

Overall, we have discussed that Sterling’s E-Infrastructure Solutions has been awarded $45 million by the Joint Development Authority to develop a Rivian Electric Vehicle (EV) plant, where the initial two phases of site construction cover 500 acres in East Atlanta.

Newfane, Niagara County, received roughly $1.3 million from the state’s Resiliency and Economic Development Initiative (REDI) to finish the flood resiliency project, and the beginning of construction was announced by DEC Commissioner Basil Seggos.

Howard University is developing a mixed-use building and will transform 1.85 acres of parking lots into a 10-story skyscraper with 500 residential units, 27,000 square feet of retail, and 246 below-grade parking spaces.

In the month of October, the construction of the natural gas-fired power plant near Lordstown will start and will take 39 months to complete.

Building set to start on The Launch at ICW