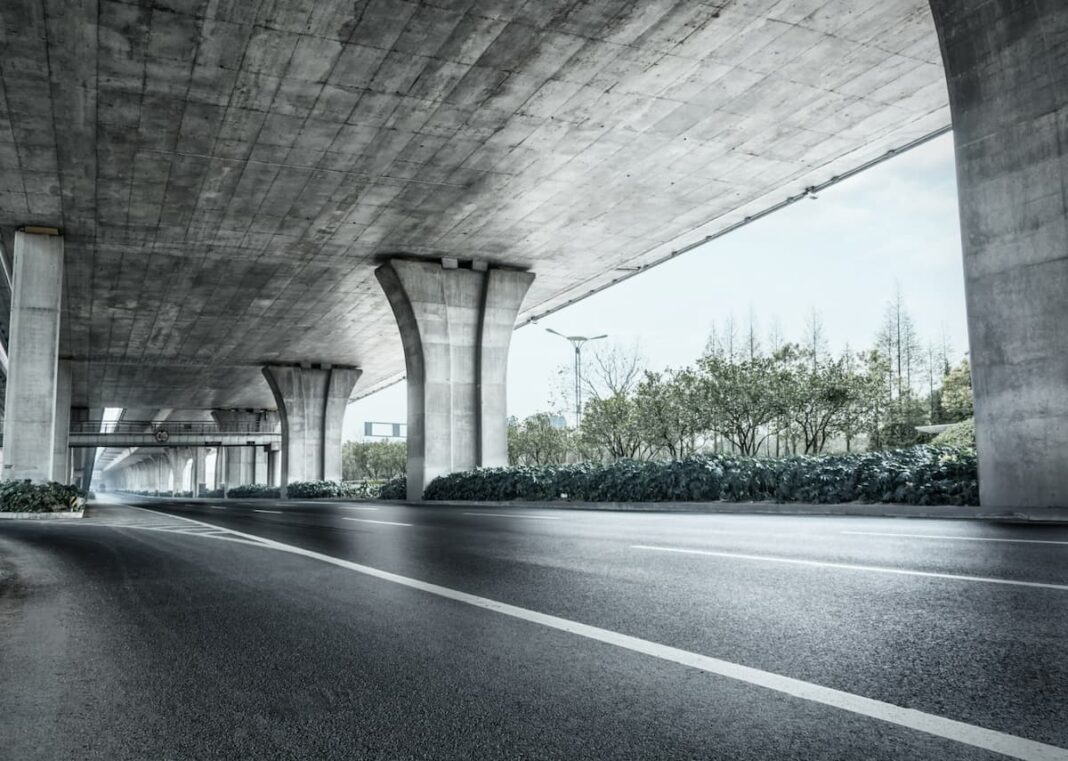 In today’s news, we will look at the KCS that has started construction on both the U.S. and Canadian sides of the new international railroad bridge. On November 1st, Beacon Building Products acquired Coastal Construction Products of Jacksonville. According to recently revealed plans, a new computer science facility and apartment building will be built adjacent to 185 Nassau Street. On November 1st, Orbex announced that it had secured permission to construct a rocket launch facility in northern Scotland by 2023. The City Council approved a development agreement for CityPlace at a special meeting held on Tuesday night. The Hampshire Street, Main Street, and Aberdeen Avenue Improvement Projects Have Been Announced, according to the Traffic Department.

The new bridge between Laredo, Texas to Nuevo Laredo, Tamaulipas, will be finished in 2024.

KCS broke ground on both sides of the new international train bridge.

This new bridge will connect Texas and Mexico.

The replacement bridge is expected to be finished by 2024.

The new international bridge will be built with private KCS financing.

The new bridge will be built 35ft from the present bridge to allow trains to run in both directions simultaneously.

Construction workers from the US and Mexico will work simultaneously to build the 1,150ft bridge.

The project includes replacing the KCS Operations Security Building in Nuevo Laredo and renovating the DHS/CBP building in Laredo.

The single-track bridge is the sole Rio Grande River railroad crossing between Laredo and Nuevo Laredo.

KCS is in the project engineering and design phase after securing US and Mexican building permits.

The second span of the International Bridge will keep Laredo-Nuevo Laredo at the hub of North American trade, making this critical USMCA trade corridor safer, more fluid, and secure, and reduce traffic congestion in Laredo and Nuevo Laredo.

The planned combination of Canadian Pacific and KCS, subject to regulatory clearance, will connect customers on both sides of the border to new markets, boost competition in the US rail network, and accelerate economic growth across North America.

Beacon said Coastal Construction is one of the largest independent waterproofing distributors in the U.S.

This is Beacon’s fifth acquisition in a year.

Expanding access to waterproofing goods nationwide improves our value proposition to commercial and multifamily customers and allows us to develop more together.

The Princeton Planning Board authorized designs for a new apartment building at 185 Nassau St. that will feature market-rate and affordable units on Oct. 13.

This is one of Princeton’s busiest construction periods.

It will be named for former Google CEO Eric Schmidt ’76 and philanthropist Wendy Schmidt. The pair previously endowed the Eric and Wendy Schmidt Transformative Technology Fund (EWSF) in 2009 and a new Indigenous studies professorship in 2020.

It’s across from the Frist Campus Center, and [Computer Science] is the most popular department for undergraduates, so it gives them a vital location in the heart of campus, McCoy said.

Guyot Hall is home to Environmental Studies and the Department of Geosciences, which will move to ES + SEAS in 2025.

McCoy said the building’s design was influenced by its potential use.

“It’s crucial that faculty feel at home,” he remarked.

A glass “bridge” will connect Guyot Hall to the new building. McCoy said the crew would protect Guyot’s 1909 exterior, which he called “crusty and ornate, but we adore it.”

In addition, a new entrance will be created on Goheen Walk. The buildings that border Goheen Walk will be dismantled to create a courtyard and a new building on the west side of the new complex.

Christopher DeGrezia, the project’s land use lawyer, said this is a concept plan, not the final proposal. Proposal lacked a timeline.

“It provides us a chance to talk about it and hear criticism, which is helpful,” he said.

Later in the meeting, the planning board approved designs for a new apartment building next to the Visual Arts building at 185 Nassau Street. Five-story skyscraper with 45 market-rate and affordable units.

“The Affordable Housing Overlay Zones were created to offer a realistic opportunity for affordable housing and to comply with the Municipality’s constitutional obligation to provide housing for low- and moderate-income households,” said Mia Sacks, chair of Council’s Affordable Housing, Planning and Redevelopment Committee.

Jefferey Whetstone, director of the visual arts department, told the ‘Prince’ he didn’t think the new residences would disrupt his professors or students.

“I’m sure [the construction noise] will harm us, but there’s plenty of noise in our building with students making stuff,” he said.

Sacks explained how the new building will address these issues.

All of these applications strengthen the Nassau Street corridor’s development pattern, preserving the streetscape. The rules encourage car-free living in the city core, which is good for business and the environment, Sacks wrote. “We spent months talking with planners, architects, attorneys, and historians to get these rules right, and 195 Nassau typifies all we wanted to do.”

Orbex said Nov. 1 it has received agreements to build a launch facility in northern Scotland for its rocket by 2023.

The station will host up to 12 launches per year of the company’s Prime small launch vehicle. The site will be completed in 2023, Orbex CEO Chris Larmour told SpaceNews.

Orbex did not identify the facilities that will be erected there, but one illustration showed a simple launch pad. Orbex will pay for the site’s construction and operation over three years, according to Larmour.

Orbex announced the spaceport two weeks after closing a Series C fundraising round. Jacobs, a U.S. engineering corporation, is one of the new investors. It’s the prime contractor for NASA’s Space Launch System ground systems. Jacobs will build the spaceport.

The U.K. began planning the Sutherland Spaceport in 2018. The Space Agency chose a site for a vertical launch facility. Lockheed Martin and Orbex were also awarded launch contracts.

Orbex Prime launches will use the spaceport. Larmour stated Orbex is the first European launcher business to handle a spaceport. It’s a competitive advantage for the company that will make working with customers easier as we grow.

Sutherland or SaxaVord won’t host the first UK orbital launch. LauncherOne is at Spaceport Cornwall in southwest England preparing for its “Start Me Up” mission. Launch is anticipated for November, subject U.K. approval. ICAO.

Original Source: Construction to start on CityPlace as soon as next week

The new deal allows a staged approach to building, speeding up the process and allowing the first phase to begin next week.

The council voted to replace the original agreement between the city and Don Sinex with a new one. His share in the project was bought out this year by CityPlace Partners, which has tried to revitalize the project in downtown Burlington.

At the meeting, Mayor Miro Weinberger congratulated the partners, stating he “can’t think of a finer partner for the city to move forward.”

“We’re close to a huge milestone,” Weinberger told the council.

Many councilors thanked the government and developers before the vote, which was missed by Perri Freeman, P-Central District.

Ben Traverse, D-Ward 5, said it’s a “positive problem” that people want to live in Burlington, but it’s made the city less affordable as rents have surged in a tight housing market.

“One of the key ways we can solve it is introducing a lot more housing — especially affordable housing — to our town, so I’m pleased that we can go back to our communities and our people today and say, ‘We are closer than ever to putting shovels in the ground,’” Traverse said.

Though all councilors who talked were excited about moving forward, Ali Dieng, I-Ward 7, was nervous.

“My only fear is going from the pit to the podium,” Dieng stated. But I don’t want this podium to become the new pit.

The podium will be a shared garage and first level, says project attorney Tim Sampson of Downs Rachlin Martin.

Developers and the city signed a 114-page development agreement. The developers aim to build retail and residential structures and connect Saint Paul and Pine streets.

On the council agenda was a memo from Sampson. At Tuesday’s meeting, he revealed amendments to the original agreement.

The first alteration permits building, per the document. Previous agreements required entire money before building could begin. The new agreement allows the developers to start work on the “podium” phase of the skyscraper before finalizing funding and construction contracts.

The new deal changes timeframes for tax increment financing, a public-private collaboration to finance infrastructure and development. Vermont delayed TIF deadlines, so the new agreement has to reflect that, said Sampson.

The city proposed the final amendment to the amended agreement, Sampson said. It says the city is seeking up to $15 million in federal awards that, if won, could provide an “alternative source of money for public improvements to roadways and sidewalks in and around the project.”

The Port, Kendall Square, and Central Square will be connected by Main Street. From Lafayette Square (near Central Square) to Vassar Street, we’ll create quick-build bike lanes (near MIT).

We’ll create quick-build separated bike lanes on Aberdeen Avenue between Huron Street and Mt. Auburn Street as part of the intersection improvement project. The project includes traffic signal phasing improvements to improve safety and transit reliability. The signal modification may include some construction, but parking shouldn’t be affected.

We won’t dig or change the road’s width or shape for quick-build projects. Paint, flex-posts, new signs, traffic signal modifications, and signal timing are used instead. These methods allow us to alter streets faster and make improvements after a design is established. The Mt. Auburn/Aberdeen project will feature signal changes but quick-build bike lanes.

The City will organize community meetings for each project to explain changes, seek feedback on safety concerns and how people utilize the roadway, and present design ideas. Subscribe to the above email lists or the City’s daily newsletters for project updates.

The Hampshire Street Safety Improvement Project will hold an open house on November 7 and a virtual meeting on November 15. In the following months, look for more details on Main Street and Aberdeen Avenue.

Overall, we discussed today KCS has broken ground on both sides of a new Texas-Mexico train bridge. New bridge completion is set for 2024. In a November 1st transaction, Beacon Building Products bought Coastal Construction Products, one of the largest independently owned waterproofing distributors in the US. On Oct. 13, the Princeton Planning Board authorized plans for 185 Nassau St. With aid from Highlands and Islands Enterprise, Orbex leased a 10-acre area in neo-traditional Scotland (HIE). 25 years on a 50 year lease. HIE rents from Melness Crofters’ Estate. The City Council adopted a plan for CityPlace. The new arrangement allows development in phases, with the first starting next week. In 2022 and 2023, Cambridge’s Traffic, Parking, and Transportation Department will begin public outreach for the projects.